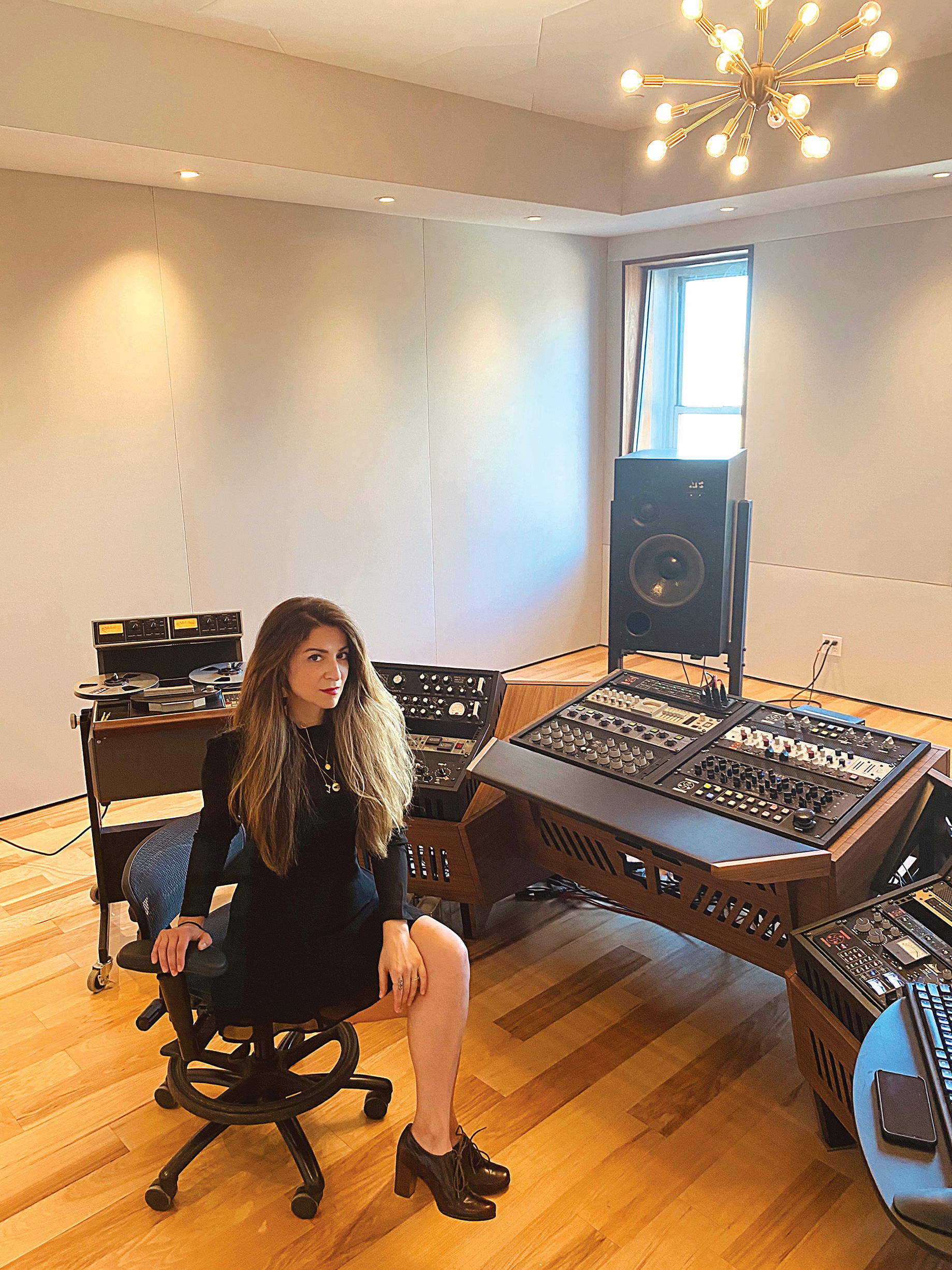 What do Björk, Beach House, Slowdive, Liturgy, !!!, The Mars Volta, Deerhunter, Explosions in the Sky, serpentwithfeet, and Ryuichi Sakamoto all have in common? Mastering and mixing engineer Heba Kadry. Born and raised in Egypt and now residing in Brooklyn, New York, Heba has become a cornerstone of the music community.

I’ve developed several analogies over the years. My favorite one is from Miho Hatori from Cibo Matto. She said that a mastering engineer is basically like an art curator. The art is finished; it’s pretty much complete. But a curator has to find the right space and the right pieces. You have to tie them together in a journey, select the framework, select the lighting, and select the placement. [You need to] create the journey that makes it feel like an experience.

What made you want to move into mastering?

I was an engineer in my mid-20s. After Egypt, I was an engineer at this studio in Houston, called SugarHill Recording Studios. It has an amazing history. It’s actually the oldest continuously-operating studio in the United States. Being a midnight-to-dawn engineer, I got the dregs of the Houston music scene. The learning experience was wonderful, but I couldn’t find myself. I loved recording, but I was too intimidated to mix. I was like, “Well, mastering is this last frontier that I know nothing about, so why don’t I check that out?” I knew New York was the place to be to do mastering. It was so naïve, honestly. I sold my car, packed my bags, quit, and declared, “I’m going to start from scratch and see how it goes.”

I read that you attended a mastering panel at a TapeOpCon in New Orleans.

That was a turning point for me. I didn’t know anything about mastering. I went there with all the SugarHill crew. I heard Greg Calbi [Tape Op #86] speak at this conference. It was wonderful to listen to him talk about his work process. There was something about mastering that seemed very soothing. Any mastering engineer that I saw or met at the conference seemed so collected and together; like such a soothing, inspiring person. I decided this was something I needed to investigate.

So you packed up and went to New York?

Yeah. I interned at a big studio in the city. I couldn’t get my foot in as an engineer, but I got hired as a studio manager. I would go into the studio and try to figure something out. I started to get to know bands, and I worked on a band that were friends of mine. They were signed to the Thrill Jockey label in Chicago. Bettina [Richards] at Thrill Jockey said, “Hey, I have this new band I signed, and they have their new album. Do you want to work on it?” It turned out to be Future Islands. That was a launching pad for me. At that point, after doing it for a little bit longer, I thought, “You know, it’s time to do this on my own.” Then I partnered with Timeless Mastering. I was there for about six years. Now I’m building my own studio.

Building a studio in New York is pure and utter pain. It’s amazing anyone still builds anything in the city. But I do love the city, and I do believe in it. It took six months to find the right space. I can’t afford to buy a space in the city, so I have to lease. The leases are really short, and the landlords don’t want you to build anything. It took me a while until I found a spot in Dumbo. The landlord’s pretty chill. I’m working with this amazing designer, Jim Keller, of Sondhus. He’d never done a full mastering room, so he was excited to work with me. We got the design sorted, but the construction… Permitting is a nightmare. It took a long time to get that sorted, but we are very close to the finish line. It’s a cool room; nice and big. It’s got windows, which is pretty crucial for me. At this point in my career, I think it felt like the right time.

Where are you working in the meantime?

I am sharing with Josh [Bonati, Bonati Mastering]. He’s a mastering engineer in Brooklyn, and he also happens to be my husband. I am working out of his space during the night. It’s a...

What's your history? I know you've worked with reggae producer Nick Manasseh in the past. I played in band when I was a kid and then kind of got tired of that. As a reaction, I went into completely...