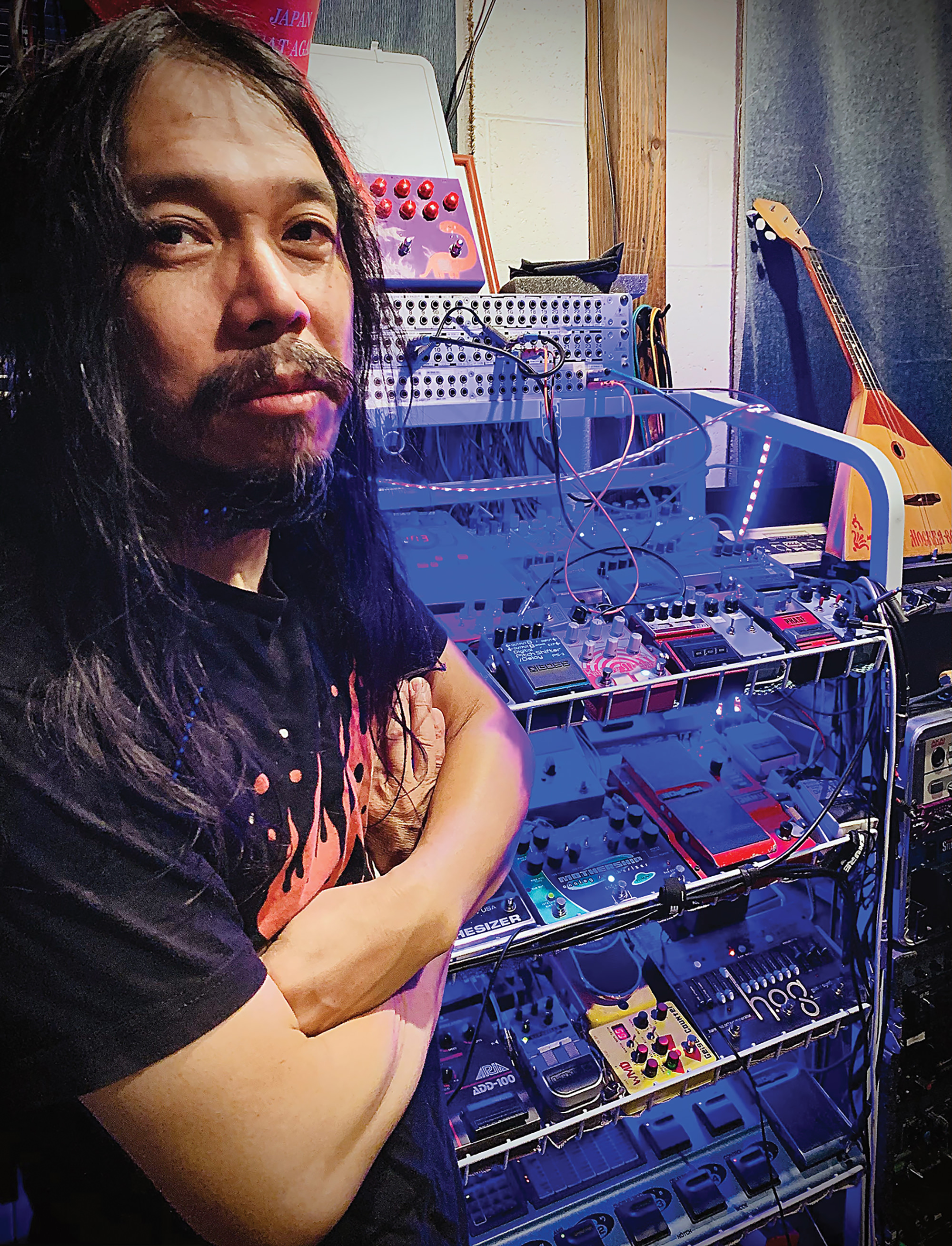 I’d met engineer/musician Toshi Kasai and Melvins drummer Dale Crover when they spotted me at a NAMM Show years ago. We had a blast chatting, and while editing the Melvins' interview for this issue I realized I’d better get Toshi’s perspective on his long collaboration with the band and his studio that they share, Sound of Sirens.

You were born in Japan. How did you end up in the U.S. running a studio?

I came here in ‘97 and went to a recording school called Los Angeles Recording Workshop. Now it’s Los Angeles Recording School. I became good friends with their office guys there, and they sent me a bunch of internships at a few studios and smaller record labels. I worked at the school too a little bit as a tutor and then a substitute teacher. That was cool, because I had more pressure to know everything. Then I ended up at a studio called Hook [Sound Studios] for seven years. I met a bunch of bands there.

Hook’s not around anymore?

You were a house engineer?

House engineer or chief engineer. I was pretty much by myself. There was a voiceover room, but the engineer there didn’t work with me; he did his own thing. I had an assistant later, the last couple of years. I did everything, from producing to being a runner. Hook was a smaller studio, started by Michael Omartian, who’d produced Michael Bolton and Christopher Cross. He built the studio, and then my old boss, Mike Frenchik, took over. I worked with big names and big-time producer/engineers. Hook had an excellent microphone collection.

What techniques did you pick up from other engineers working there?

I was focused on producing techniques more than engineering. I was hugely influenced by Mark Endert; he’d recorded Fiona Apple, Madonna, and Vertical Horizon. He was one of the biggest clients and an amazing engineer. But with producing, I learned a lot. It’s more about people connections than technique. Making the musicians feel comfortable and allowing them to feel freedom during the creative process. It’s, “Hey, this is an idea. Why don’t you try this?” I learned from both sides. Good producers and bad producers. That was an amazing experience at the studios.

To see different people working and producing has got to be invaluable.

Yes. For example, when I worked with Eddie Kramer [Tape Op #24], I was very inspired by not only his recording technique but also his enthusiasm and concentration towards the project. At that time, he was 62 years old, and he was running around the studio to find the best wah pedal for a guitar part on a song.

Meeting the Melvins happened after working with Tool?

Tool came for guitar and bass overdubs. That was a great experience. Then Tool introduced me to the Melvins. That’s how I met those guys, when the Melvins came into the studio. Tool’s guitar player, Adam Jones, I owe him so much. He introduced me to so many bands. Danny Carey [drums], too. Then the Melvins introduced me to thousands of people, including the Big Business guys. I learned the attitude of being a musician. Musicians are some of the most eccentric characters to deal with. In the studio, I learned to pick up on what they want and need to musically express themselves. In those seven years at Hook I gained confidence with this. I think that helped a lot.

Once you worked with the Melvins you guys hit it off. What was it about them and their music and the personalities that works between all you guys?

At that time, they were a three-piece, with Kevin [Rutmanis, bass], Dale [Crover, drums], and Buzz [Osborne, guitar/vocals]. Those guys aren’t afraid to be different. That attitude totally mirrored my idea of making music. The Melvins like the music I enjoy. Working for other mainstream, bigger people, I don’t know how many times I wanted to quit. I was in my late 20s or 30s and I’d have to run for 21-year-old kids. “Why am I doing this?” Then the Melvins showed up and it was like, “This is it!” I didn’t ask them, “Hey, can I keep working?” It happened. Dale and I are pretty close, so we started hanging out. The same thing happened with Tool. Adam lives pretty close to my apartment where I used to live. He invited me over, and then I got to know them.