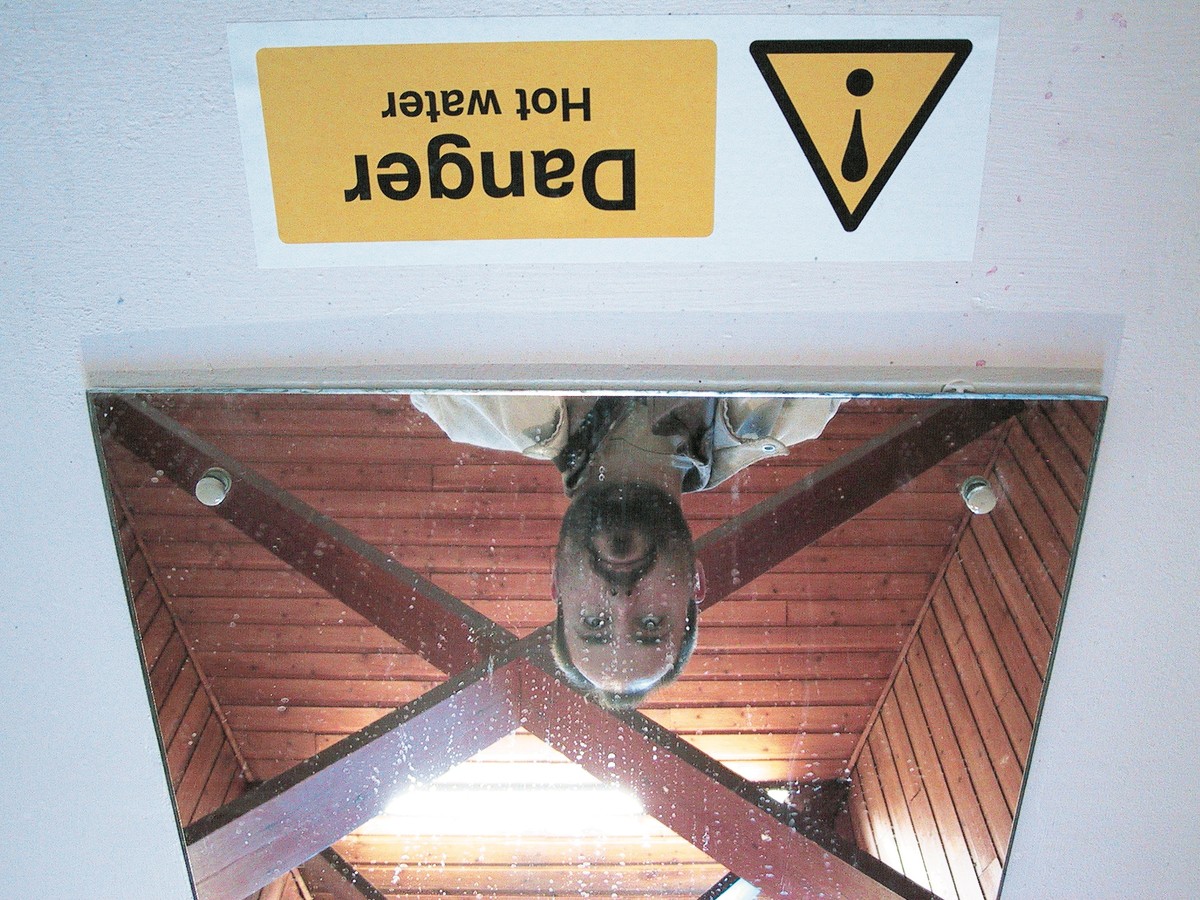 Keith Fullerton Whitman, aka Hrvatski, is a record buying addict who blends experimental drum 'n' bass, academic music and his washer and dryer into some very exciting and listenable music. I was first introduced to Keith's music when I borrowed Oiseaux 96- 98 from a friend. I had heard about Hrvatski prior to hearing the record and had expected something with far less live instrumentation. I thought it would be more like Kid606 or Matmos records than old Pink Floyd albums mixed with complex drum 'n' bass beats. I bought my own copy of Oiseaux 96-98 a few days later and listened to it over and over. Then I started lending my copy to friends who normally listen to "rock" music like Shellac or My Bloody Valentine [Tape Op #26]. They too went out and bought a copy to listen to over and over. More than 2 years has gone by since then and I still think of Oiseaux 96-98 as one of the best experimental electronic records that "rock" type people can enjoy. Keith has a wide range of material from spastic cut-up drum 'n' bass rhythms to electro-acoustic drones and has had songs and records released on Planet- Mu, Kranky and on his own Reckankreuzungs- klankewerkzeuge (RKK) label (to mention a few). This combination could only be expected from someone who used to write "The Metal Detector" for Guitar World magazine, studied at Berklee College of Music and worked as an employee of Forced Exposure.

First off, I want to just talk about Oiseaux now that it's been a few years since its release. The album has been very influential to many people in the IDM [Intelligent Dance Music] scene. I just wanted to get a few words on how you feel about it today.

Well, I still like those pieces, and I'm pretty proud of them. I feel like some of the productions I dated poorly, obviously, like my overuse of drum breaks. Especially the "Amen". It was a great idea at the time because all I wanted to do was listen to tracks with the "Amen" break in them.* And, a year later I completely changed my mind and got so sick of it. I still like the music. I liked the way everything worked together. It's really kind of magical, I didn't use any pitch or time correction at all... at all! Everything that fits together is just a complete happy accident. It's just loops, that when put in a sampler and sped up or sped down that way, completely lock in speed and key. Some of those tracks, like on "Ghatham", there were 6 or 7 different samples that just happened to be completely in time with each other and completely in key with each other. And they're all from different songs, and they're all from different kinds of music. It's kind of amazing that it happened to work out. Some of it is less of an accident, I had a nice sample and I played other instruments to it.

On other songs like "Routine Exercise" there's this brass orchestra, were those samples from other pieces?

That's actually a piece by this composer named Alois Haba who's a contemporary of Bartok and Zoltan Kodaly. He traveled around Hungary and Transylvania in the early 20th century, making field recordings of folk music. He wrote a lot of music as well. Mainly the stuff that I'm interested in of his is his quartertone stuff. He wrote quartertone trombone quintets, and quartertone brass quartets and tons of quartertone piano pieces that are really interesting... a lot of the same quartertone stuff that Ives was doing, but has this neat Eastern swing to it. Kinda like weird tonalities, because he's using this kind of in-between-the-keys kind of notes, but kind of making this exotic music. That brass quartet specifically, I sampled the entire piece. It's 45 seconds long. It's only 8 bars.

And you just looped it in various ways?

Yeah, I just put it in the sampler and moved it around a bit so that it would fit. I think it's just called "Quartertone Brass Quartet" or something like that. But it's the whole piece. I got the score and I wanted to try and record it because there hadn't been a recording of it. And it was literally like, I was working on music, and then I walked into Tower [Records], and found the Complete Works of Alois Haba on a triple CD. I just freaked out. I bought it, went home and I made the track that day. It was this bad recording from the '70s. I did clean that one up a little bit. I ran it through some plug-ins like Finalator or something to synthesize some high-end because it was really dull. I used it straight out of the computer into the sampler and just worked from there.

Were there any other recordings of composers you had used or made for Oiseaux?

Yeah there's some. I mean that track "Atelier", the main hook is actually from a tribute LP of George Maciunas, who is the main Fluxus guy. It's this groovy track in the middle of the Fluxus tribute LP, so I sampled it. I thought it was interesting. And, also some of the slow piano. Not much else, but I kinda had that idea when I first started. I wanted to make all these tracks and sample 20th Century classical music. Just because it's a lot of what I listened to and I thought it would be a neat and subversive thing to do. To get kids to kind of have that vocabulary in their head. To know John...

I interviewed Bob Weston in 2000 [Tape Op #18] about his music recording career to date. Bob and I remained in touch, and along the way I met Jason Ward, another studio guy who toured as a live...