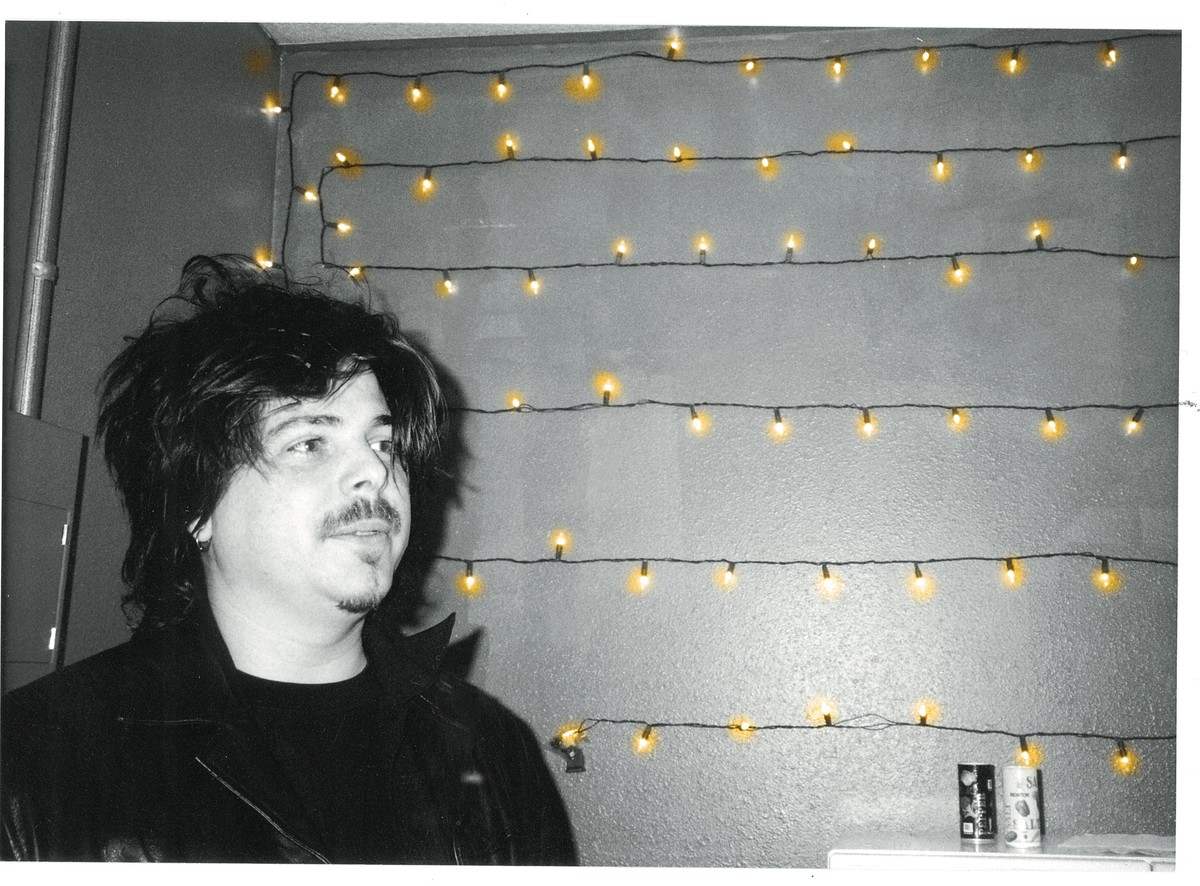 John Goodmanson inhabits a unique place in the world of recording. Frequently traversing the country from his Seattle base to mix projects by major label artists like Wu-Tang Clan and Blondie, his stellar reputation was made as an excellent engineer and producer of the finest indie bands. Sleater-Kinney, Geraldine Fibbers, Blonde Redhead, Silkworm, and Harvey Danger are among the many artists from his growing discography. The fact that he is often asked back to record follow-up projects speaks volumes of how well-liked and effective he is. Being in demand, however, has its challenges, as Goodmanson strives to maintain a foot in both the major label and independent music worlds.

Whether working on his own, side-by-side with long time collaborator Steve Fisk, or more recently with Steve Thompson on major label projects, Goodmanson is adept at encouraging and capturing peak emotional performances from bands, and obtaining killer sounds regardless of the style of music. His mixes are a study in dynamic manipulation and control. He is also a humorously self-effacing, nonchalant, and positive guy — an ideal personality, if you're a musician, to have on the other side of the glass.

Goodmanson is a graduate of Washington's premier institution of liberal/progressive education, The Evergreen State College in Olympia. The college has several multi-track studios including a 16-track room with a pretty sweet API and a beat up Ampex MM1200, some cool outboard gear and microphones that students can check out from Media Loan, an electronic music lab, and even, when I was a student there 13 years ago, a monstrous Buchla synth. Despite the excellent gear and fine instructors, Evergreen should not be misperceived as a recording school. At Evergreen, Goodmanson delved into every aspect of audio engineering, became music director at KAOS radio, played with his band Dangermouse, involved himself with the ubiquitous student concert series, yet laughs that he "emerged from there with the worst sounding demo of anyone that had ever applied at a recording studio. 'Cause they're totally not about being competitive in the real world at all, they're completely on the theory side and nothing on the practical side."

Nevertheless, he had a great college experience, and after graduation moved directly into a job at the former Music Source, on Seattle's Capitol Hill. Here he recorded bands at night and cut commercials and dialogue replacement (for the TV show "Northern Exposure") during the day, often working 80 hour weeks. It was at the Music Source that John began his collaboration with producer/composer Steve Fisk, himself a former 'Greener, and learned many tricks of the trade — how to work lightning fast, learn by trial and error (and "trial by fire"), and how to deal with artists ranging from hip-hop to punk rock.

Goodmanson realized a longstanding goal to start his own studio when he left the Music Source. Together with Stuart Hallerman [Tape Op #18], owner of Avast! Recording, he opened John and Stu's Place in 1993. Surely John knew he made the right move, explaining: "[I opened] my studio, two weeks later Eddie Vedder's on the cover of Time Magazine, and he walks in the door, and it freaked me out. Those were my first clients at John and Stu's. Jeff [Ament] and Eddie doin' demos for Pearl Jam."

Were your experiences mostly positive owning your own studio?

Yeah it was awesome. You know there's not a lot of money in it. I started doing a lot of work out of town, and then the studio business kind of went south for a while, at the end of 2000. It was too expensive to keep a room sitting empty.

What was your basic setup over there?

It was an Otari 24-track and the Quad-Eight console. 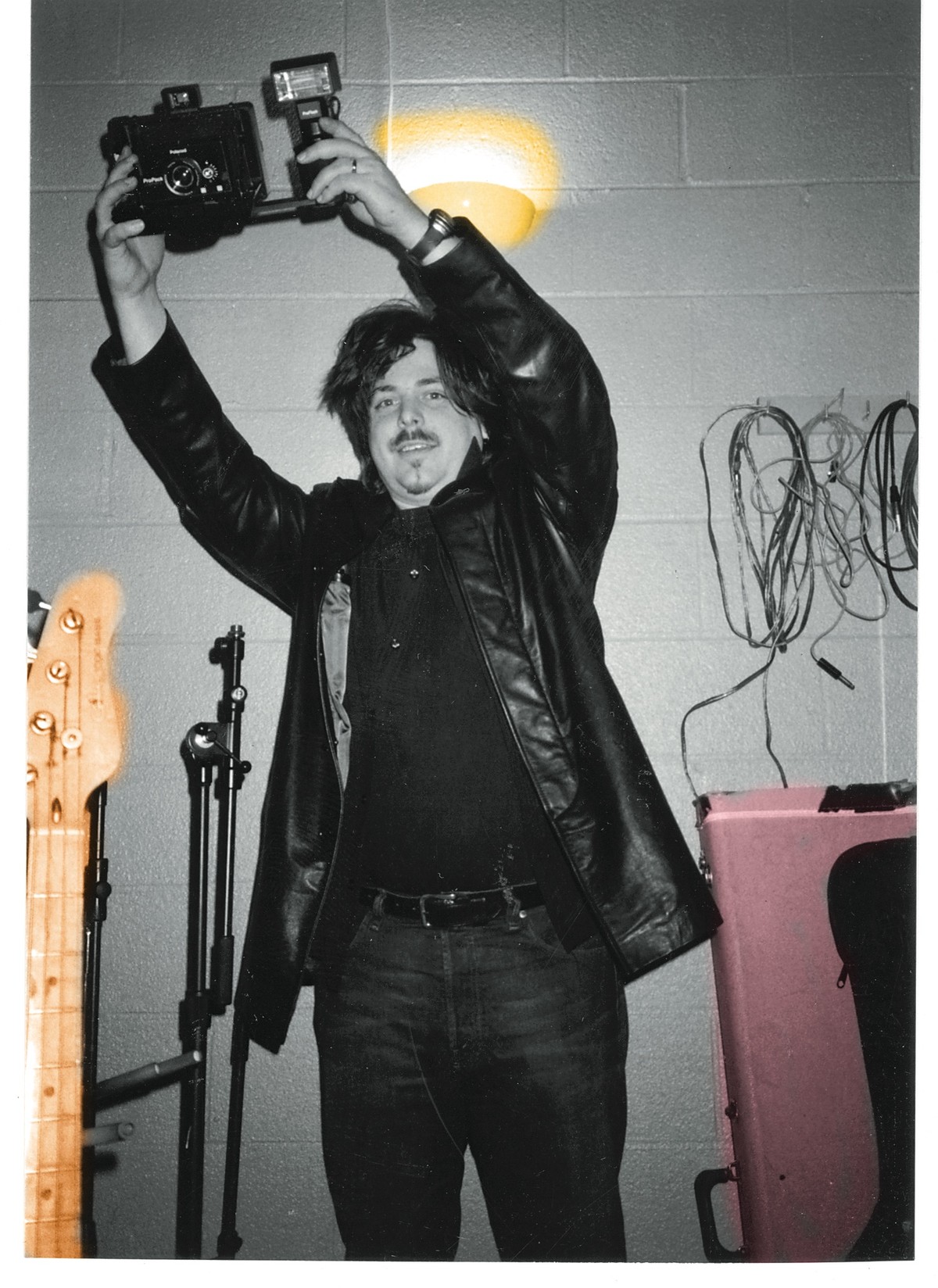 The Quad-Eight from the Hollywood Bowl, right?

Yeah. It's still a great board, man, but you gotta [maintain them]. I had Stuart's [Ampex MM] 1200 forever, which was the best sounding machine but you couldn't punch in on it.

And that studio used to be Reciprocal [Jack Endino's [Tape Op #13] place] and later Word of Mouth?

Yeah, and it was Triangle first, like back in the new wave days. [Note: the studio is now Hall of Justice, run by Chris Walla] [#111]

I have a really good memory for details like this, but I think I remember at Evergreen [Dangermouse] getting ready to play and you were running up and down the stairs trying to patch cables to the radio station upstairs.

It was always like that, and I had to drive to go pick someone up that was supposed to be playing, and I realized on the drive that one side of the entire mix was out of phase with the other, 'cause I had a mono radio in the car. This is a perfect example of student projects at Evergreen, 'cause we went in through some wacky patch cables some student had built, didn't check 'em, and on FM radio you know half the time it's summing to mono, especially a low wattage transmitter like that, so all you could hear was whatever the guy had panned. [long laughter] So it was like two guitars, some toms, no vocals. Just really bad. So we fixed that... 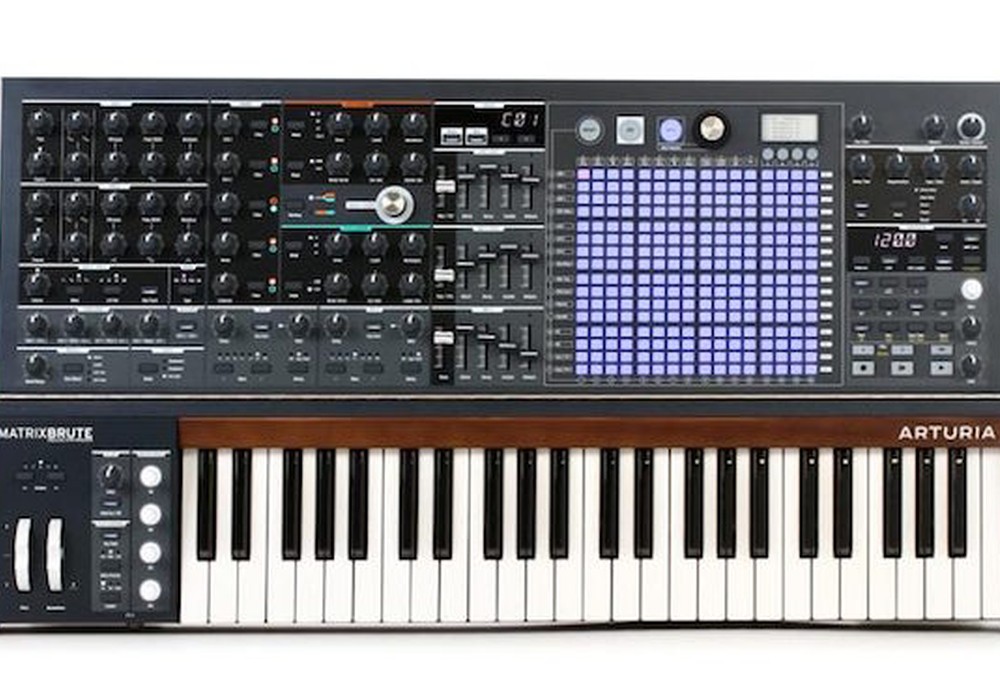 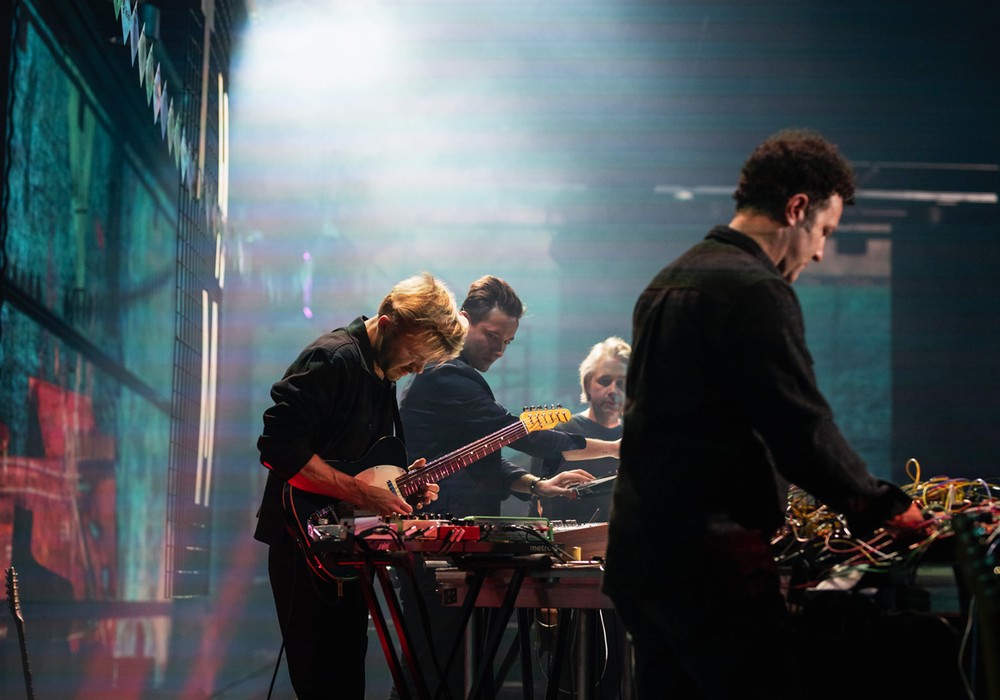 Themes: Converting a City to Music: An Interview with Alex Maiolo About Themes for Great Cities

In 1955, Louis Hardin (better known as Moondog) released a 7” single of field recordings called On the Streets of New York. In it, we hear the street musician performing on –– and... 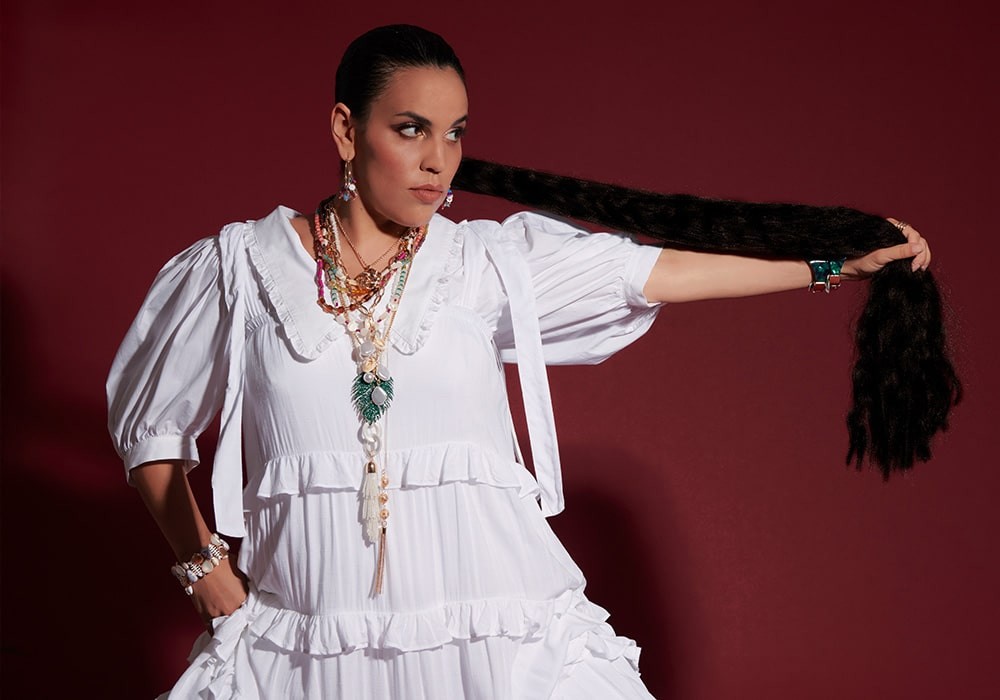 Xenia Rubinos could just as easily be on a bill with Flying Lotus and The Boredoms as she could with Erykah Badu and Esperanza Spalding [Tape Op #147]. Her unique genre-mixing of soul, punk, jazz,... 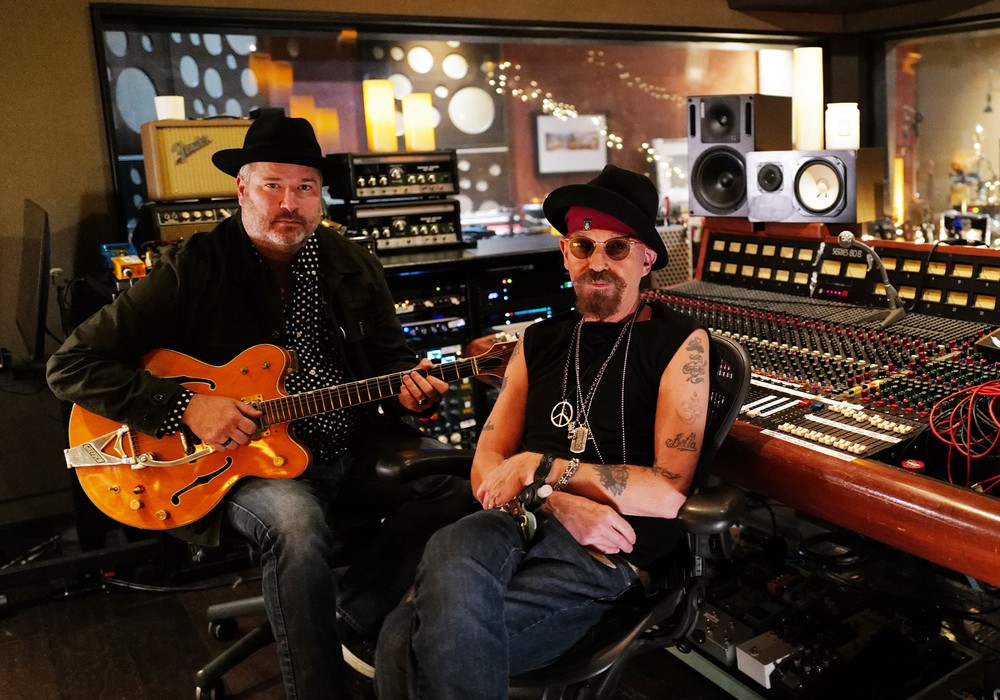 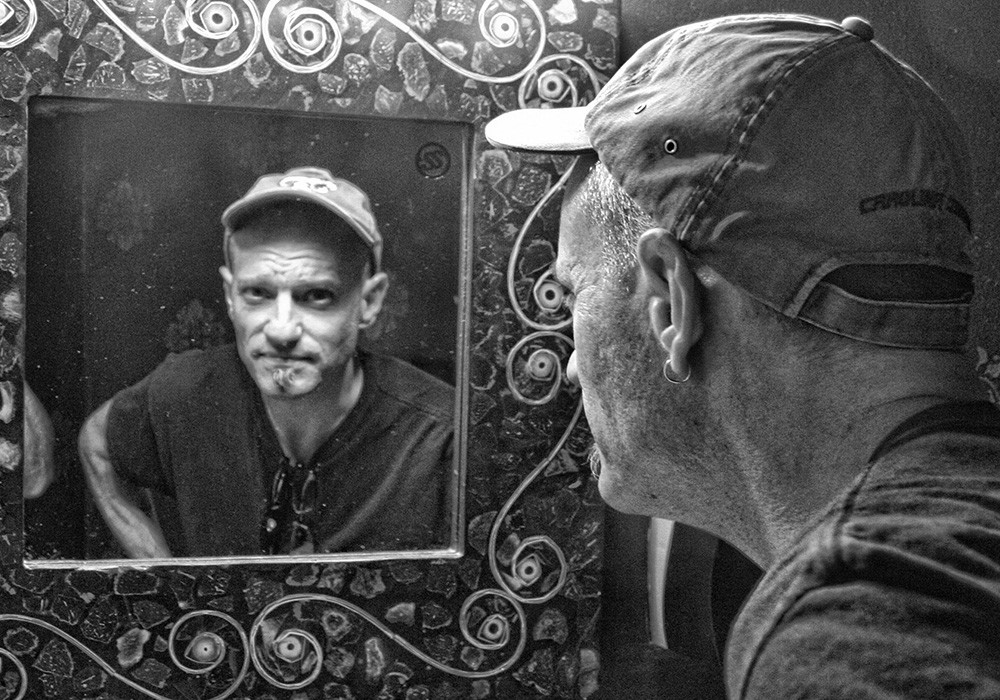 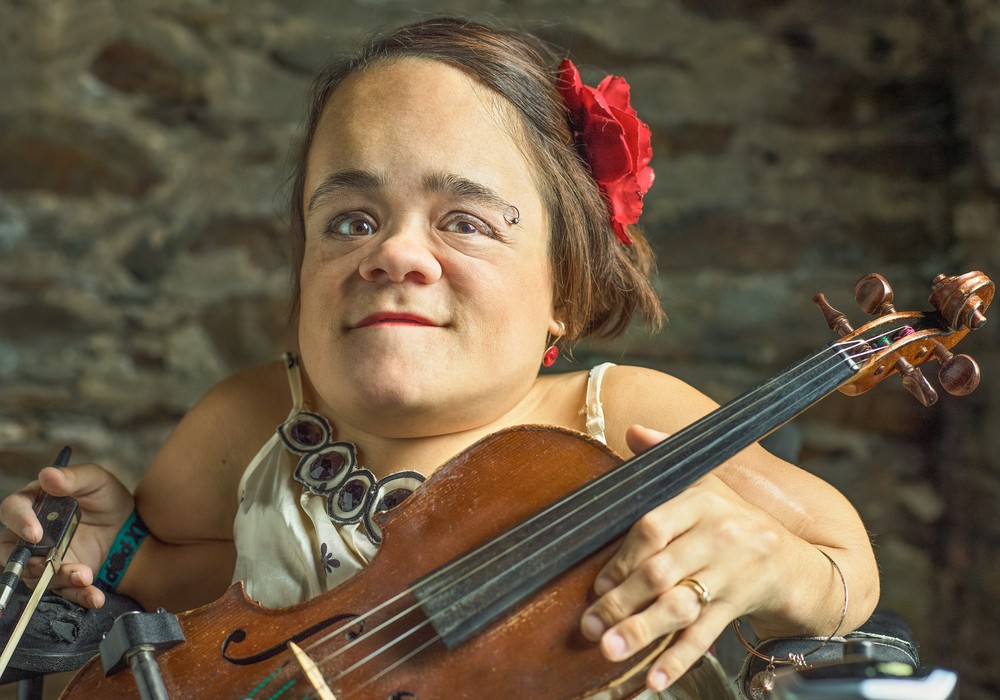 Gaelynn Lea is one of the most original musicians and songwriters working today. She also happens, by chance, to be a wheelchair user. Incredibly prolific, she has released three solo albums, as well...