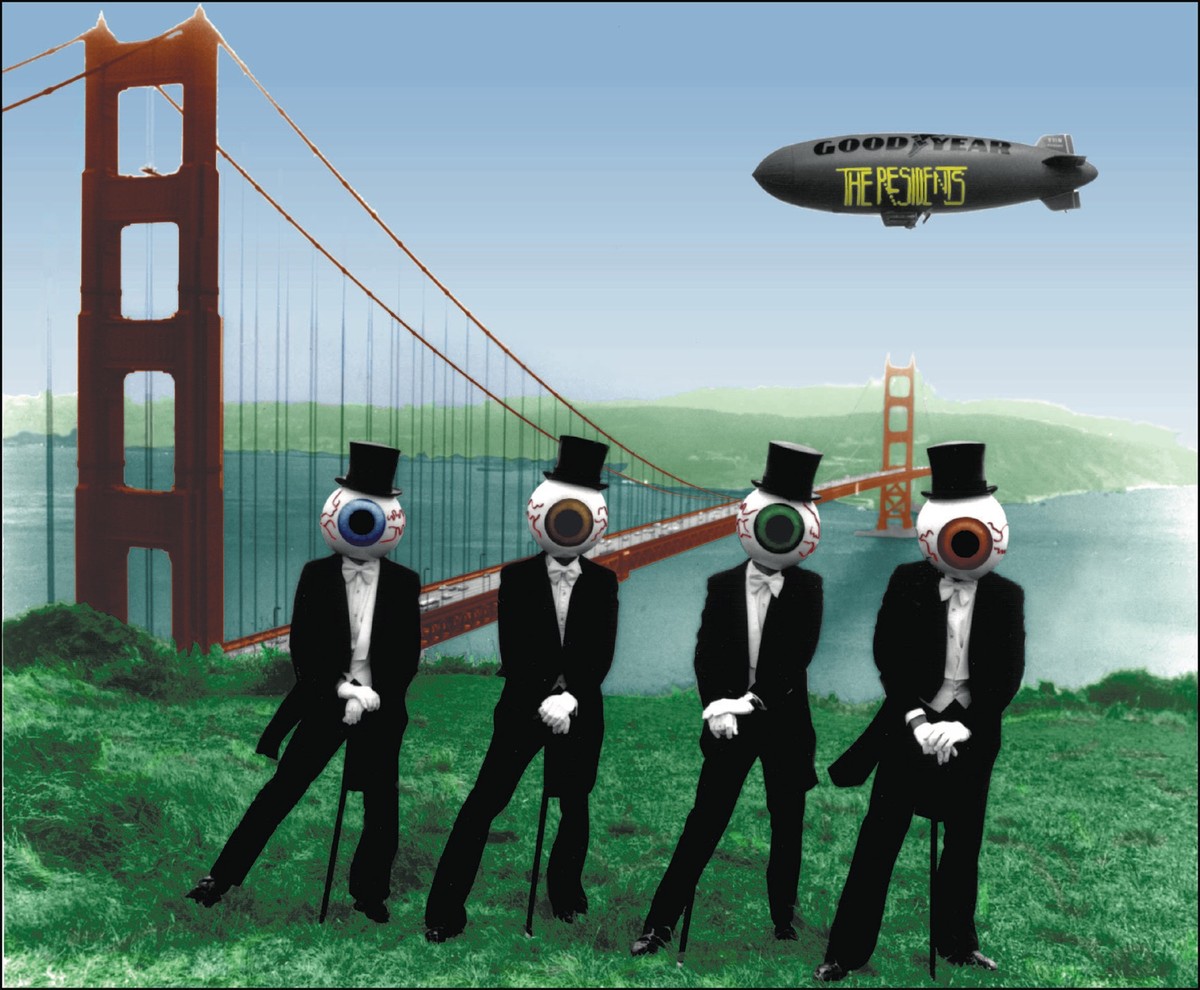 For over thirty years, the legendary, prolific and influential art group known as The Residents has been making interesting rock 'n' roll, pop and symphonic music and films that are never old. Their modus operandi is intellectual, logical, experimental, existential and yes, sometimes simple. The mass public does not know who The Residents are; instead, they have kept their identities a mystery — most remembered as appearing in public performances dressed in tuxedos and eyeball headpieces, and, of late, in costumes relating to the themes of their current projects. By focusing on their work and not who they are, every project is completely new.

Several of The Residents' albums are groundbreaking in many ways. They have created profound postmodern musical statements about music, in albums such as The Commercial Album — forty one-minute songs that are a breakdown of the formula of commercial music — or The Third Reich 'N' Roll — a challenging exercise in the editing, morphing and then some of popular singles. They also have created legendary music opuses. Eskimo is a story told with sonics, and the Mole Trilogy (a series of albums about a fictitious group of beings, the Moles and the Chubs) takes the narrative standpoint in a postmodern fashion via the culture's indigenous style of music — even making an album of an album by a 'group' in the story (The Big Bubble).

Like The Residents' identity, their process is also a mystery. This is due, in part, to the self- admitted memory malfunctions plaguing one of the group's long-time business and artistic entities, the philosophical Hardy Fox, who also functions as one of The Residents' spokespersons. (Then again, it's something that plagues us all at some point, especially when trying to remember the making of a record that took place over 20 years ago). The mystique of their process also stems from the fact that The Residents question whether knowing which console was used on a particular album is really valid in the grand scheme of things and whether it affects the enjoyment of the final product. It goes back to the ideas that many who make great records bring up: Over-analysis can stifle creation, if one is not careful. However, when listening to their albums, keep in mind that The Residents do embrace the newest technologies. They even allow them to dictate how their projects turn out, starting from the moment a box containing a new piece of equipment is opened, even if its operation is unknown at the outset.

During one early evening in Detroit last November before a Residents show (they were on tour for the immaculate and dark self-reflecting album about mortality, Demons Dance Alone), I managed to chat with Hardy Fox about the essential elements behind the ideas of making records and more.

So, I've read here and there that you are somewhat of The Residents' sound engineer?

"Not exactly" to "sorta". I have done a lot of sound work, primarily with recording gear. I call in professionals when a project requires professionalism, though. I am amused by sound. Does that count?

I suppose. Do you partake in their studio endeavors? And what's your function?

I don't have a traditional role, but lately I am really pushing for DVD development and expanded surround. But by the time this gets published I will probably be off doing something else.

You would shop around for gear, like investigate into things and suggest perhaps different technologies?

Yeah, but I can't say I'm the only one who does this because there are probably dozens of people who help The Residents with gear ideas, including lots of companies who stay in touch... in terms of what they're working on and developing.

... software and hardware. The thing with the Residents is that they're ill-defined, and actually everything about them is ill-defined. Sort of a controlled chaos situation, I suppose. But it's also a very creative chaos. Companies wonder what the Residents will do with their products.

So with albums like Eskimo or Mark Of The Mole — in which, musically, they're more about using sound to tell the story instead of using words/lyrics — would they develop albums based off of whatever new equipment was around?

Yes, absolutely. Just like any new toy — you figure out new ways of playing, so the instrument is a new toy, the camera is a new toy — so quite often that's a new driving force, a way of coming up with new ideas. Sometimes people are new toys, too.

Certainly, and they're the most complex one. In the past fifteen years or so, [with] the advent of new accessible technologies in terms of high-quality home recording like DAWS and such, have the Residents taken refuge in the home studio scenario as opposed to the commercial recording studio? Is that a preferable thing?

They do both. But the commercial studios tend to be less formal and more like working at home... comfortable. A lot of times they'll prefer working in a professional situation. The home studio might be just for sketching or it could be for completely other reasons. But it is true, home studios can be quite sophisticated. The Residents don't just record at home... never did. It is all a mix of everything from cassette location to 24- track digital. But they prefer the time freedom of working off the clock.

I suppose even at a well built-up home studio one can create ad infinitum, but one might never meet a deadline, if one exists...

How does that manifest musically then?

You may think you have a really great idea, but if the time allotment for it exceeds the quality of the idea, then it's not a good idea. You just thought it was a good idea! But it might be a good idea for another time because technology makes it possible. Time is really important to the Residents.

That's right, because a lot of time has elapsed since they began making music over thirty years ago and the concept of mortality seems to be a theme throughout their music as of late. So now it's about "Let's get something done."

Right. They're aware of their ticking clocks. They have a certain amount of time to get do what has to be done. And they do believe that they have more ideas than time to complete them. Therefore, you can't spend too much time fussing over an idea.

But then there has to be a balance found over not just getting something recorded/produced just to get it done. In other words, not half- assing an idea.

Well, one has to determine how much time an idea is worth. An idea in which too much time is spent becomes a half-assed idea. It's...