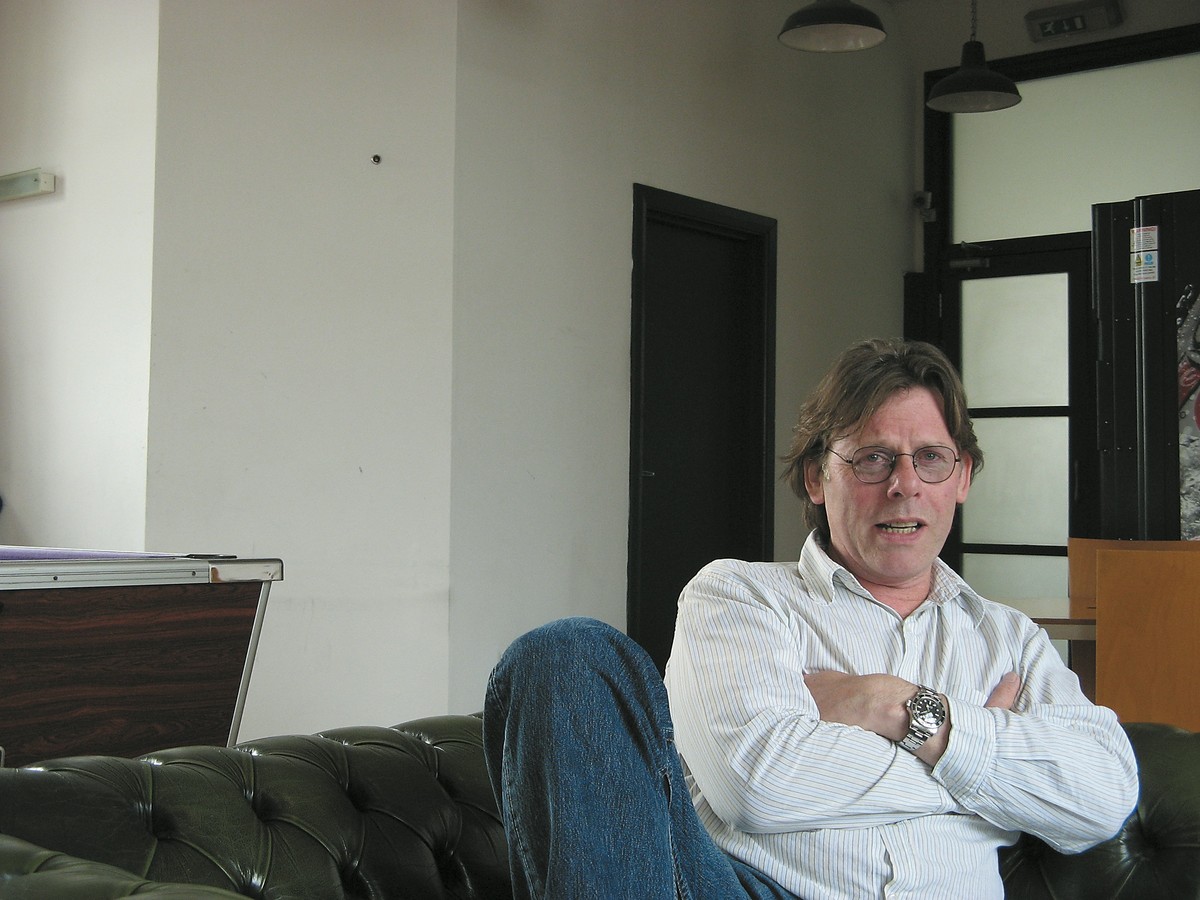 Sometimes we interview people who have had extensive careers in recording, yet my record collection only contains a few things they have worked on. With Hugh Padgham the case is different. He's worked on some of my favorite records by the Police, XTC, Peter Gabriel [Tape Op #63], Split Enz, David Bowie and Paul McCartney — and that doesn't begin to cover his work with Sting, Genesis, Elton John, Phil Collins and many more. In fact, his work with Phil Collins on Peter Gabriel's third album is what became that drum sound — the gated reverb sound that haunted us all through the eighties. More recent history has seen his name grace albums by McFly, Mansun and 311.

Not only does his resume boast many great bands, he's worked out of some great studios like Advision, Lansdowne, Townhouse, AIR Studios Montserrat and Sofa Sound Limited. What? Sofa Sound? Housed in a semi-industrial looking building in London Purchased recently by Hugh and a partner, the somewhat industrial looking building is home to several music and writing studio spaces, and a great rooftop view. Sofa is a modest yet powerful studio with an SSL console, small yet effective live room and racks of nice outboard gear. The "sofa is often sort of a focal point in a studio control room, so it sort of fit," says Hugh — and with acronyms like "State Of the F'ing Art" and "SSL" (Hugh's favorite consoles) there's a bit of fun going on as well. We visited Hugh one afternoon and had a pleasant chat in Sofa's upstairs lounge area. And no, I couldn't bring myself to ask him about that drum sound, though I did write up a sidebar to explain its origins once again!

In your early career you worked at Advision and Lansdowne studios?

Yeah. I was kind of trained in really quite a formal way — these orchestral sessions and all sorts of things where there are tried and tested, specific routines and methods of recording instruments properly.

One thing I dug up that was really funny — you've been a tape op on Yes and ELP records. So you got in the studio and you sort of jumped into the game in '74 or so?

Yeah, although it's not strictly true because I never tape op'ed on the ELP sessions.

No? It's written down somewhere.

I know. Unfortunately there is certain bullshit or mistakes. What happened was I worked at Advision Studios, that happened to have Yes and the ELP records made there.

So in some journalist's mind, you were there.

Well, it's written down like that and then they twist that I did that, but no, I didn't. I did tape op on a Gentle Giant album and Mott the Hoople and some good stuff there, but I think ELP, I definitely didn't. I did work with Yes later in my career at Townhouse.

Yes, which was a rather strange, strange record.

J: I liked that record.

There were bits of it that were all right. At Advision I would do moonlighting sessions. People still did 8- track sessions in those days because it was cheaper. It was like, four pounds an hour for 8-track, six pounds an hour for 16-track, ten pounds an hour for 24-track. At Advision we had a Scully 8-track, which was never designed for punching in on. It was horrendous. When I was the tape op, to punch in you had to go from ready to record — you had to go from sync to line in and press the record button. You couldn't do all those in one go so you had to try to hold a pencil between your belly and the record button — so you balance that there and then when the time [came] to punch in, they would actually shout, "Okay, coming up now" and you'd go, "Oof," like that — two switches and a push with your stomach. All these things you take for granted now. No tape counters. When you were doing jingle sessions you had to put all these different time graph marks on the tape. You'd put a white [mark] for the squiggly at the beginning and a white squiggly for the end. If you were doing jingles, there'd be four different verses for the jingle and you had to go to the right one, so you'd have white for the first and second, yellow for the twenty-second, or something. It was a nightmare being a tape op in those days. The session is only three hours and you've overbooked and the next session started a half an hour after the last one finished, so if you got it wrong you were seriously bollocked. My first few months of working in the studio were like living hell, because it was really serious shit. When you fucked up in those days you would get seriously hammered whereas now, well, okay, just undo it. There wasn't an undo in those days if you wiped the bass drum or something.

Who were some of the engineers early on at Advision or Lansdowne that you picked up a lot from?

There was this guy called Martin Rushent, who was quite famous and went on to produce Human League — he did loads of stuff.

Yeah, lots of stuff. There was a really, really nice guy who I think left the business and became a carpenter or something — Gary Martin, who did a lot of the Gentle Giant stuff.

There's a good story about you riding your bike over to The Manor because it was near where you lived when you were young.

Oh, no. It was near where I went to school. That was in the days when it [The Manor] only would have just have started, as well. When I started working in '74 I thought I'd missed the boat — rock n' roll...

I was told this interview would never happen. Apparently T Bone is a busy man, producing records, overseeing film soundtracks, recording solo albums and touring the world. Burnett has been involved...