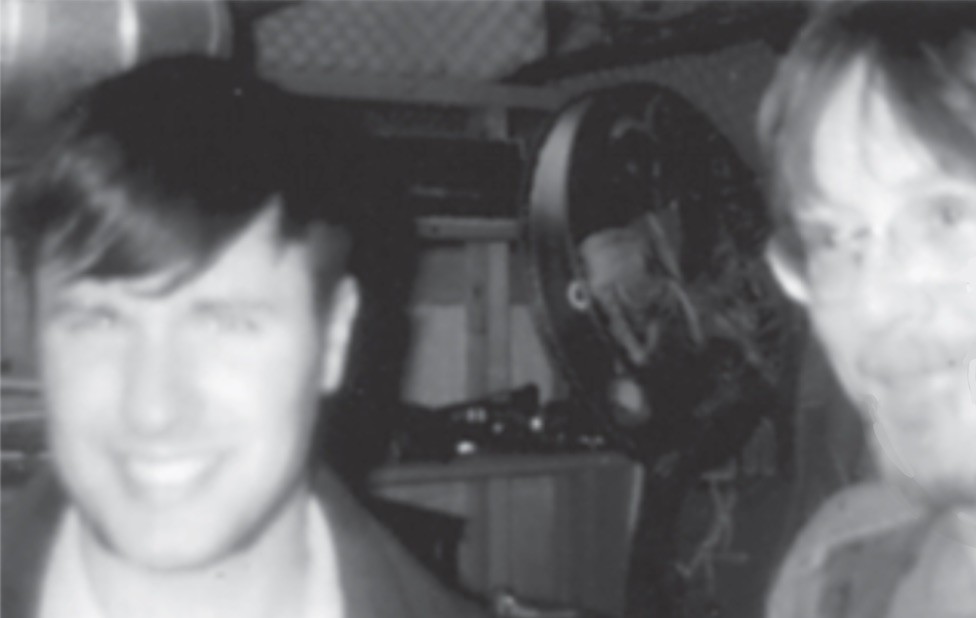 Brian Teasley, better known to most of the civilized world as either Man or Astroman?'s "Birdstuff" or Servotron's "Z4OBX", has bandied the idea back and forth with me of doing an interview with him and Jim Marrer from the Zero Return Studio in Alabama for Tape Op for almost a year. And seeing as how I just love spending countless hours transcribing, I said "sure." For an explanation of why Man or Astroman?s recording career is worthy to Tape Op readers, please do the following: Listen to a copy of MOA?s first full length Is It... alongside a recording of their newest release Made from Technetium. Even to my untrained ear, the amount of recording knowledge that has been accumulated and implemented by the band and Jim has grown exponentially in the five years they have been working together.  On top of this, when you consider that their recordings have all been done within the four walls of a hundred year old house (rented for the unheard of price of $75/mo) at the end of a dirt road, right off the train tracks, 2 miles down from Raper Prison (yes, a real prison), and well outside the Montgomery, Alabama, city limits; Zero Return automatically leaves the parameters of "Yet Another (Boring) Studio Profile" and enters the realm of "Deliverance Meets Sci-Fi Geeks Head On In A Blender." Really quite fascinating. The timing of this interview could not have landed at a more opportune point in their respective lives, either. With the help of Man or Astroman?, Jim will have moved Zero Return within the Atlanta city limits by the time you read this. It will be Jim's first time living outside of Alabama in almost 30 years. Jim was visiting Brian at his home in the Georgia outback when we all decided to sit down and do an interview proper.

BT: Actually, it was kind of a strange story. There was a fellow who will remain nameless who promoted shows in Montgomery, and got us a cassette tape of all these terrible, but well recorded Montgomery bands called Offerings. Brian Causey [Starcrunch] and I were listening to this tape and commenting on how terrible a lot of the bands were. And then we were like "God, the drums sound really good on this stuff." And we were looking for a place to record what was going to be a self-produced record at the time that we were going to put out on what turned out to be our record label.

JM: You all wanted to put it out on 8 track cartridge.

BT: That was the start of many failed MOA? ideas for strange 78 or reel to reel formats. So I got in touch with Jim and he said "Sure, come on down. I got a couple different formats we can record on.' There's a funny story about the first recording we did about the 4 track thing. He didn't tell me this until a year ago.

JM: I had a Trashcam, or Tascam, 8 track that was always broke down. It was a piece of crap. Japanese junk. It broke down right before they showed up and I didn't tell them. So I pulled out the old Sculley ?" four track. In retrospect, I'm glad we did do it because track-for-track it's so much better. Half inch is 30 ips and pretty good sound quality.

BT: We didn't think anything of it.

JM: I looked at those guys and thought they'd never know the difference between four track and eight track. Besides, the four track is five times larger than the eight track so it looked a lot more impressive.

BT: So we were doing what was to be the first record that Estrus ended up putting out on four track from this Sculley machine and we did the majority of it live to two track, right and left. Then we did samples on track three and vocals on track four if we needed them.

JM: We did all the music live stereo to two track then whatever else we had to do we just did on the other two tracks.

BT: And ever since then, we've been bugging Jim and he's been adapting with us and obtaining new apparatus to give the illusion that we actually sound good.

JM: No, I think y'all sound good in spite of what I do. The next machine we got was an ancient one inch eight track which was dated 1968 which has to be real early for the Ampex 1000. It weighs about 600 pounds. It broke a red headed guitar player's arm, so it's got some good karma going there.

BT: I think on that machine we did most of Destroy All Astromen and some of Project Infinity on that one. Then we've been getting greedier and greedier and getting more and more tracks but I can't really see going past sixteen tracks. 16 tracks serves as a pretty nice natural editor. Like right when you're on the phone calling the string section, you say "Ah, we're out of tracks!"

JM: I had a brief stint with the digital thing before I realized it was a load of crap.

BT: We've done one or two things on ADAT and that's it.

What was your feeling about it?

JM: Um, I really didn't like it too much. I'm definitely what they call a "Loghead." I'm pretty much a digital hater. I can see some merits to it. They are cheap, and for people who can't deal with a 20-25 year old machine that's constantly catching fire, it's....

BT: The biggest problem I've had with recording on ADAT, is that the sound is just so flattened out. Every band that records on ADAT you can totally hear and perceive it was recorded on ADAT. And all those records tend to sound the same. So many pop punk bands have that clean sound but it's so ADAT. It has no... 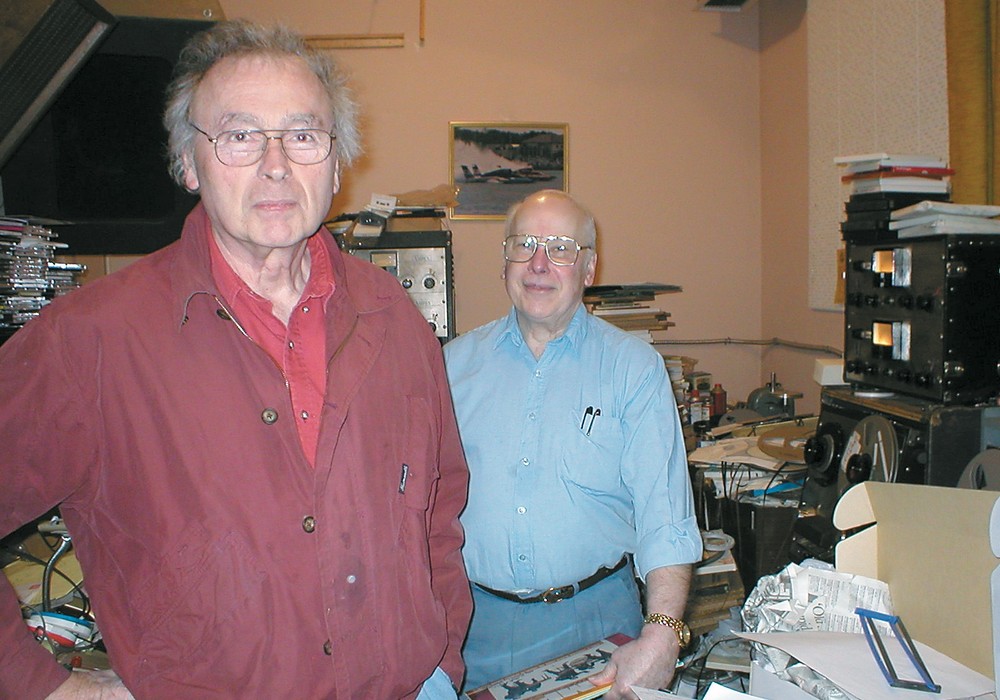 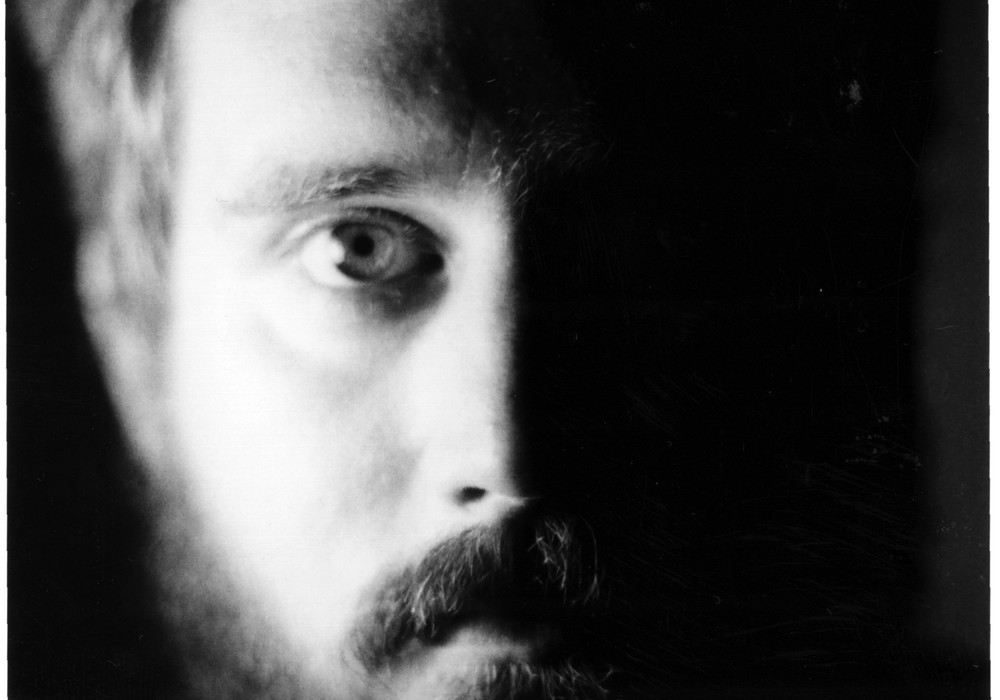 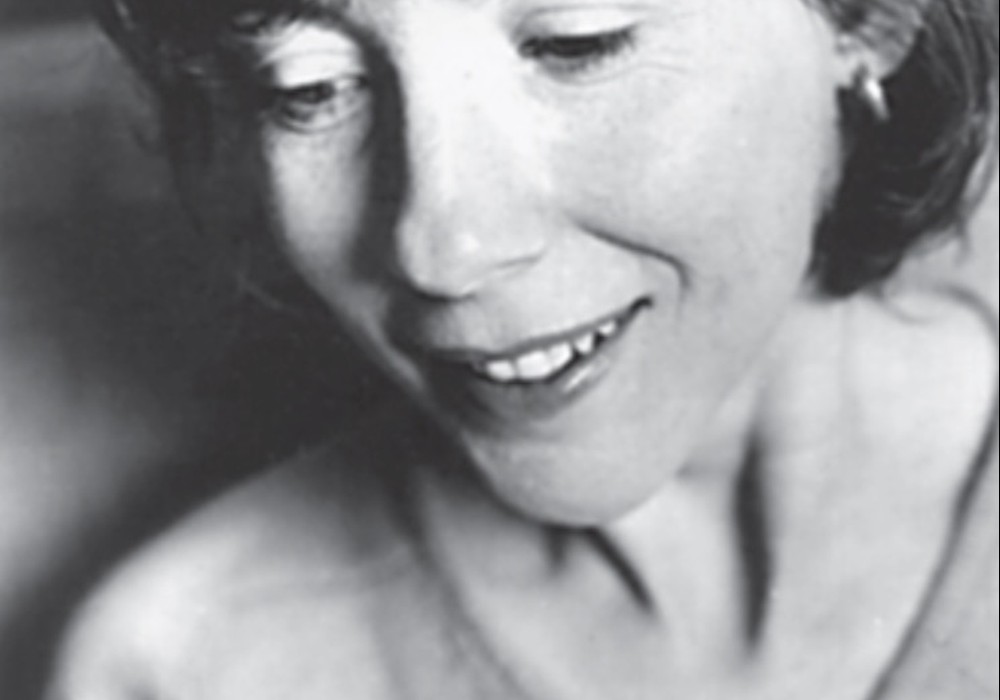