Paul Leary's accidental entrance into the world of recording started in the eighties with his role of de facto button pusher for his band, the Butthole Surfers. Since that time he's produced some of the best-known music of bands like Sublime and Meat Puppets, while earning credits as a mix engineer for such acts as U2 and Weezer and producing cult favorites like the Bad Livers and Daniel Johnston. His guitar work with the Surfers (and guest appearances on albums with the Flaming Lips and Stone Temple Pilots) made his name known to many music fans, while his formidable production history has made his name popular with artists seeking an outstanding producer as well.

Do you prefer to work with tape?

Tape is fun, but so often you get in with a band that wants to use tape and they don't really have the chops. It's great when you got musicians who can just play it right, but I think technology has turned out fewer good musicians. What's the point of playing it right? You can always fix it and comp 20 different takes together. I remember comping vocals on the first Sublime record that I worked on. Maybe we had two tracks for vocals and a third to comp to, or maybe it was just one vocal and it had to be done right. You'd listen and there'd be one syllable out of tune. We'd say, "Well, we could have him try to sing it, but he's not looking so good. Let's sample it in the Eventide 3000, pitch it and fly it back in." Then you got somebody like Stuart Sullivan, who's really skilled with buttons, to where he could punch the two-inch machine with one hand, knowing there's some delay there, and punching the button on the Eventide to play back the same time, knowing it's got it's own latency. If you messed up, you ruined your take. You didn't do things like that lightly back in those days. Everything you did was destructive. You had to be really careful and had to listen really hard. That was one thing I used to do, chart out the song and its arrangement, listen to a take and keep notes on every part. Those were fun days. I miss that.

You had to make quicker decisions.

I used to dream about being able doing the stuff we can do with Pro Tools. If I'd had known how much extra work that was going to imply in the long run.

The first time I ever thought to take photos in the studio was when I was producing a Meat Puppets album. I took a disposable camera in; when I picked it up to take pictures, all the film was already exposed. I took the camera to my neighborhood photo processing center. When I went to pick up the pictures, the clerk gave me a very strange look. When I got the pictures out to look at them, I realized that Cris Kirkwood had his girlfriend take pictures of his spread rectum. The entire roll. I never went back to that processor.

It's ironic that it was meant to simplify things.

Careful what you wish for. Editing a snare drum meant measuring to the third track down on the tape and cutting a little square out with an X-Acto knife. [laughs] Or you get some drummer that every time he does a tom fill there's a little lag of time, so you've got to cut a little 3 /4 inch out every time he hits a tom fill and you better be prepared to put it back in if you don't like the edit. With Sublime, I never knew when I was cutting that eight-minute song up whether they'd come in and say, "What happened to the rest of our song?"

The Butthole Surfers were on Capitol and nobody knew what to tell us. They just left us alone until we had a number one radio hit, and all of a sudden there's a line two blocks long of people telling us how to do it. That gets frustrating.

How do you deal with that?

It's hard. You just want to tell them to go fuck themselves. That's what we ended up doing, but if you piss them off they'll just crush you like a bug. They eventually did that to us. They put our career on hiatus for three years. I didn't get along with Gary Gersh at all. I almost got off good with him. We had a record go gold, and he calls us into the office to celebrate with A&R. We walk in there and we're all hanging out in Gary Gersh's office. Five minutes into it he comes up to me and says, "Hi, I'm Gary Gersh. I want you to know that I really respect what you do." I was like, "Wow, that's cool. Sorry for every bad thing I ever thought about you." Five minutes later he came up to me again and said, "Hi, I'm Gary Gersh. I want you to know that I really respect what you do." Then they wouldn't give us a second single after we had a number one single. We didn't even get a follow-up single. So the next record comes along and he hears a song he likes and he wants to use it for the soundtrack for one of those superhero movies. They wanted it to be a single for the soundtrack and we said, "Well, we were hoping it would be a single for our album." I eventually stood up and said, "No" to the guy. The next thing you know they're just squashing us. They're merciless when it comes to that kind of stuff. If you don't want to play ball with them, they'll just sit on you for three years. They don't have to move a finger to ruin your career. 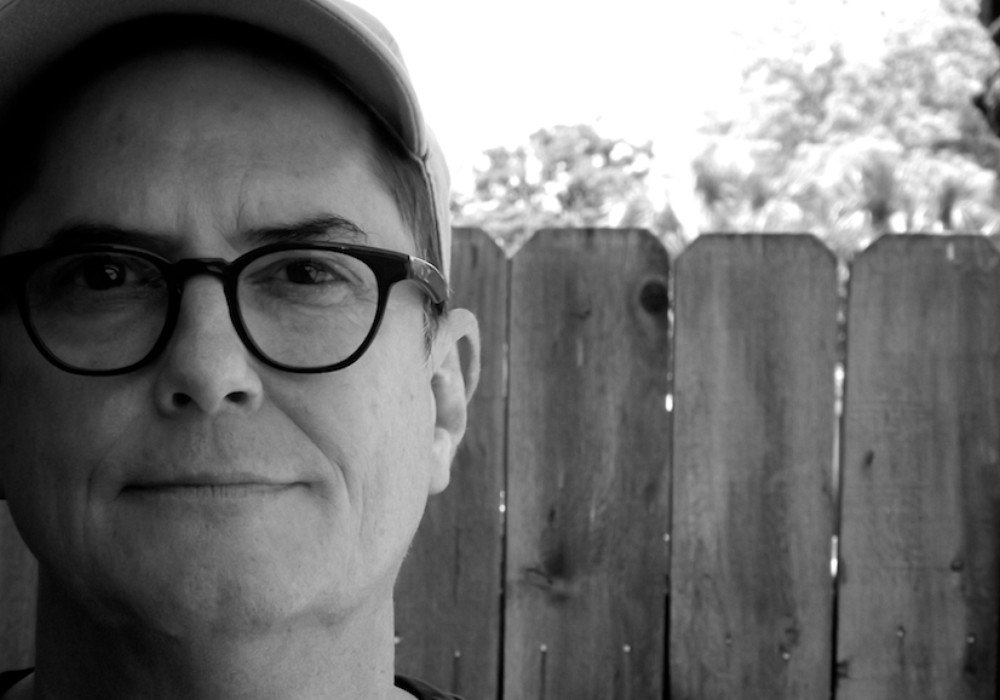 They just left us alone until we had a number one radio hit, and all of a sudden there's a line two blocks long of people telling us how to do it. It gets frustrating.

How did you and East Bay Ray originally meet?

We [Butthole Surfers] were in a van, I think it was '82, and we were travelling from Los Angeles to San Francisco. We wanted to go there because we knew people there and there were free soup kitchens. Our van broke down on the Bay Bridge. It started choking going up the hill of the Bay Bridge and we were worried that we weren't going to make it over the top. We thought we were going to die. If it'd died before the hump, we'd have been ground meat. The van made it to the hump and died, inched over the hump, and we coasted all the way down and took the first exit. We coasted to a stop in front of this club called Tool and Die where there were punk rockers loading equipment into a basement. We started unloading our equipment until someone stopped us. This lady asked us what we were doing. We told her who we were, and she told us we weren't playing. We cried and then she told us we could play three songs. The Dead Kennedys showed up at the show, they played as well. Jello Biafra saw us and liked us and that's how we got our first record deal.

Was there some stuff cut with the original Sublime lineup that you wished you could have used but couldn't?

Oh, yeah. There was one song, I think it was called, "Superstar Punani." It was all tracked live: vocals, bass, guitar, and drums all at once. I said, "That's your single, guys." Brad was like, "Well, I haven't written the lyrics for the chorus yet." When they did the song, he didn't sing the first chorus and when he came to the second chorus, he just vamped, and it was the coolest vamp I'd ever heard in my life. I said, "That's no problem," and I copied that vamp and put it on the first chorus so it happened twice in the song. They didn't want to use it because he didn't think it was finished. To me that was their single. A couple of years ago I got a new car with XM radio. I was listening to their alternative punk rock station and this song comes on. I'm going "Man, that sounds fucking great... Wait, that sounds like Sublime... Shit, I wish I'd done that...Wait! I did do that!" I couldn't believe it because it blew everything off the radio. At least they finally did release it. I guess they ended up releasing everything. It was really one of their best songs, and it was so incredibly live. Not one overdub. That's how good that band could play.

Gurf Morlix likes to produce, engineer, perform, write and even just plain talk about music. It might sound hackneyed to say, but music is his life's blood, the passion that drives his spirit. Born in...

It was a wet, shitty late November afternoon as photographer Brian Silak and I made our way across Manhattan's West 48th Street to the legendary New York recording institution known as Sear Sound. In...