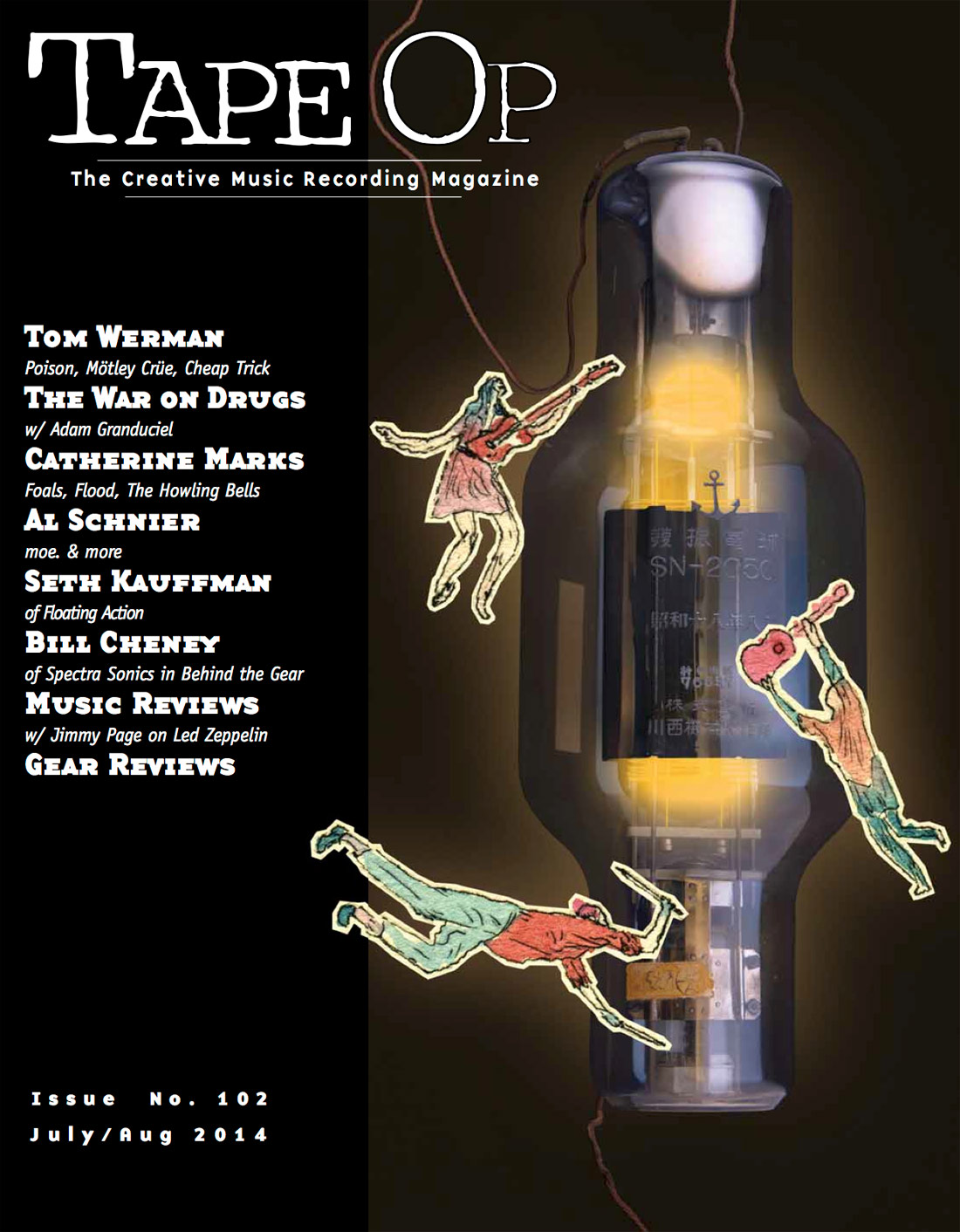 Why is it these days that people (especially mainstream media) constantly refer to musicians being able to record at home as if it's a recent development? Home recording has been happening nearly as long as any kind of sound recording existed. In the 1940's Les Paul cut hit records in his garage. Emitt Rhodes delivered pop masterpieces from his home studio in the early '70s. I know computers are powerful and can do all sorts of magical things, like recording more tracks than any home setup from the past, or emulating analog hardware and real instruments. But this doesn't mean people were not resourceful back in the day, or that they didn't find ways to record under any budget. And it certainly doesn't mean that music was any less valid, despite the recording methods used. Viva home recording — it's been around a long time and it will always exist!

Give Me a Hammer

It was at a recent trade show, after a major DAW manufacturer cancelled our meeting, that I realized I was relieved to be off the hook. I always enjoy meeting with this person, and I use and like...

I was amazed when I first witnessed radio-controlled airplane models flying through the air. But the complexity and maintenance requirements of fuel-based engines and analog radio systems scared me...

by AEA  |  reviewed by Adam Kagan

When I think of AEA, I think of vintage-styled, classic ribbon mics. The AEA R-series harks back to RCA ribbon mics in both looks and tonal qualities, while AEA's modern manufacturing approach...

A shotgun shell — an actual shotgun shell, from a 12 gauge shotgun — turned into a microphone. I liked the idea immediately. "Let's use these shells for creating, rather than destroying,...

The Sigma 500 provides a unique twist on the implementation of an analog summing mixer. The unit contains two 500-series slots to insert preamps of your choice to serve as the final gain stage for the...

by Telefunken  |  reviewed by John Baccigaluppi

We all know that the Shure SM57 and AKG D 112 are pretty ubiquitous on snare and kick on countless recordings, right? Why? Because they are affordable and sound pretty damn good! Many an engineer,...

The X1R is a ribbon mic with a few design twists. It's housed in the same body as sE's X1 large-diaphragm condenser and is designed to produce more high end, and more output level, than the average...

Let's start this conversation off by stating the obvious. You cannot properly record or mix music if you cannot accurately hear what you are recording or mixing. If music is more than a hobby, and you...

No matter how many amazing equalizers that I buy, I find that I never have enough great outboard EQs for everything I need. In my opinion, the biggest advantage of expensive EQs is their ability to...

by Earthworks  |  reviewed by Kirt Shearer

I like gear that makes a statement. The long, narrow aluminum briefcase of the PM40 PianoMic System certainly makes one. That of, "I've got an upscale rifle here" — an impression that can come...

by Eventide  |  reviewed by Joseph Lemmer

Eventide bills its MixingLink as a "Mic Pre with FX Loop." It is so much more than that! I tried to sum it up technically: It's a mic/line preamp. It's an instrument preamp/DI. It's a headphone amp....

by TASCAM  |  reviewed by Allen Farmelo

Writing about audio gear is an interesting exercise in trying to capture the emotional impact of an inanimate object. I think that it is less important how something works than how something makes you...

by Louder Than Liftoff  |  reviewed by Dave Hidek

I couldn't possibly count the number of times I've used an outboard preamp and thought, "I wish this had a two-band EQ." Perhaps the floor tom or the bass is a tad too muddy, or the bottom of the...

Larry Crane: Sometimes a plug-in comes out that I totally adore, but I get worried that its subtlety and usefulness will get lost in the shuffle of "whiz bang" over-the-top effects and emulations of...

Over the last few years, my town of Portland has become a traveler's destination for food (as well as beer, coffee, comedy, books, and music). Many come to sample the delights of world-renowned...

"It's been over 20 years since the original CDs were issued. Since then the technology has improved, and there are all these new digital formats out there, so it made sense to revisit the studio...