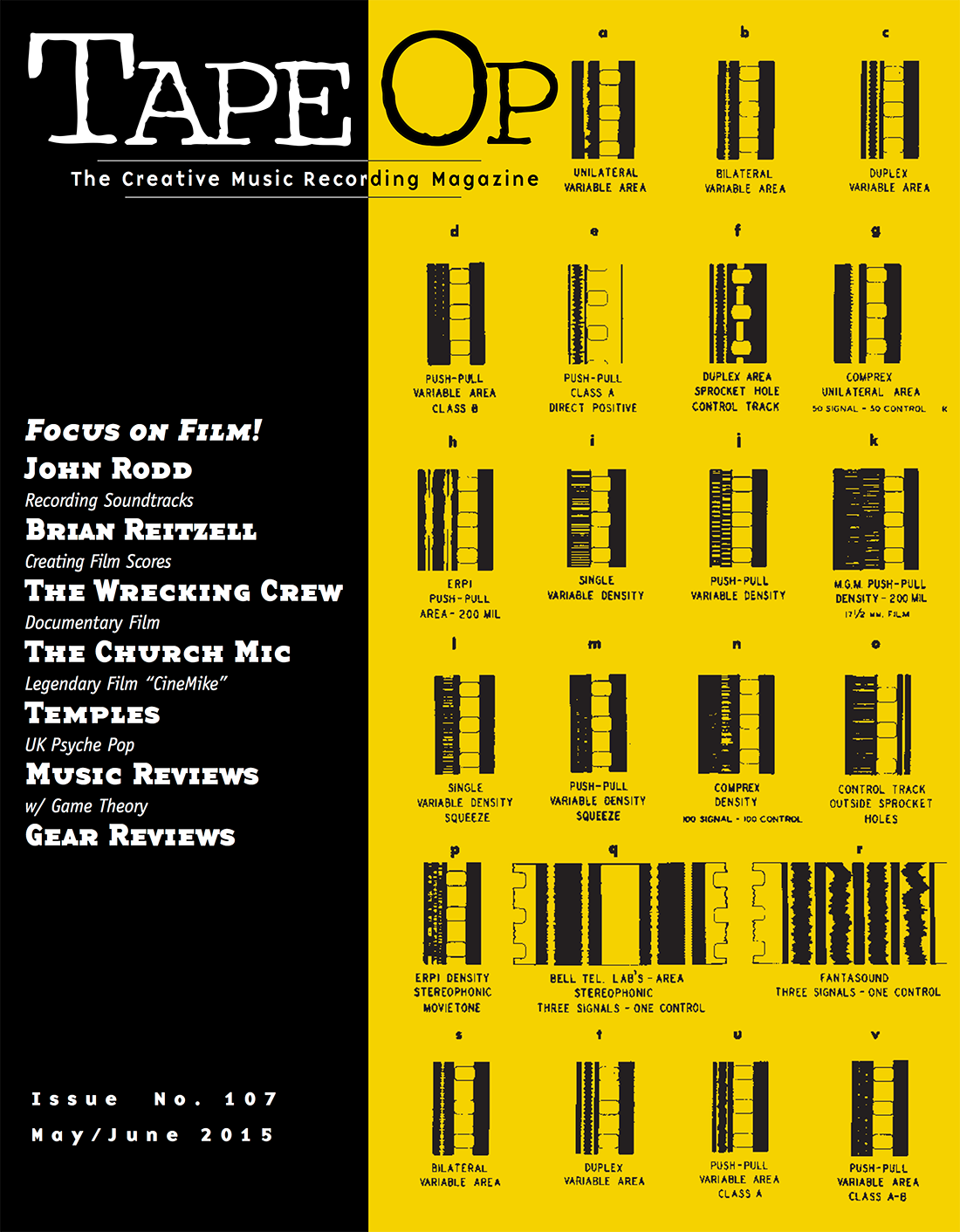 I've long been a fan of film soundtracks. In fact I entered college under the pretense of a degree in filmmaking, but (despite obtaining a degree) that time soon transitioned into running lights for live bands, volunteering as a DJ/Music Director at the college radio station, as well as eventually playing in a band and making records. But, from a young age, I have always been enthralled by soundtracks and how they could immerse a viewer in a movie. Film music was a way to be exposed to new and interesting sounds. For instance, the "Lux Aeterna" choral music of Gy

When I was younger and flat broke, I was offered a place to stay in my friends' house. It was a room in an old, unfinished basement, and I thought it'd be nice to have some walls. Being without funds...

The AES Convention is one of the more entertaining and overwhelming events in our little universe of audio. I flew out to Los Angeles for the conference this past October and walked the convention...

There's gear that does its job in technically proficient and sometimes even colorful ways. In the capable hands of skilled producers and engineers, the gear brings to life the instruments and sounds...

21st century perspective reveals that, in many ways, the advancement of recording technology has been chronologically non-linear. Rather than a tidy progression from primitive-to-sophisticated, we...

We roam the frigid, soulless digital landscape, searching in vain for the analog mojo that was once ours. We buy expensive A/D converters, we compress everything, we emulate tape, and sometimes, we...

The new SONAR that replaces SONAR X3 will be the last one ever — no more numbered editions according to Cakewalk. But that doesn't mean that this is the last release you'll ever need....

The Splice MKII is an 1176-style FET compressor in a 2RU-height rackmount chassis. The original Splice, which is no longer available, was a 500-series module. The roomier faceplate of the MKII...

I've been using a pair of Dynaudio Professional BM6 mkIII monitors for about four months now in my home mixing setup, and I took to them more quickly and confidently than I ever have to any...

by Focusrite  |  reviewed by Dana Gumbiner

by Eventide  |  reviewed by Andy Hong

At first glance, the H9 Harmonizer can be easily mistaken for a fancy guitar pedal adorned with pretty LEDs. Upon further study, it becomes clear that the H9 is so much more than a stompbox. It's hard...

In releasing this hardbound book, the folks at Ableton have continued to highlight their company and product as "the DAW that's different." It's hard to imagine any of the other major players in the...

Prolific inventor Laurens Hammond was granted a patent for the spring reverb in 1939, and in the decades that followed, Hammond incorporated this novel artificial reverberation device in the organs...

Several pieces of gear in my studio experienced vacuum tube failures. After I found myself spending money for maintenance and parts, I realized that I would benefit from learning more about tubes and...

Game Theory was one of Northern California's most exciting groups. Band leader and songwriter/guitarist Scott Miller may have been influenced by Elvis Costello and The Beatles, but his take on...