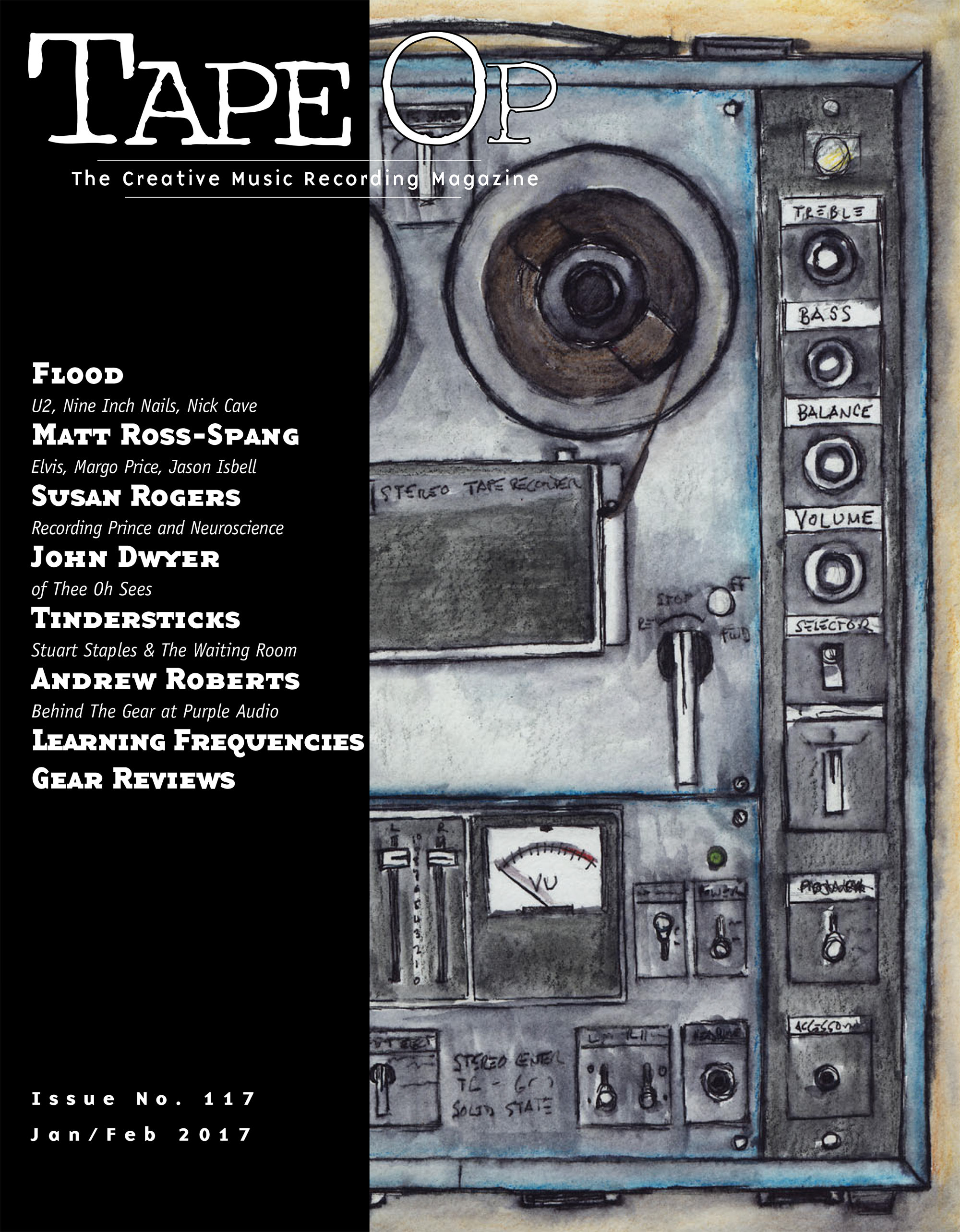 Here’s one constant scenario I run into: A client comes to me with tracks to mix. They’ve recorded in a home studio, or some such modest setting. Their gear list is fairly limited, maybe several mics and a lower-cost, all-in-one digital interface. They walk into Jackpot!, see all the pro recording equipment, and exclaim, "I’m so embarrassed. You’re going to think these tracks sound awful. I only have this cheap gear." I always try to say something careful and encouraging, like, "Well, let’s see how the tracks really sound. I’m sure I can make it work fine." It’s true, sometimes the tracks don’t sound so great. But guess what? Almost all the times when the fidelity is compromised, I wouldn’t necessarily blame the gear. Improper mic placement, poor guitar or bass amp settings, bad room sounds on too distant mics, distortion from misused gain structure, and other bad engineering decisions are what let these tracks down. Other times instruments are out of tune, or performances are simply lacking. Just because you’ve placed a mic near a source and gotten a level that doesn’t make the red light come on doesn’t mean you’re getting decent sounds. On the other hand, I’ve had clients come in with tracks recorded with $100 mics and $300 interfaces that sound amazing, and require very little special attention when mixing. The recordist invariably had spent extra time experimenting, listening, and adjusting his or her techniques. And guess what? It paid off. 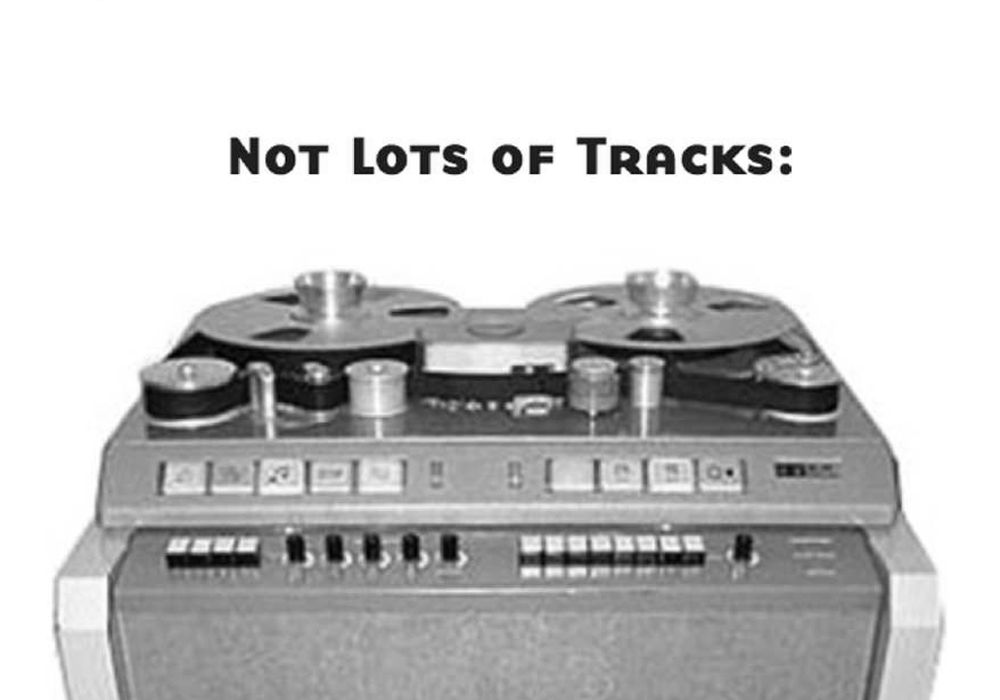 The art of recording music is one that seems to fascinate everyone. For folks that never have set foot into a recording studio, the concept of being there at the moment of inspiration, as well as...

Over the years, I've replaced most of the incandescent bulbs in my home and in my studio with LEDs. The incandescents ranged from 35 W low-voltage halogens, to 60 W standard "Edisons", to 75 W...

by Shure  |  reviewed by Geoff Stanfield

At the 2016 AES Show in Los Angeles, I was shown a slew of great new gear. For me, the products I saw typically fell into a few different categories: (1) Cool product, but doesn't make sense for me;...

Hazelrigg Industries might be a new name, but founders George and Geoff Hazelrigg are no strangers to professional recording equipment. For years, they built and repaired gear for their own...

by Dynaudio  |  reviewed by Kerry Rose

The Dynaudio LYD 7 is a new, bi-amplified, 2-way nearfield monitor aimed at the mid-market project and personal studio. It offers a great value by including cool features and solid performance at...

The buzz on this box was unlike any I have encountered, and it was a challenge to get a review unit from Chandler due to demand. But it was well worth the wait. Chandler and its main man Wade Goeke...

by SoundRadix  |  reviewed by Scott Evans

Here's the very short version: Drum Leveler is a brilliant plug-in. If the name "Drum Leveler" sounds useful to you, you can stop reading and go download the trial. By definition, I suppose Drum...

Boutique equipment maker and former studio technician Jonathan Little has built a business around making useful (and small) boxes that solve specific problems in the recording world. Each of his...

by The Mic Shop  |  reviewed by Larry Crane

For many years, Bill Bradley (Tape Op #42) has built a reputation for expertly repairing microphones in the Nashville area. Over ten years ago, Bill branched into building his own mics, and the MS47...

Mix with The Masters

Mix With The Masters is doing an excellent job of getting some of the music industry's most renowned producers and mixers to share their creative processes with the rest of us. MWTM has been offering...

Last year, while Scott McChane was evaluating a number of affordable nearfield monitors for his home studio, we had a conversation about subwoofers. I'm a big proponent of using subwoofers with...

Version 2 of the renowned Sonnox Oxford Limiter [Tape Op #68] introduces the plug-in to the UAD-2 platform and brings with it a few under-the-hood updates. For those already familiar with Oxford...

by dbx  |  reviewed by Geoff Stanfield

The venerable dbx 160A is a compressor you see frequently in studios — home and pro alike. It's super easy to use, and it's flexible enough to perform relatively unnoticed gain-reduction,...

A while back, Tape Op contacted me to review Roswell's follow-up to their Mini K47, the Delphos. I had heard good things about the Mini K47 [Tape Op #109], and knew Matt McGlynn to be the mind behind...

If you haven't already heard of the King Bee and Worker Bee mics from Neat Microphones, do me a favor, and watch one of the numerous "unboxing" videos uploaded to YouTube by customers of these mics....

I recently borrowed a demo set of the Lauten Audio Black Series microphones. I have been a big fan of the company's Signature Series mics and was excited to try the new Black Series LA320 tube mic. At...

The first time I heard the Soyuz SU-017, it was facing backwards. A singer was wailing away into the wrong side of its cardioid-only pattern, and it wasn't half bad. It actually sounded pretty focused...