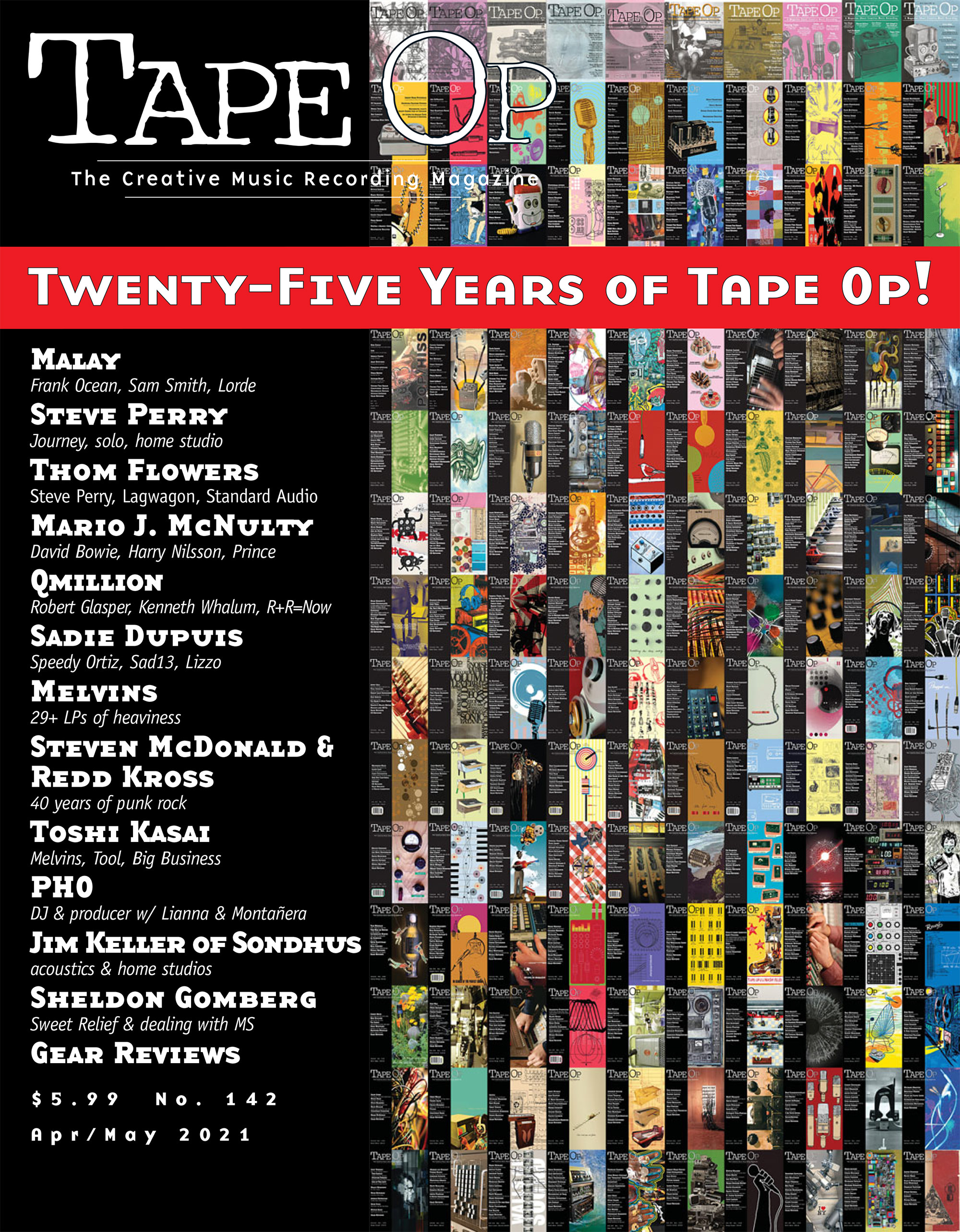 This April marks 25 years of Tape Op Magazine. I cannot believe the little photocopied ‘zine-like-thing that I began in 1996 is still around, let alone now reaching so many people. Our focus has shifted and widened over these years, and it has changed along with the times and technology. In 1996 I knew hard disk recording would supersede analog tape and tape-based digital tracking at some point, but I would have been hard-pressed to predict plug-ins and mixing in the box! It’s interesting as well to look back and remember that I was running an 8-track analog studio in my basement for $10 an hour when Tape Op began.

Even though I founded this magazine, once it got rolling Tape Op became the product of a community of people spread across the world. When John Baccigaluppi joined up as a partner in 1999, we increased our circulation – and our goals. I’m lucky to have such an incredible friend with me at the helm. Many people have helped massively along the way; there’s not enough room on this page to thank them all. Our current team is one of the most amazing groups of people I have ever worked with, so many thanks to Marsha Vdovin, Scott McChane, Geoff Stanfield, Anthony Sarti, Jordan Holmes, Thomas Danner, Maria Baker, Jay Ribadeneyra, Jon Ulrigg, Andy Hong, our many contributing writers and reviewers over the years, and Jenna Zine Crane, my love who keeps my head on straight and the writing looking smart. We also miss the folks who had major input in years past, like Laura Thurmond, Al Lawson, Dave Middleton, Hillary Johnson, AJ Wilhelm, Brian Shevlin, Kerry Rose, and so many others. Thanks are certainly due to the support of every advertiser we’ve had along the way, and we’re honored for the trust they’ve placed in us. None of this journey would be possible without our readers; we are grateful to everyone out there, and for the feedback we get.

Tape Op was named after the lowly “tape operator,” as seen in UK studios in the ‘50s and ‘60s. It was a job that was essentially a “human tape deck remote” that became the entry position for many engineers. The person who was in the room and learning the craft was the concept behind the name of this magazine, and it still resonates at the core of all we do. There is always so much more to discover, so we carry on, tracking music in a myriad of ways and making art. Oh, yeah; and talking with others about their journey through this world as well!

Thank you for reading and for the ongoing support! We’re excited to continue on this journey with you. 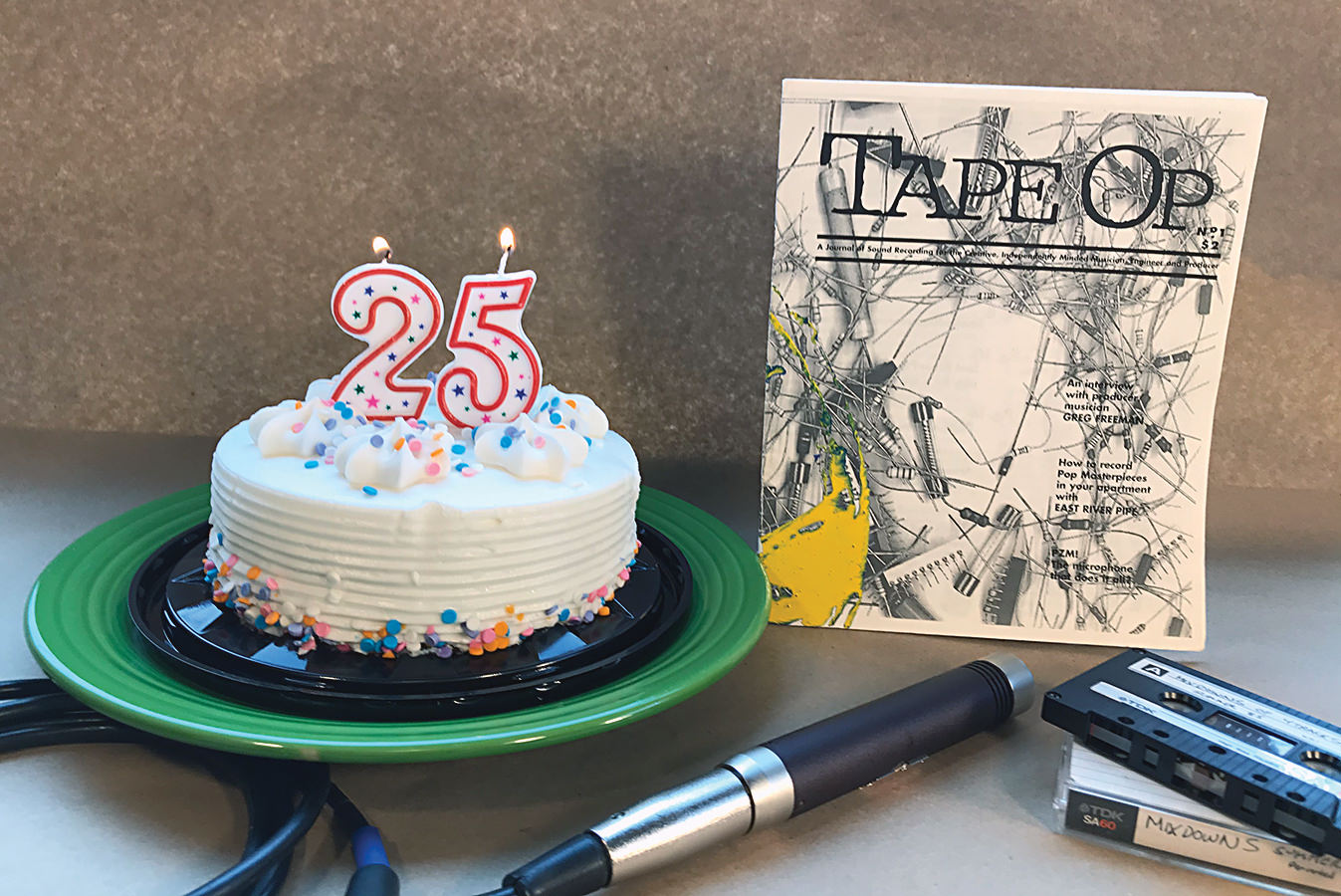 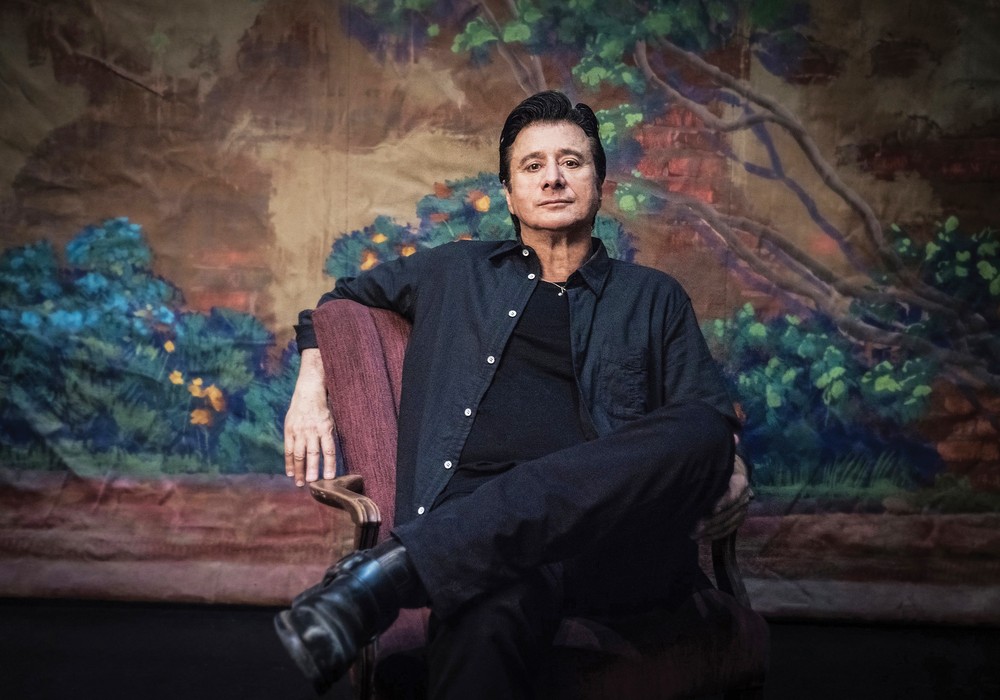 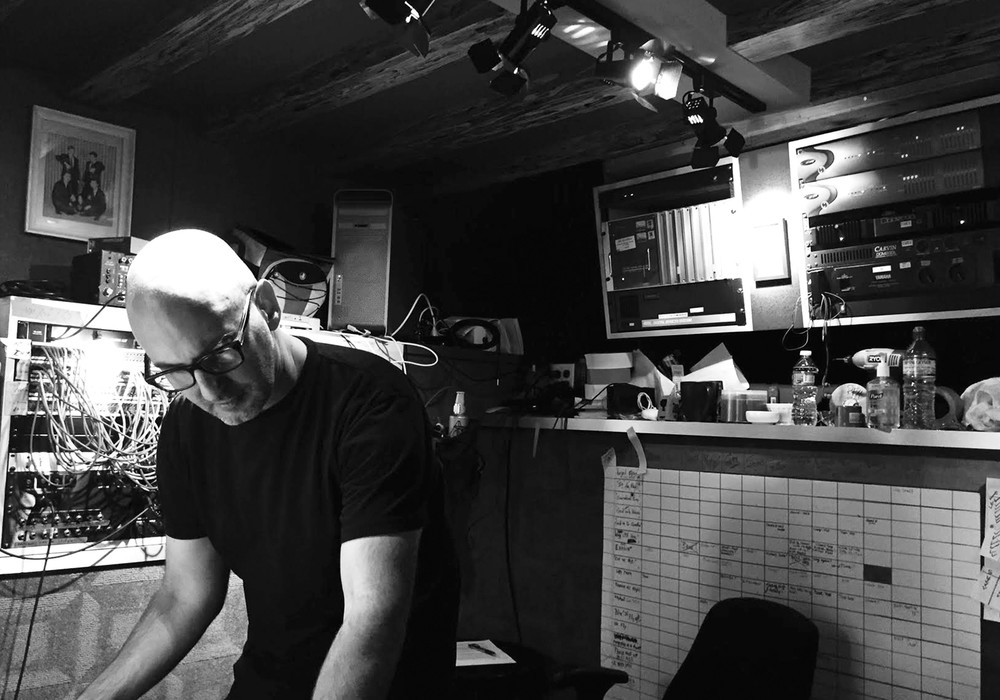 Based out of Santa Barbara, Thom Flowers worked as a producer and engineer at Orange Whip Recording in the mid-‘90s and early ‘00s, with bands such as Lagwagon, Toad the Wet Sprocket, Nerf... 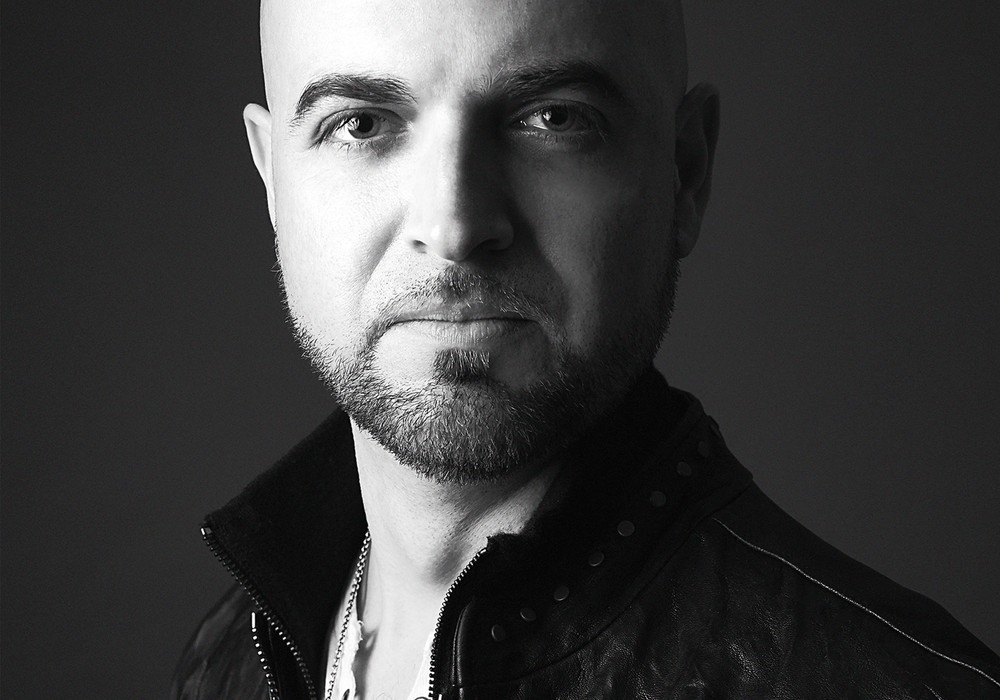 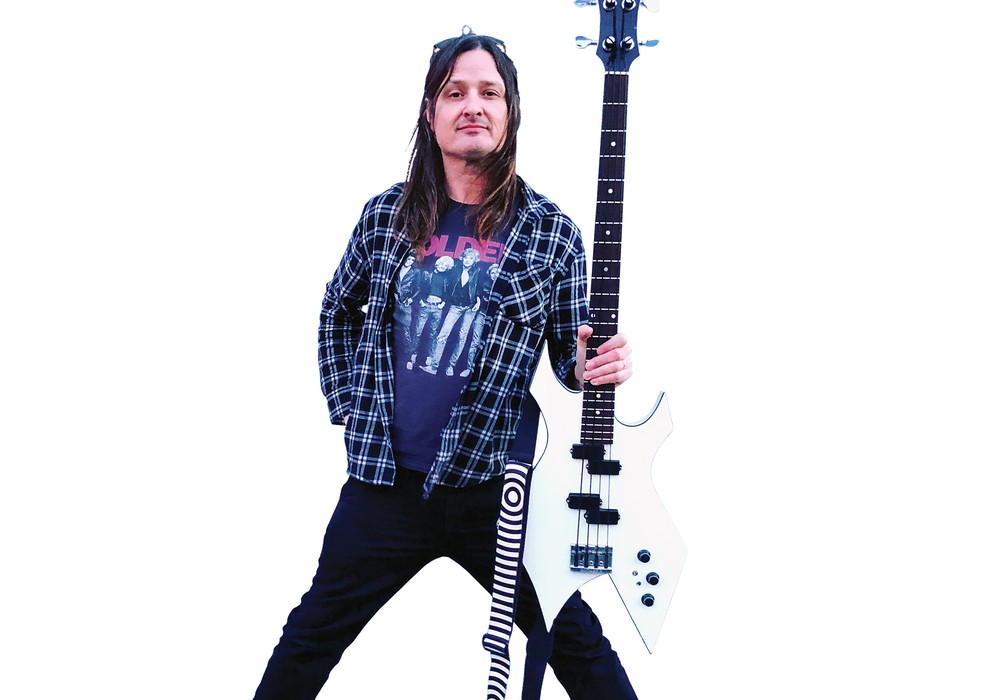 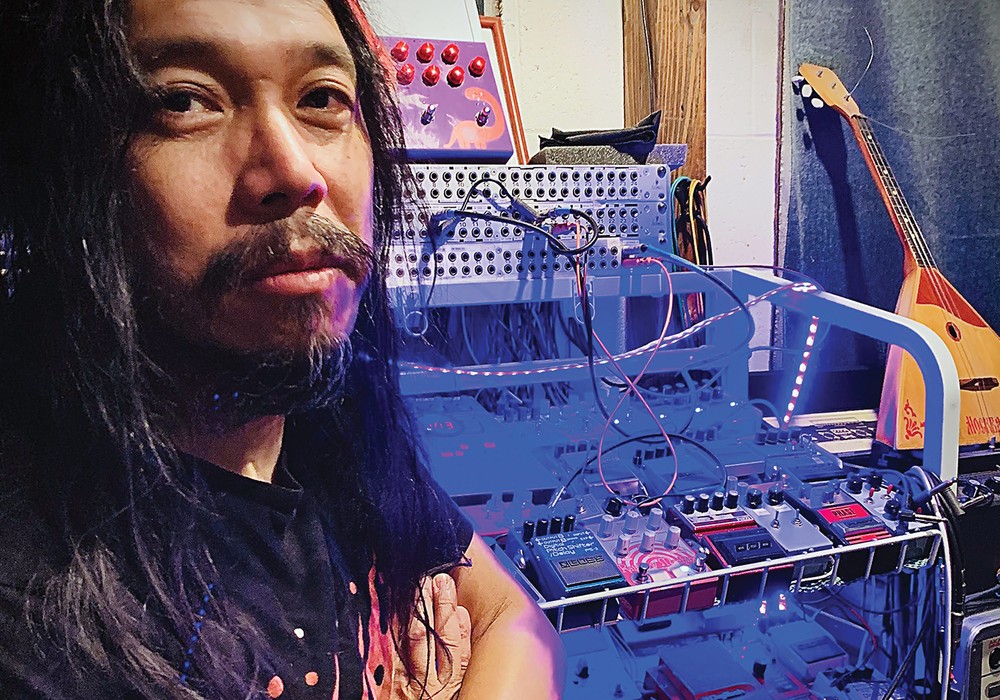 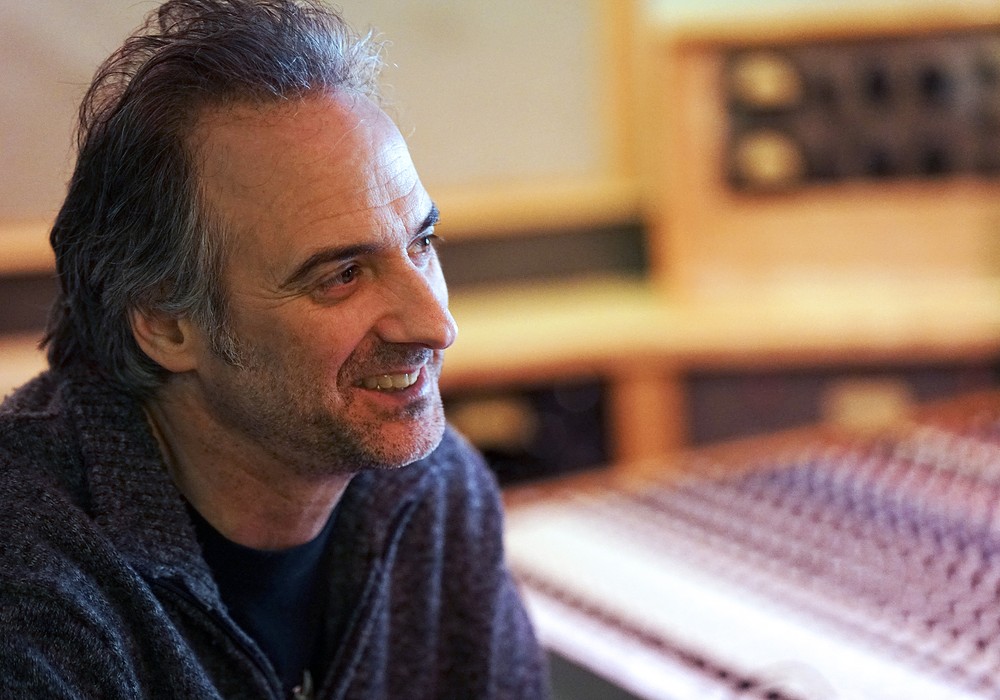 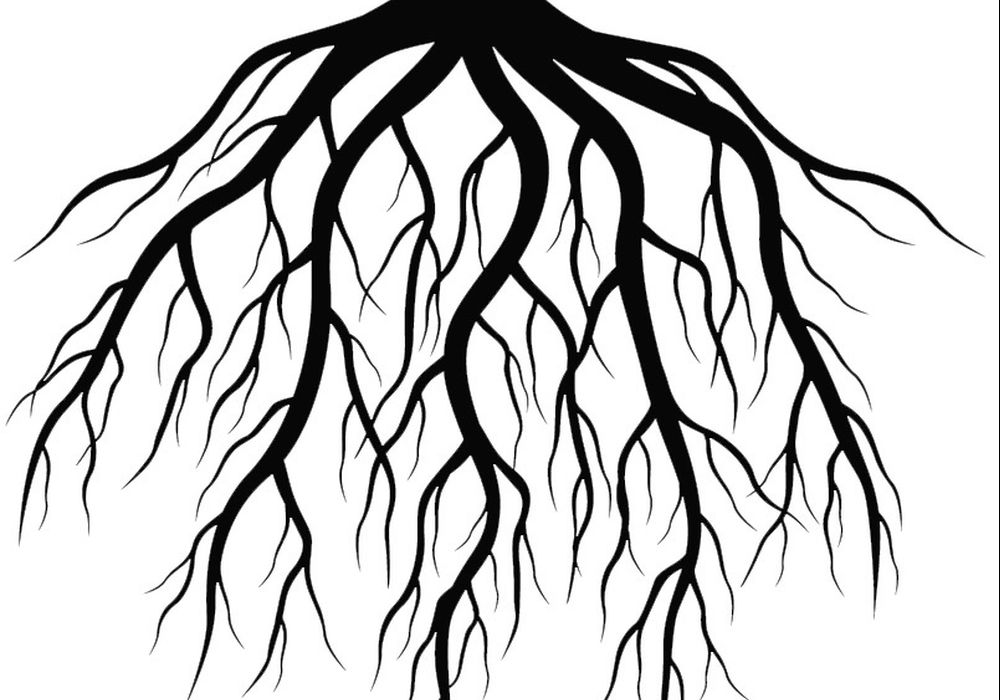 This last year, because of the pandemic, has been one of the most important times for learning how to pivot our skills, and to say yes to jobs that might have previously seemed outside our...

I still use the generic wire stripper that came in a $10 Radio Shack soldering kit that I purchased while in grade school. It consists of two rectangles of stamped steel, hinged together, with a...

If you want to time warp your sounds or samples, XLN Audio’s RC-20 Retro Color plug-in is most likely the tool for you. I should clarify that it is not a clinical, surgical, X-Acto knife of a...

by Hakko  |  reviewed by Matt Cohen

Twenty years ago a wiring guy loaned me a tool and reminded me to return it when I was finished because it was his “best flush-cutters” – I had no idea what the hell he was talking...

by AudioRax  |  reviewed by Kerry Rose

As I’m seemingly always reconfiguring my setup – with ergonomics, modularity, and aesthetics being the main driving forces – I was excited to get the opportunity to review...

For mixing, arguably the most important consideration for your monitoring setup is translation. You can have the most mind-blowing speakers in the world, but if for whatever reason the work you do on...

by Yamaha  |  reviewed by Alan Tubbs

The Yamaha YC61 Stage Keyboard is a 61-key waterfall keyboard, now also available with 73 and 88 keys. It has three separate sound engines: VCM for the H Organs, FM for the F Organs and FM sounds in...

Most ribbon microphones contain simply a thin aluminum ribbon, a magnet, and a transformer. This elegant design contributes much to what we love about the technology, but there are a few drawbacks:...

When I first got an original Roland RE-201 Space Echo, it required a lot of love to restore it to its former glory, so Echo Fix is who I turned to first. This Australian company has been providing...

by Sensel  |  reviewed by John Baccigaluppi

In the category of alternate controllers, the Sensel Morph is one of the best I’ve seen to date. By alternate, I mean as an alternative to your ASCII keyboard, mouse, trackpad, and piano-style...

I have a hard time trusting my ears. To be fair, my already limited mixing experience has been further restricted by a tight budget. But the thing I have the hardest time wrapping my head (or, ears)...

Gummy residue on your Sennheiser MD 421s and mic stands from overuse of gaffer/duct tape? “Original” Surface Safe Goo Gone goo & adhesive remover to the rescue. With a fresh, citrusy...

by Earthworks  |  reviewed by Geoff Stanfield

I’ve been recording many interviews for the Tape Op podcast series, and our new feature called DISCussion <tapeop.com/audio> en mass. In-person we usually use the DPA 4061 lavalier mics...

Electric & Company, operated by Mattie Smith and crew out of Austin, Texas, hand-build a small lineup of tube microphone preamplifiers and refurbish vintage units. My first experience with this...

by TELEFUNKEN  |  reviewed by Slater Swan

One of the most esteemed names in the world of audio production, TELEFUNKEN, has released a new and exciting product in their Alchemy line of microphones: the TF11. I was beyond excited to test out...

Perfect Groove, created by a small team of three developers at Rebeat Innovation, is a standalone application for Mac (OS X 10.11.6 or later and Windows 64-bit version 7 or later) that predicts how...

PSI Audio started making speakers before some of us were born. Alain Roux introduced his designs in 1975, while a student at the Swiss Federal Institute of Technology in Zurich. His company eventually...

by Audix  |  reviewed by Scott McChane

It’s easy to fall in love with the sound of some new headphones, as it might bring you a different picture from your existing pair. Inevitably for me, the novelty soon wears off, and I return to...

by McDSP  |  reviewed by Don Gunn

The McDSP APB (Analog Processing Box) [Tape Op #134] is the gift that keeps on giving. In addition to the original stock plug-ins the APB-8 and APB-16 shipped with, Colin and the folks at McDSP have...

Years ago, while wandering around NAMM or AES looking for new plug-ins that could do something cool and unique, I could always count on seeing the people from Synchro Arts showing off their unique...

by PreSonus  |  reviewed by Dana Gumbiner

I’ve established Studio One [Tape Op #86] as my primary mix and master environment these days, making the jump with the previous version (Studio One Pro v4.5) [#132] from other – ahem...

In 2011 Black Lion audio released the B12A, their take on API’s well-known 312A preamp. Not marketed as a clone of the 312A, the B12A represented Black Lion’s re-engineered take to deliver...

by IPR  |  reviewed by John Baccigaluppi

Frustrated because your stock Sennheiser MD 421 clip broke and you’re finding out that a replacement for the poorly designed original clip will cost you more than several gourmet pizzas to go?...

by Mixerman  |  reviewed by Larry Crane

In Tape Op #83 – ten years ago – I favorably reviewed the original Zen & the Art of Mixing book, noting that it was “ideal for someone who is unhappy with their mixes and wants...

These days, it’s pretty rare to see a piece of audio equipment with an innovative feature set, but the Cranborne Audio Camden EC2 is indeed one of those rarities. It is a combination two-channel...

by The MicLock  |  reviewed by John Baccigaluppi

This is an ingenious and very useful $25 accessory for anybody who owns Sennheiser MD 421 microphones and is perpetually frustrated at the poorly-designed mic clip/mount, the one that results in the...

by Audio-Technica  |  reviewed by Larry Crane

At my studio, Jackpot! Recording, while setting up for a tracking session I get pretty obsessive about fixing the little problems that annoy me. One of these “little” irritations is...

I was an early adopter of Universal Audio’s UAD plug-in platform. My 2003 Power Macintosh G5 may have housed only a single UAD-1 DSP Card [Tape Op #41], but at the time, I thought the world of...

The golden age of plug-ins is happening right now. Initially, most audio plug-ins aped existing analog gear such as EQs, compressors, and existing effects units like plate reverbs and tape delays. I...

Eight years ago, I had the opportunity to evaluate Apogee’s Quartet audio interface [Tape Op #93]. I purchased my own Quartet as a result, and have trusted it ever since for use at The Happy...