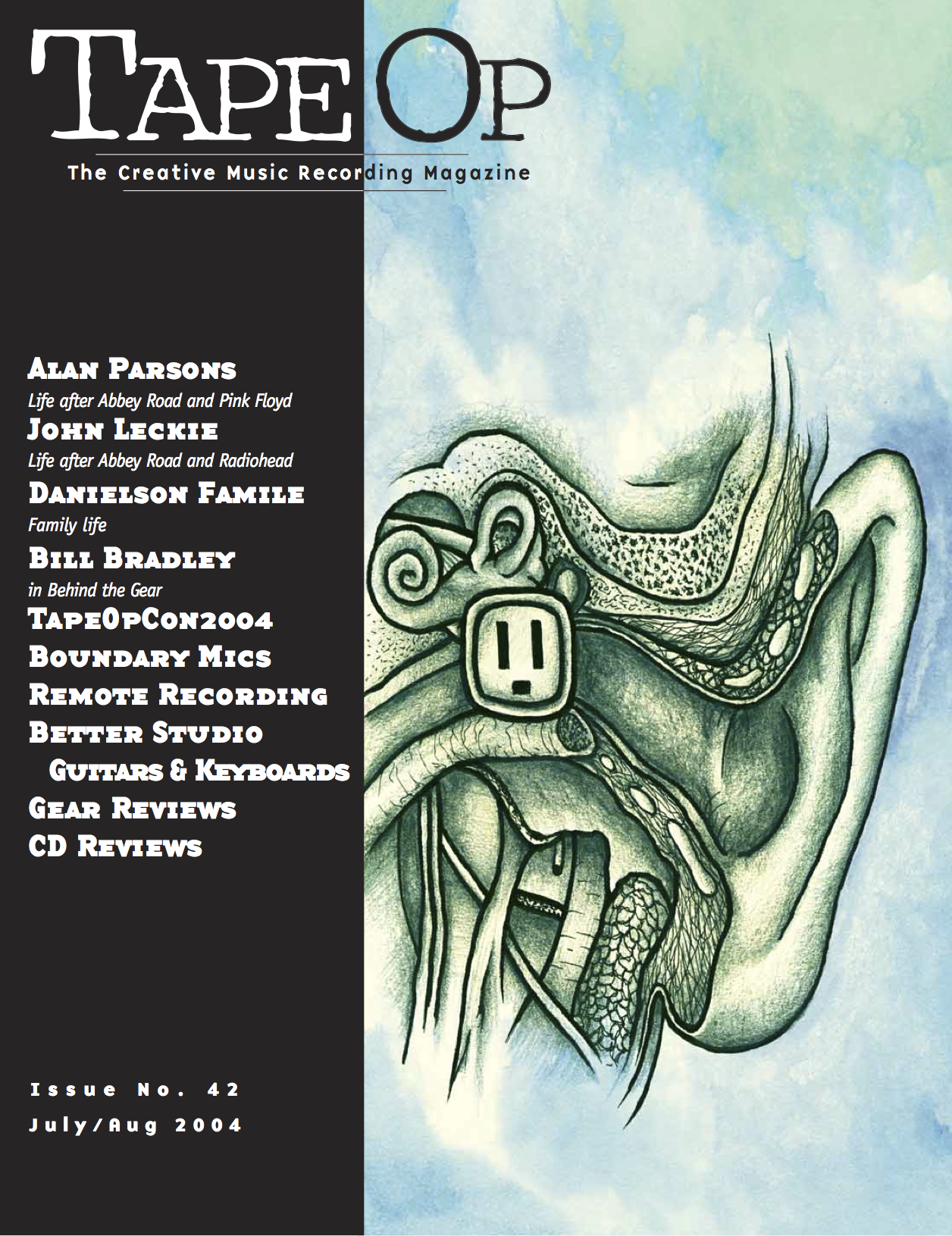 A few months ago I was wrapping up the evening by dropping into a local watering hole with a nice young lady, when a customer who had been sitting at the bar looked at me and said, "You're that Jackpot! guy, aren't you?" I assured him that, yes, I was the owner and engineer of a local studio. He proceeded to tell me his story, of acquiring some really nice gear (Studer/API/Calrec) and how eventually he shelved the idea of setting up a studio because he didn't have what it took to compete with the "big boys" as far as sound quality. I was confused by this story, but hell, one less local studio filled with great gear isn't exactly a bad thing for my business. He then asked what kind of console I owned.

I admitted I use an Allen and Heath Saber, a 56 input console from the '80s full of TL072 op amp chips and cheap capacitors. He sat nursing his beer for a while before telling me "You can't make a great record on a console like that." My companion took up sparring with him, asking him what inspires him to record music anyway. I mostly laid low in the ensuing conversation, besides mentioning that my clients wouldn't be able to afford the rate increase if I was to purchase (and eventually pay for) the kind of console I'd ideally own (API, Neve, etc.), but that I was busy recording music all the time and had many happy customers. The conversation never was resolved, but sides settled down eventually. As we were all leaving the bar, I decided to get my dig in. "Hey, all that stuff you told me about buying your recording gear and not even using it — that's the antithesis of why I started Tape Op magazine." He looked at me a bit bewildered, said his goodbyes and stumbled into the night.

PS: TapeOpCon 2004 in New Orleans was amazing. See page 22 for quotes and pictures from this annual event. 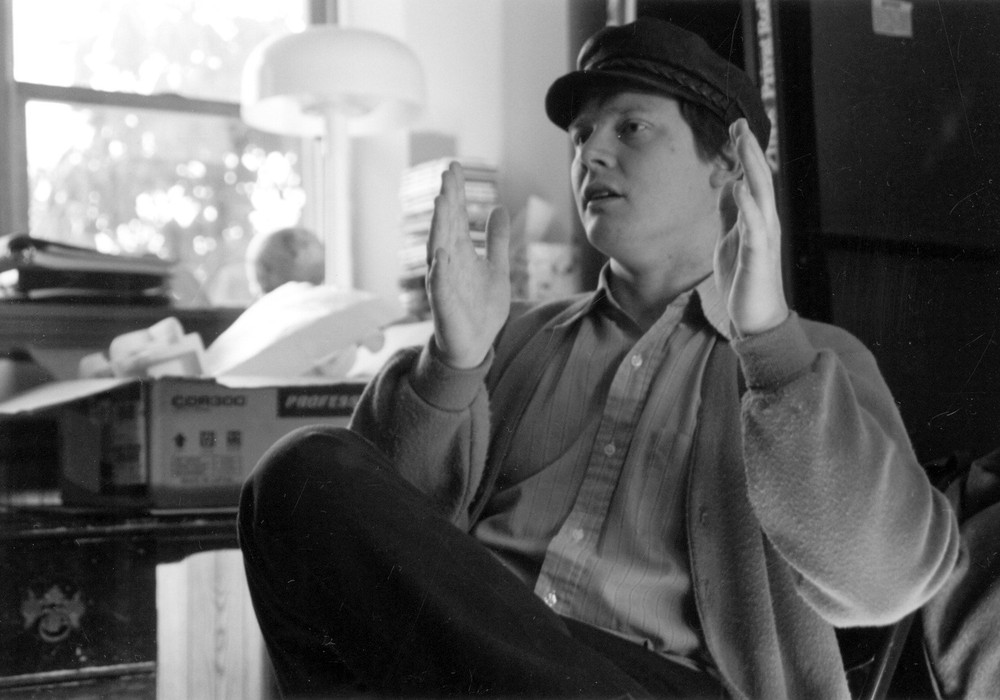 The Danielson Famile and its visionary leader, Daniel Smith, have been creating some of the most unique music to come out of New Jersey in the past ten years. Their songs are a veritable melting...

Anyone who's been around me for the last few months probably knows what's on my mind. I have a big mouth and I usually mull over aloud the topics that make up these 'end rants' for a while until...

"Sonic comparisons of audio technologies and techniques." Given that my "end rant" is about critical listening, this is a perfect CD to recommend this issue. It has 52 minutes of comparisons in...

A microphone for anyone who likes outstanding build-quality, interesting sounds, and a DIY ethic, the Copperphone is handmade by Mark Pirro (The Polyphonic Spree, Tripping Daisy). It's really cool...

The Signal Arts MIDI Analog Performance Sequencer was specifically designed for experimental composition in the sense that it requires the user to focus on the sequencing process instead of the end...

by Elektron  |  reviewed by Geoff Farina

If I had put the same effort into my homework as into manually copying BASIC programs from Compute! magazine into my Commodore 64 in the early 80s, I would now be writing legal pleadings or...

ATR Services is known around the globe as a leading authority on analog reel-to-reel machines, especially the Ampex ATR-102 series. Given this profile, ATR receives numerous questions about caring for...

by Glyph  |  reviewed by John Baccigaluppi

This hard drive is kinda' like a Hummer: Totally overbuilt and over engineered. Like a Hummer, it's like killing flies with a sawed off 12-gauge. But unlike driving a silly, gas guzzling Hummer, the...

The perennial problem with overdrive stompboxes is that many of them excel at only one sound. And sometimes it's a bad sound. The Ibanez Tube Screamer (TS-808 and original TS-9 models) has, over the...

With all the ads, articles, and newsgroups hammering us with buzzwords, it's easy to think that the only "real" equipment must be either Class-A, discreet, or tube. But don't forget that there have...

I've always wanted one of those hi-tech, heavy duty mic stands with the hella' long booms that you see at the AES shows in the boutique audio type booths. But, when I see the price tag of several...

This little bad boy is a total life-saver. Ever had a problem putting your Audio-Technica 40-series mics close to drums because of the shockmount? Or perhaps close to another mic in a coincident...

by Electro-Harmonix  |  reviewed by Joel Hamilton

Wow. This seems to be the operative word for this compressor. We are trying one out at Studio G Brooklyn right now. Wow. This compressor is the ultimate expression of "tube comp" in my opinion. This...

by Behringer  |  reviewed by Joel Hamilton

One of the first things I learned when I started recording live concerts is the importance of a compressor/limiter right before going to tape/hard drive. All it takes is one little nasty "snap" of a...

by Yamaha  |  reviewed by Larry Crane

Some engineers know the old-time trick of placing a speaker (oftentimes the woofer from a Yamaha NS-10M, ironically enough) in front of a kick drum or bass amp, then running the speaker cables into a...

Considering the number of channels (24 in/out up to 48 kHz, twelve up to 96 kHz), the EC-2 is by far the least expensive set of 96 kHz-capable converters on the market. The inputs and outputs are...