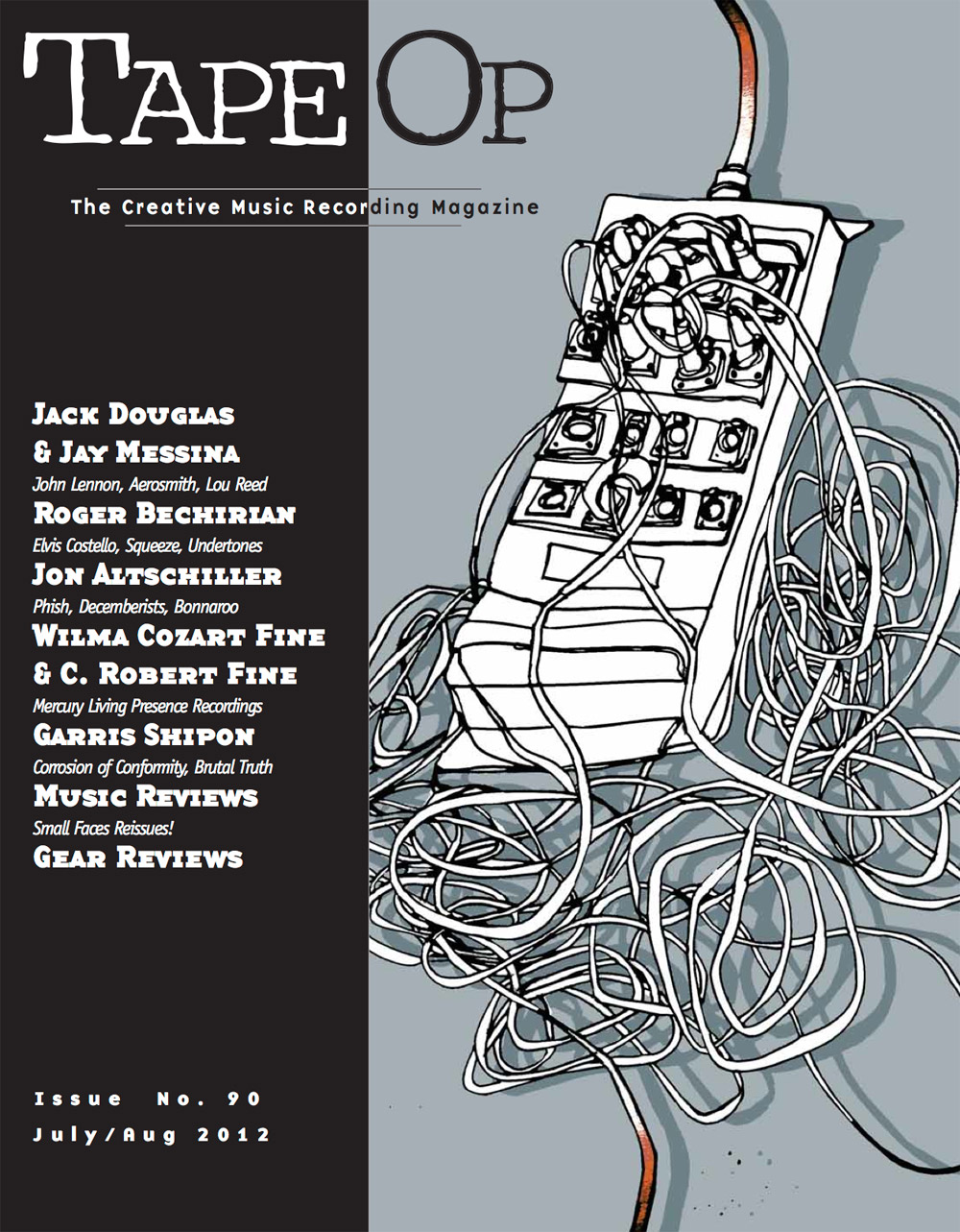 I remember my first experiences of being captivated by actual studio creations; not simply drawn in by the songs as I had been before, but instead intrigued by the sound of the recorded music. It was as if a whole new level of listening had opened up. Why did ELO's Out of the Blue sound so exciting and bright? What story was Pink Floyd's The Wall trying to steer me towards with all those crazy sound effects and atmospheres? How did the Flipper's guitar player make that wall of noise on "Sex Bomb"? What could possibly be the setting of The Beatles' "I Am the Walrus"? It didn't sound like four guys in a room singing love songs to pretty girls! Why did the Sex Pistols' debut album, Never Mind the Bollocks, sound as if there were 100 guitar players, when I knew there was only one guitarist in the band?

Albums and music became a place to lose my teenage self. Far away from the petty, boring world of high school I could listen to King Crimson and imagine an abstract, brilliant realm they were coming from. I could crank Wire's 154 on my cheap RadioShack headphones and wonder why this rock group sounded like they were beaming me songs from a dark void, somewhere unknown. I still lose myself in music all the time, but now most of the sounds and studio techniques that seemed so alien to me some 30-plus years ago have revealed themselves asobvious tricks of the trade. These mysteries may be solved for me, and the people behind this magical curtain appear in our magazine every issue. But now I also get to be one of the people creating new mysteries and soundscapes. Maybe listeners can lose themselves in records I've helped record and mix and wonder how they were made. And that's probably the best honor I could ever earn.

Thomas Fine is the son of Mercury Living Presence producer Wilma Cozart Fine and engineer C. Robert Fine. His description of the Mercury technique is based on firsthand accounts by his...

Your magazine was not the first place I'd seen Count's "I Have a Credit Problem" essay [Tape Op #89], but I feel compelled to respond. I agree with his general ideas — credits should be shown,...

Why is it that pretty much every studio I've visited that doesn't employ a full-time receptionist also lacks a working doorbell? Without a doorbell to ring, I usually have to call the mobile phone of...

by Lynx  |  reviewed by Allen Farmelo

by The Schmidlin  |  reviewed by Chris Koltay

The Federal AM-864/U was made for the US Army in the '40s and '50s for use in AM radio broadcasting. Like most obscure, vibey pieces of vintage gear, these have recently become prohibitively...

Introduced in 1976, the Ampex ATR-102 2-track tape recorder is often cited as the finest tape handler invented. Not limited to one width, users can swap head-stacks and guides, permitting a single...

Fleetwood Mac's 1977 album Rumours sold over 40 million copies, topped charts around the world, and won a Grammy for Album of the Year. Ken Caillat, along with Richard Dashut and the band, produced...

by Douglas Self  |  reviewed by Joseph Lemmer

This book presents a large body of knowledge and countless insider-tips from an award-winning commercial audio designer. Before this book, complete information about original audio circuit design was...

First looks can be deceiving, and the Radial Q3 is anything but what I initially imagined it to be. My first impression upon seeing the 500-series module was of an Auditronics-style 3- band inductive...

I have not been excited about a new mic preamp in a long time, especially a solid-state one. You know what I mean? Doesn't it feel like in the last 10 years or so, we witnessed an explosion in the mic...

I've been using analog synthesizer filters to process audio ever since I bought a PAiA modular synth in the mid '80s, and you'll get no argument from me if you were to say the venerable Moog filter is...

This venerable DAW, which was introduced originally for the Atari ST in 1989, was last covered in Tape Op in 2010 (Tape Op #75); Garrett Haines and I cowrote the Cubase 5 review. For this latest...

Rupert Neve is a name that's been around in the recording world for quite a while now, and it holds a lot of weight. Few names are as synonymous with audio design, but when it came time to release a...

Last year, I upgraded the pair of Ultimate Support MS-45B2 monitor stands (Tape Op #49) in my personal studio to the current, second-generation model in Ultimate Support's studio lineup, the...

by ioSafe  |  reviewed by Andy Hong

Past reviews in Tape Op have covered external hard drive storage systems with RAID capability for redundancy in case of drive failure. Even if you're doing daily backups, the loss of one day's worth...

The QWERTY keyboard that I use with my DAW is a fully-programmable Cherry SPOS G86-61410 (Tape Op #56) designed for use with Point of Sale register stations. Any keycode, key combination, or sequence...

The Small Faces are criminally overlooked here in the United States. "To most people over here we had just one song, 'Itchycoo Park,'" keyboardist Ian McLagan told me recently. In fact, the band had a...