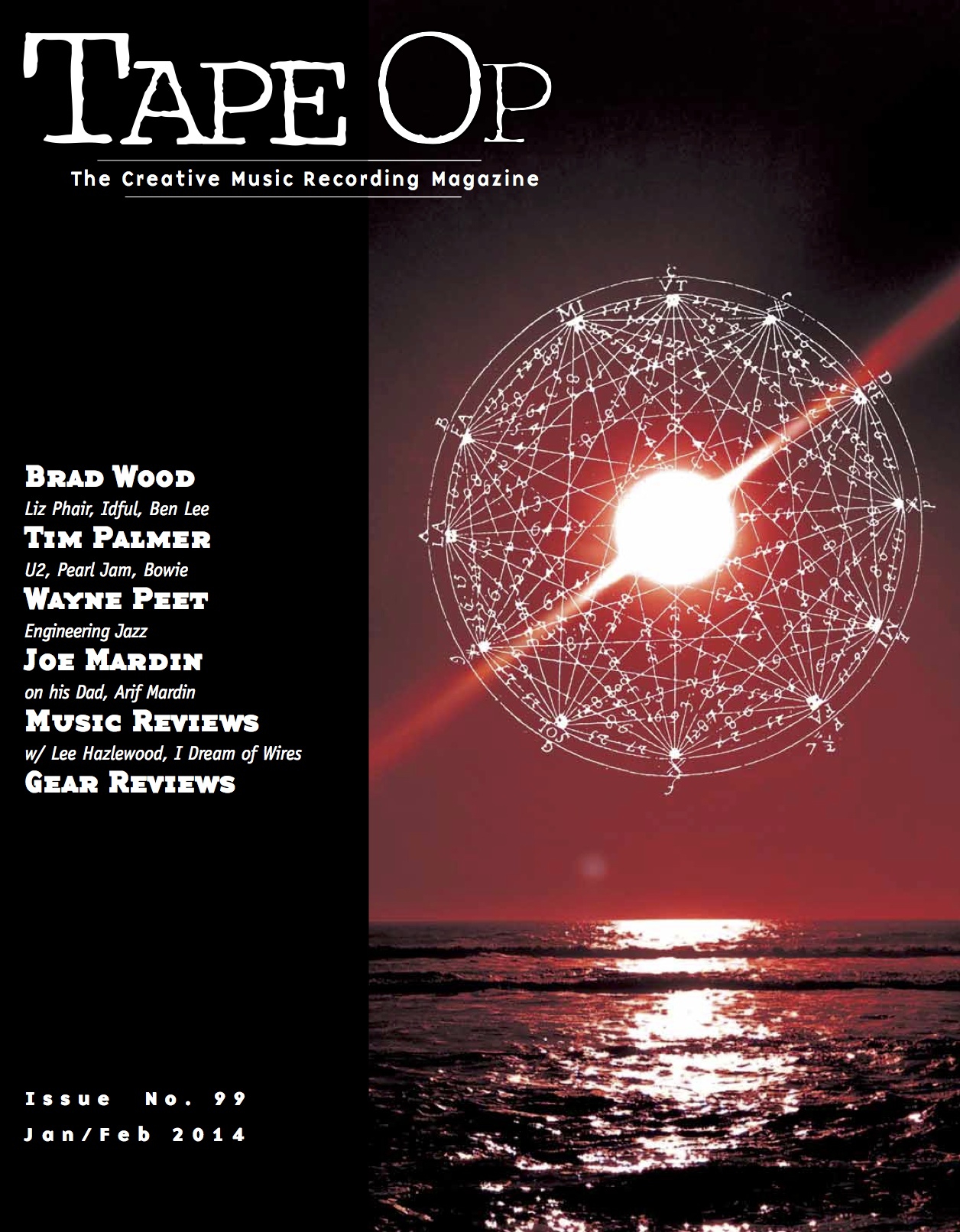 It's always good to remember that music recording isn't only about the making of albums and songs to send into the commercial marketplace. Sometimes we simply need to capture a unique point in time, like a live show or a rehearsal. Other times it's so we can keep a log of musical ideas, knowing the performances aren't intended to be heard by the rest of the world. Or maybe recording can be just for fun; something friends can do together with no pressure.

I must have had the instinct to capture performances and ideas from birth. When I was in my teens I recorded silly (and serious) stuff with my friends all the time. I still have boxes full of cassette tapes from 1981 onward. Some of the recordings I captured formed the basis of recent releases by the groups I was in, including The Protons, Idler Arms, and Vomit Launch. It may not be the most important music in the world, but if it hadn't been captured there would be no chance for anyone to ever hear it. It makes all those years of lugging around boxes of tapes worth it, and now it can be shared with the world.

I guess that's why we record.

It’s the Little Things That Count

Years ago John Fischbach, a well-established and respected producer/engineer, came to my studio to record an album that our mutual friend, Luther Russell, was producing. [See Tape Op #21.] In those...

As a studio owner, I'm constantly battling entropy. Whether it's everyday gear, or rarely-used tools and accessories — stuff tends to pile up randomly in corners and cubbies. When I decided to...

The original Apollo [Tape Op #95] is a groundbreaking unit that combines real-time UAD plug-in processing, A/D and D/A conversion, and mic preamps in a single 1RU-height box. While the original unit...

by Shure  |  reviewed by Larry Crane

What's a Studio Guitar Interface? Well, the SGI allows us to take an electric guitar, or any high-impedance, unbalanced instrument signal, and send it down a balanced signal path (think mic cables,...

by Earthworks  |  reviewed by Adam Kagan

Earthworks, while best known for its catalog of super- accurate microphones, also produces a line of microphone preamps based on the philosophy of extremely-low distortion and fast-responding...

If you are short on time and just want the thumbs up/down on the B32 Vancouver 32×2 mix bus, it gets an enthusiastic thumbs up. All the adjectives that you might find in an adult-film review are...

The SF-2 is a phantom-powered version of Royer's discontinued SF-1 ribbon mic, which means you get to press the +48V button without feeling like you've brought about the end of humanity. After that...

Cakewalk has been in the news a lot lately. First, Gibson agreed to buy them from Roland. Having a guitar maker buy a DAW company is not as odd as it first seems, since Gibson also owns TASCAM, maker...

Before we get to Steve Silverstein's opinion on the newest speaker offering from PreSonus, let me butt in. After reading the first draft of Steve's Sceptre S8 review and his email exchanges with...

The Phoenix Audio DRS-EQ/500 is a 4-band equalizer in 500-series format, loosely comparable to the API 550b. Each band offers fewer frequency points than a 550b, without overlap between the bands. The...

Transparency comes in many colors. The Archangel is a mic preamp that seems to create its own reality of transparency - with unprecedented "passive gain" topology; cool, interesting design; and...

by Death By Audio  |  reviewed by Chris Woodhouse

Never saw it coming. Another day at work at the Dock (our spanking-new studio spot in Sacramento), helping my bud John Dwyer (Thee Oh Sees, Coachwhips, Damaged Bug) spray fuzz guitar all over...

I would highly recommend Robert Fantinatto's documentary film not only to anyone interested in modular analog synthesizers, but to anybody interested in sound and the electronic reproduction of audio...

Somehow Light in the Attic Records has been given access to the vaults of LHI, the company that producer, songwriter, singer, mogul, and cowboy Lee Hazlewood helmed in the mid-'60s and early-'70s....