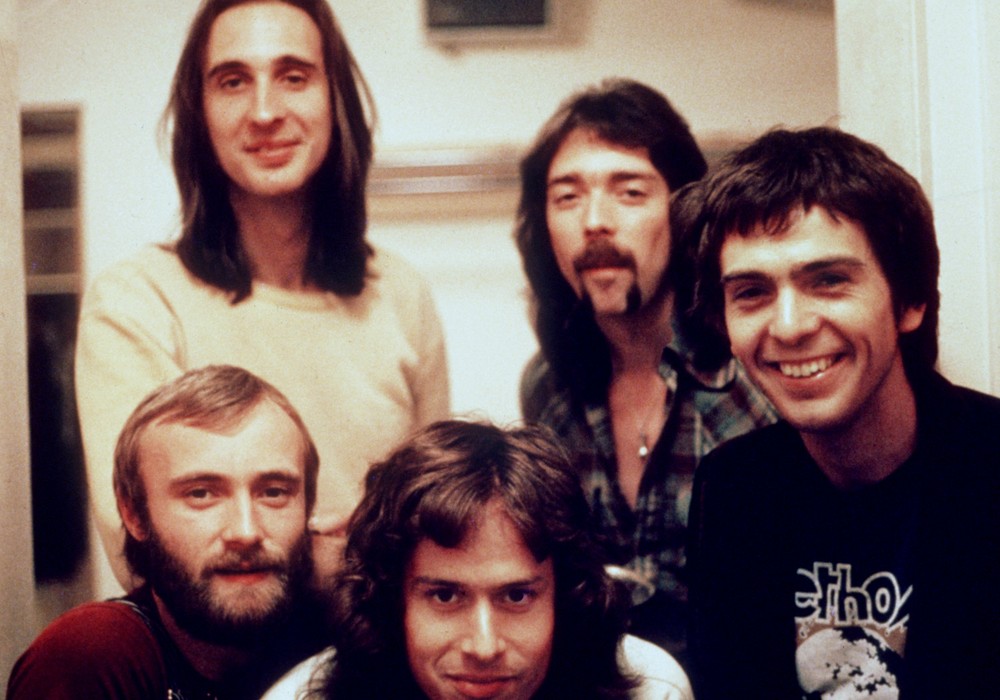 When Mike Rutherford steps in to his hotel lobby from the busy New York City streets, there's barely a stir. Though tall and remarkably unchanged from his days as the guitarist in Genesis and leader of Mike + the Mechanics during MTV's heyday, only a few people seem to notice that a rock star with 80 million-plus album sales under his belt is standing nearby, chatting amiably. By the time we make it to Rutherford's comfortable but modest hotel suite, he's loose and talkative, excited to discuss the new documentary (Genesis: Together and Apart) featuring all five members — Peter Gabriel, Steve Hackett, Phil Collins, Tony Banks, and Rutherford — of Genesis, as well as the band's 3-disc anthology R-Kive and the Mike + the Mechanics reissues and tour set for 2015.

<This is the complete interview from Music Reviews in Tape Op #105.>

I think that one of the things that struck me after hearing the new Genesis anthology R-Kive is that I noticed that you and Tony Banks are there from the very first track all the way through. You're there the whole time. Listening to it that sound was really the core of Genesis, wasn't it? Maybe you didn't realize it at the time, but at some point did you realize you were the rhythmic core?

You start with R-Kive, but actually R-Kive started with our documentary. Before that I sent the memoir I've written that's coming out next year out to the band. And I think it warmed everyone up a bit. I think that they remembered what a great time that we had. When they saw the book, they kind of warmed up to the project. So to answer your question, doing the book made us all realize that the sound has a relevance to what we've always been in a sense.

When you to approached the documentary was everybody on board right at the beginning?

Yeah, it wasn't really hard, but I do think my book first helped remind them what a great time it was. It wasn't hard. Everyone wanted to be aboard. Otherwise it wouldn't really have worked. And it's nice to see us talking about the old days and stuff.

So it's not just individual talking heads, so to speak. You are together?

Wow, that's fascinating, how was that?

The same old thing, Peter winding up and Phil's good humor. It was good actually.

I interviewed Ringo Starr a while ago, and he said that they could never agree about anything when the Beatles were making the Anthology. Their memories are so totally different about even the same events that all four of them were present at. Did you have those moments? Was there conflict in this?

Tony Banks is the keeper of the keys. His detail was pretty good. If we weren't sure we deferred to him. The other thing that's surprising is that you sort of forget. And Peter's time was quite short really. It was an important time, but the timeline was quite short.

Listening chronologically to the new R-Kive set, the thing that surprised me was how well it all hangs together. Some bands will have the hits up front and intersperse things.

We thought in a sense we felt that if we didn't go chronologically, we'd be in trouble. Where do you put songs and figure out the running order? It actually seemed like the right way to do it. I said that there was a better story. People don't put it together. You've got the Gabriel career, the Collins career... the variety of songwriting is actually quite different. People don't put it together, but when you do that, you kind of realize that it's a huge range of material. That's kind of what got the whole thing going.

Yet they aren't completely separate. I've always thought of them, like you said, as the Peter era and the Phil era, but it's not really that, is it?

Right. It does flow together nicely. And everything Pete's always done I've enjoyed, and it's the same way with Phil.

When you were starting out, you were really playing more bass and pedals and rhythm guitar. You really evolved, and yet that sound never disappeared. The things you developed early on in the studio and live are constants in Genesis, aren't they?

Well, if you take a very early track and a very late track, they do sound completely different. But taken in chronological order, the evolution makes sense. Listeners can see you all developing your chops — for you the double guitars, the pedals going on — and everything happening. Tell me a little about that adaptability in the context of the band. You did...