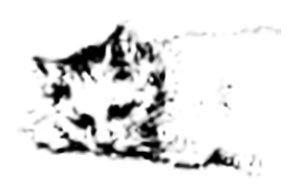 In Northern Ireland, in a certain region of the countryside, you can find Analogue Catalogue Recording Studios. This residential studio is run by Julie McLarnon, an engineer/producer with a fascinating history and a passion for analog(ue) recording. Her records for The Vaselines, Jeffrey Lewis, King Creosote, Barbarossa, and The Shivers are proof of her skills. Myles O’Reilly’s documentary short film with her, The Psychology of Analogue, is also worth tracking down on YouTube, and I found her insights in it on hearing quite interesting.

When you were quite young, you decided to study recording. What inspired you?

My inspirations were initially very early, when I was probably nine, with the Bowie records. [Tony] Visconti’s [Tape Op #29] work; the Trident Studios era. I’d fallen in love with that and T. Rex. These records came out when I was born, so they were out of step with where I was chronologically, but I was in love with them. Then I went further back and started getting into the Velvet Underground and those kinds of records. The film [The Psychology of Analogue] covers how I’d had a childhood where I spent a lot of time on my own in a hospital, and my ears overdeveloped. I was able to pick sounds out easily, hence when I did learn music, I learned it fast. It was only putting theory into my mind that I’d already worked it out. It was the same with being able to listen and hear. The first person to teach me to place mics was Bill Leader [Bert Jansch, Pentangle]. He taught my college course, which was the George Martin Recording Technology course. It was the best college course for learning production, and it was free! I did an audition to get in; it was mentored by George Martin and taught by Bill Leader, at Salford College of Technology.

Which is near Manchester, right?

Yeah, it’s part of Manchester. I was lucky enough to go there. The year that I was there, the other people on the course were Humanoid [Brian Dougans] and A Guy Called Gerald [Gerald Simpson]. A lot of people who were part of the dawn of house music were tinkering away, and they were part of those 20 odd kids who were doing that course.

I went to recording school when I’d just turned 16. Then I was working at Strawberry Studios before my 18th birthday.

That was 10cc’s studio. How did you get in there? Through the school?

A bit. When I got to the end of the second year, which was the end of the course, I could’ve stayed on to turn it into almost a degree; but I got the first part of my qualification and I got Student of the Year from George Martin. I got a decent reference, so I got pulled forward for an interview to work at the BBC, and I didn’t get the job. I now think that it was probably for the best. The BBC probably wouldn’t have taken working-class Northern Irish girls. I think they were looking for a different type of person, at that point.

I walked away from that. I knew about Strawberry Studios, and I was a big Nico fan. I knew Nico had been working with [Martin] Hannett [Tape Op #103] there, and then Nico had died over that summer. I still wanted to go there and work with Hannett, so I turned up and told them that I’d work for nothing for three weeks during my summer.

Obviously, Martin Hannett was still with us, and engineer Chris Nagle – who had been his engineer on Joy Division’s Unknown Pleasures and many other records – was there.

Yeah. I continued working with Chris right up until a few years ago, when he kind of retired. I’m still in touch with Chris all the time. Me and Chris worked together a lot after Martin passed. They were both absolutely incredible engineers. They’re not that dissimilar. Martin’s known for being more outwardly-spoken, shall we say. I think that they enjoyed having me in the room, because I would be very female and buffer-ish about it. When the drummer’s doing a take, and they’re f-ing and blighting about how not up-to-standard they’d think it was, then they’d go, “We need to move that mic,” and I’d wander in and go, “Yes, it’s going well!” Trying to calm them down and do the buffering, not letting the musicians see the tension.

There’s a bluntness that happens in the studio, isn’t there?

Oh, yeah. The psychology of handling musicians is a massive part of it. Knowing when to push them, but not break...