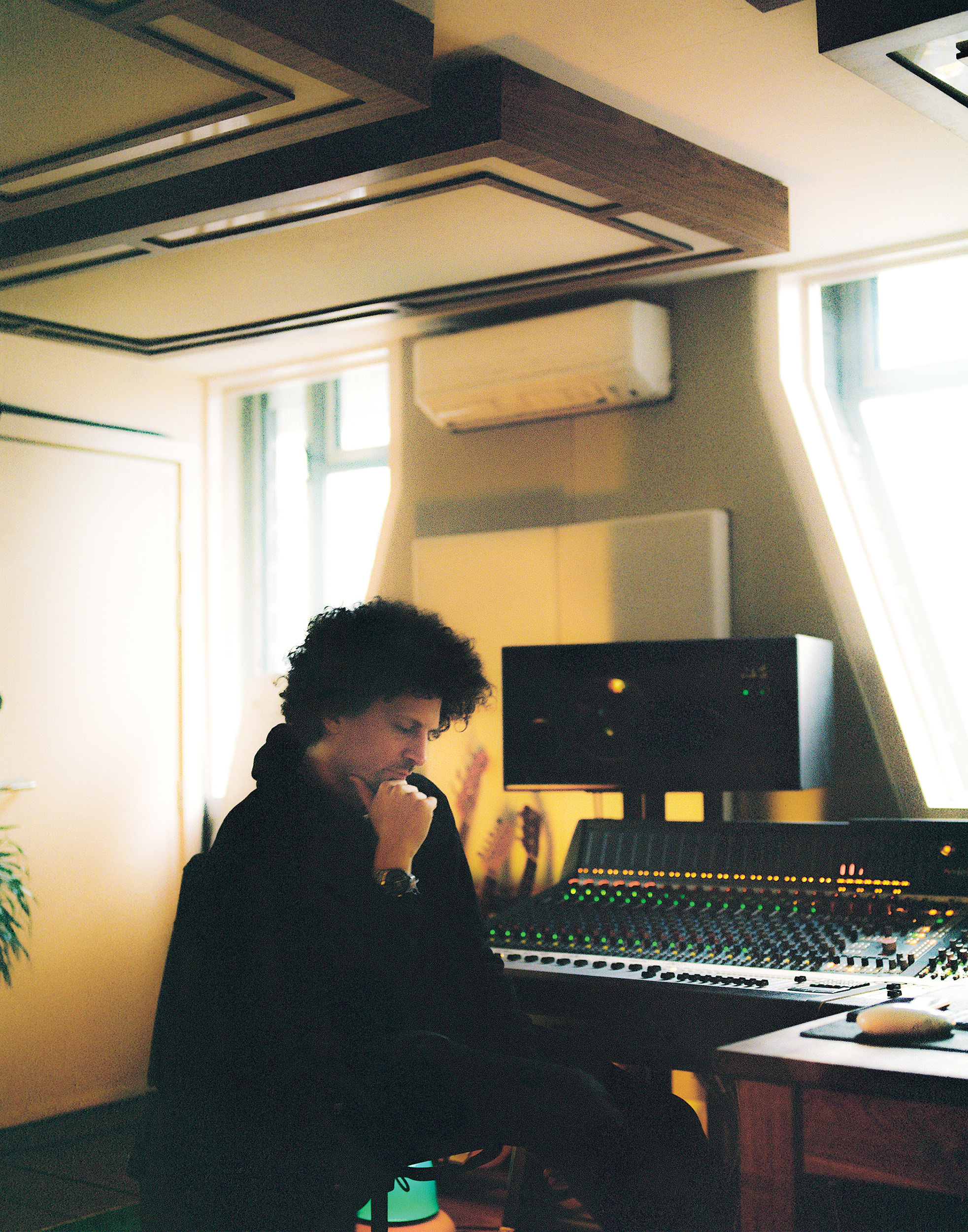 Ben Baptie is a London-based producer and mix engineer. After working with Tom Elmhirst at Electric Lady Studios in New York, Ben went freelance, working on records by Albert Hammond Jr., U2, and Lianne La Havas. In 2015 he moved to London and on to sessions with artists such as Lady Gaga, The Strokes, Moses Sumney [Tape Op #125], Jamie T, London Grammar, and Daughter. Ben produced Rex Orange County’s third album, Pony, mixed Little Simz’ Sometimes I Might Be Introvert, and was nominated for UK Producer of the Year at the 2020 MPG Awards.

What did you learn from Tom Elmhirst during your time at Electric Lady Studios?

Pretty much everything! What Tom was great at doing, as a mentor, was instilling the practice of mixing. Not so much the technical side, but rather keeping on top of making sure everything was tidy. If I went back to something six months later, I could fully understand where everything was. There’s a whole labelling system I did with him that I still use now. He was also great at showing me that mixing is about routine. Once you get into those routines, and implement them over and over, you make your life so much easier. When I was first freelancing, I didn’t have an assistant, and I learned you shouldn’t be prepping something while you’re mixing it. If you’re prepping when you walk into the studio, you won’t be able to creatively mix a song. Get it done before you get into the studio, so you can walk in and start mixing. He was also great at explaining the whole other side of mixing, which is dealing with people. People with different agendas, personalities, or egos. That’s probably the biggest thing I learned from him.

Did you intend to stay at Electric Lady, or were you ready to go freelance?

When you work with Tom, he tells you he’ll fire you when you’re 27. You should use it as a stepping stone to having your own career. He believed in the role of assistant, because he did it for Trevor Horn [Tape Op #89]. He didn’t want me to stay, even though we got on great together. I knew it was going to come to an end, so I knew I had to sort myself out.

Do you listen to music for pleasure now or are you always “on” with your mixing brain?

I’ve definitely felt my relationship to music change quite considerably. Sometimes for the worse, sometimes for the better. When I was 19, I may have thought, “This is sick. I love it,” or, “This is shit.” Now, however, I can appreciate music for what it is. That doesn’t mean I love it, but I can appreciate it. I try to keep my mind clear of music because my engagement with music is incredibly strong. It’s emotionally taxing to listen to too much music. It’s important for the job to listen to a million songs all the time. I never reference anything when I mix, because if I said, “I want this to be like this Drake song,” or, “I want to mix it like this Bowie song I love,” that’s so confusing because you love those songs and won’t be able to make it exactly like that.

How do you determine you’re done with a mix?

A mix is really never finished, so I walk away from it when I leave the studio. I trust my initial reaction if I think a mix is done. Mixes should be exciting, even if it’s a sad ballad. It should emotionally show off the song to the extreme. The way to ruin that is to keep listening to it and keep changing it. I get to a stage – maybe it’s 5 p.m. or 2 a.m. – where I go, “Okay, I’m done.” I’ll print it and say, “I’m done!”

What was the process for producing and mixing Rex Orange County’s Pony?

Alex [O’Connor] is an incredibly talented person. He has a style that makes any instrument sound like him. He’s prolific, so I have to reign it in and stay focused. With Pony, we wanted it to be grand, and to add things that maybe we wouldn’t have thought we could achieve. We thought about who we could add to this, like, “Who can add something we don’t understand how to do?” So, we added Pino Palladino on bass for one song, and it was fucking perfect. Or Sally Herbert’s [string] arrangements; she got it right away. I mixed it at Strongroom’s Studio 1. We put a lot of intense focus on every single second. I don’t know if I’d do that type of intensity again, because that was specific for that project. It was special.

Do you like to serve as both producer and mixer on an album?

For a long time, I envisioned being a mix engineer; then to be a producer and not mix anymore. But now I want to be the best mixer I can be. I love the relationship with producers you can have as an engineer. When I worked with [producer] Inflo on Little Simz, he could really produce because I was engineering with the mix in mind. I track quietly on [Yamaha] NS-10 [monitors] so that I can make sure it sounds like a record when we’re tracking. I enjoy not producing projects [that] I mix. For Rex, it is something I fully understand and know what I may do as a producer. We have a relationship that works alongside each other. There are other acts that I love that I know I won’t produce. I just really love mixing.

Do you mix analogue?

Always. I can’t mix in the box. I learned from Tom on a Neve VR [console], so it’s what I know. In the time that you can move a fader, you would have to squint at a screen, scrolling and tripping over plug-ins. That moment is gone, and you forgot what you wanted to do. I recently got a Neve Genesys [console], which I love. All the automation on the board gets stored in Pro Tools, and I can access the board from Pro Tools and automate it. It’s all analogue, but digitally controlled. They’ve nailed it. I can keep all my outboard with an old school setup that can do anything.

Do you ever feel isolated being a mix engineer?

I love to bring the artist into the process. My biggest qualm with how people perceive mix engineers is that the song goes off to a mix engineer, they do this magic, and then send it back. I think that’s bullshit. It’s not my song, it’s the artist’s. The artist should have as much involvement as when they wrote the song. The most amazing mix ideas have not been my ideas, they were the artist’s. Artists have something inside of them that is instinctive, and they know what to do.

David Dargahi is a London-based producer/engineer who has worked with Moses Boyd, Flyte, Hugh Harris, Poppy Ajudha, and recently released his own music under the pseudonym DARGZ.
www.daviddargahi.com