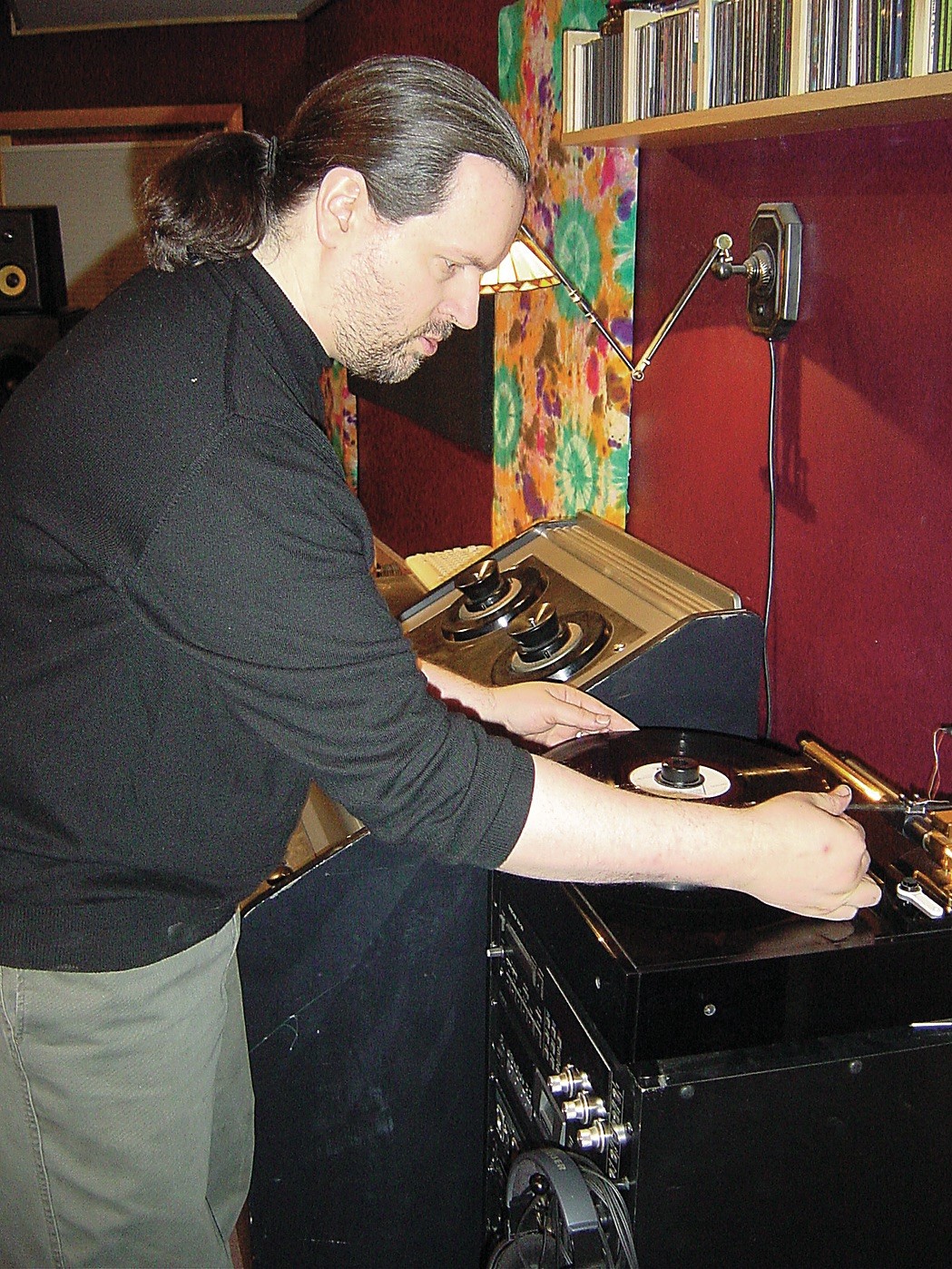 Located just five minutes west of New York City, in suburban Tenafly, New Jersey, Alan Douches' West West Side Music Studios offers a quality alternative to the big name mastering facilities in New York. It's a comfortable studio in which bands can stay overnight, often enjoying the atmosphere of a fireplace and Alan's mountain dogs. A mastering house the majority of the time, Douches' facility also includes a recording studio, offers enhanced CD and DVD authoring and tape baking, and serves as home to his own Deko Records label as well.

Alan began as an assistant to Jack Douglas [Tape Op #90] and many other producers at New Jersey's Grand Slam Studios. Alan learned the audio trade the traditional way on a classic Neve 8038 board, and eventually became senior staff engineer. After assisting him for the past few years, I am still amazed at his skill and his innovative ideas about the music business and life in general. Whether he is pitch shifting one note of a whole song's mix, or overdubbing cowbell during mastering, I never cease to be amazed at the lengths he will go to for a great record to be made.

He has worked with a plethora of artists of all genres, including The Promise Ring, BS 2000, Trans Am, Martin Denny, Fatboy Slim, Snapcase, The Chemical Brothers, Earth Crisis, Jets To Brazil, Basement Jaxx, Damon and Naomi, Olivia Tremor Control, Yes, Train, Ben Folds Five, Burning Airlines, Hole, Oneida, Dismemberment Plan, Run DMC, Fleetwood Mac, The Slackers, Pete Townshend and Monster Magnet. After recently restoring the original Misfits tapes for their box set, he was called on to remix their classic collection, 13 Cuts from Hell, which he reworked in Pro Tools, with astonishing results. Now without further introduction...

How did you start mastering?

Well, back in 1992 it was very expensive to master a record with the big mastering studios in New York City. The only alternative seemed to be sending it right to the pressing plant and have someone there do the transfer, which was almost always unsuccessful, not only from my perspective, but from the artist and label's perspective as well. So I just started doing it myself, literally from 1/2" to DAT and then just sending that DAT to the plant with specific instructions about IDs. I then began working only with CD pressing plants that would assure me that the tapes weren't going to be messed with. So, initially, it was mainly a budget consideration.

How did it shift toward projects besides those you were personally involved with?

Well, it was Caroline Records. I was engineering some projects for them at the time and wound up mastering those projects as well. Once I mastered a few things for Caroline Records, the head of production at the time asked me if I wanted to do this for other projects that were on the label. Initially, I said no! [laughter] I still had aspirations about producing bigger and more successful artists, and I felt that turning towards mastering would have interrupted that part of my career.

Sure it did. But Ialso found a lot of satisfaction helping indie labels and bands compete against the majors.

So what goes into good mastering?

It's knowing how to listen. Knowing if something sounds really good and not to touch it. Knowing how to add something, subtle or drastic, that will help, and not take away from other aspects. High quality gear and interconnects sure help. A huge factor is how a mastering engineer relates to his speakers in his room, how well he knows his room. Also, making sure that every piece of equipment or every process you add is carefully chosen, so that you know that that piece of equipment, even just plugging it in, isn't going to hurt the overall sound. It's often more that I am trying to get a greater result by accumulating subtleties. Every time you add a process, you risk degrading the signal. And, all through the process, you have to keep a subjective perspective.

So what do you think makes you personally qualified to be a mastering engineer?

Well, for me, it's been helpful that I've handled many of the other portions of the recording chain — tracking, mixing, producing, playing, writing — so that when I hear a track, I first and foremost listen to the classic parts of mastering — EQ and compression — but at the same time I'm also keeping in mind mixing and production aspects. It's usually not the best time to be changing an arrangement of a song, but sometimes bands want a song to have a different feel or sound, but technically, they couldn't achieve it, so we'll try a thing or two. Sometimes the band may take multiple versions home and call us after they've sat with it for a few days.

What's the best format someone can do a record on?

Pick a form at and get to work. Don't get hung up in the technology, and certainly don't get hung up on which format is going to be best to bring to a mastering session. Certainly, it's best to consult your mastering engineer, and plan out what formats they would prefer. I would suppose that some people who aren't prepared to do analog processing may rather have a digital master, and maybe that's a better route to go because perhaps they don't have multiple A/D conversion options, or whatever. So handing them a high quality 1/2" analog master could be anticlimactic, and you're just going to get your tape back and wonder where all your resolution went. I still feel that analog is better though. It seems more "malleable". You can do more to it without changing the original intent. Also part of the "pick a format and get to work" idea is not abusing the format.

Meaning that I'm always amazed at how much more potential there is...

Merrill Garbus is the founder and central figure of tUnE-yArDs, an extraordinary band that I have had the honor of traveling with over the past year in support of their fantastic album w h o k i l... 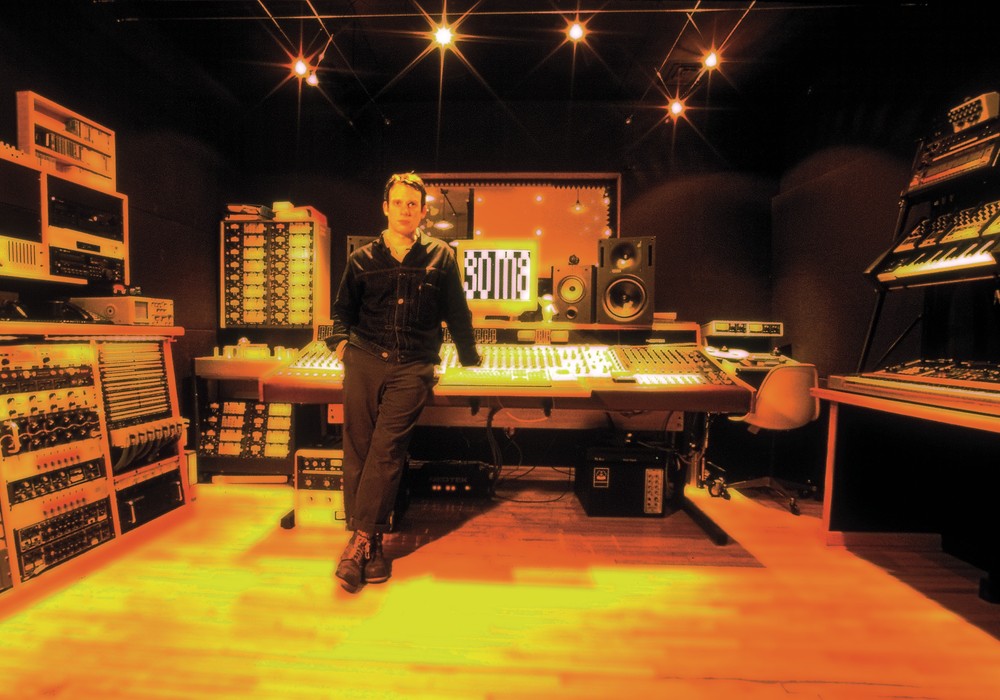 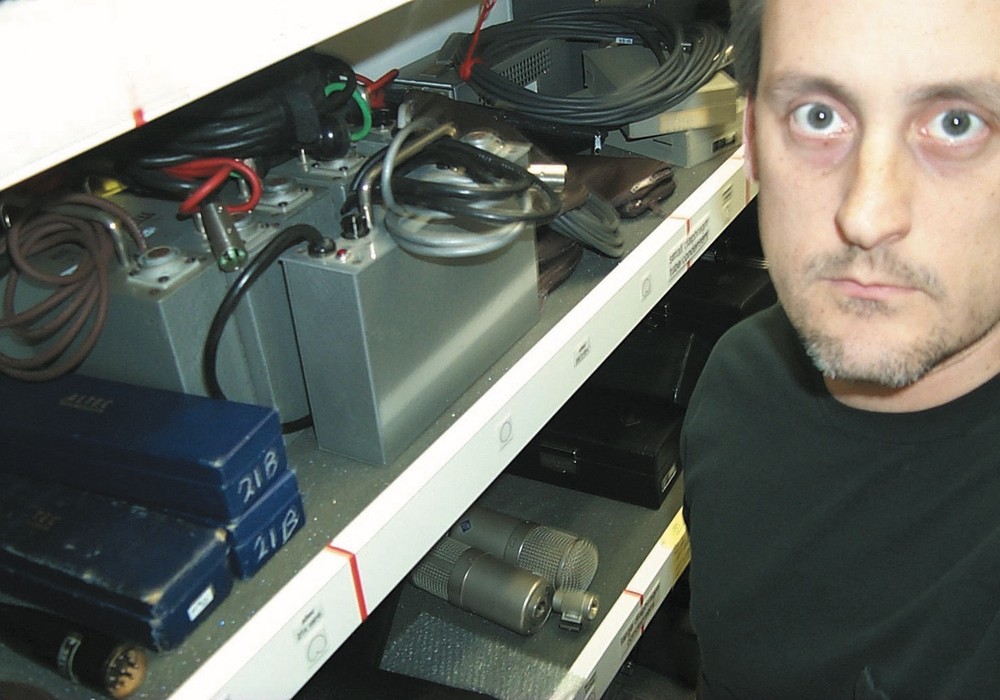