I was driving along a sunny strip of highway in the middle of nowhere, fighting off road trip hypnosis and the potential disaster that goes with it, when the mix tape supplied by a friend suddenly became interesting. Groovy beats, off-kilter rhythms and slightly skewed lyrics drifted out of the tinny car speakers, rousing me from my stupor. Solex sounded like nothing else I'd heard. Elisabeth Esselink crafts her Solex songs in the basement studio of her used CD shop in Amsterdam. She samples from bargain bin rejects, TV game shows and her own bootlegs of live performances. Her most recent CD, Low Kick and Hard Bop (Matador Records), offers new rewards with every joyous spin. I spoke with Elisabeth about songwriting and recording as she was getting acquainted with her new Macintosh G4.

How were you involved in making music before you started Solex?

In my first band I was a singer, and I've been a singer in a few bands and a drummer in one band, an all girl band. I did play guitar for a while but I've never played guitar in a band. I had classical guitar lessons, with a Spanish guitar, but it's not really used if you're playing pop music, I'm afraid.

You just happened to get a sampler at an auction?

Yes, that's correct. I went to that auction to buy CDs for the shop, because we only sell second hand CDs, so the first year we had to go to a lot of auctions. They sell a lot of stuff at this auction, they sell refrigerators, and drum sets, you name it they've got it. They had this sampler and an 8-track tape recorder, and I already had a 4-track tape recorder at home, so I knew how to work with that and I got it on the first bid, so it was really good.

How has your studio set up changed since then?

It was a very old sampler, it was only an 8 bit sampler. So the first Solex record, Solex vs. the Hitmeister, is made with that old sampler, and you can hear it a little bit because the sound quality isn't one hundred percent. After that I thought I might want to use a better sampler, so I bought a new sampler and I bought a digital 16-track recorder. I made the second record with that stuff and also the third record. 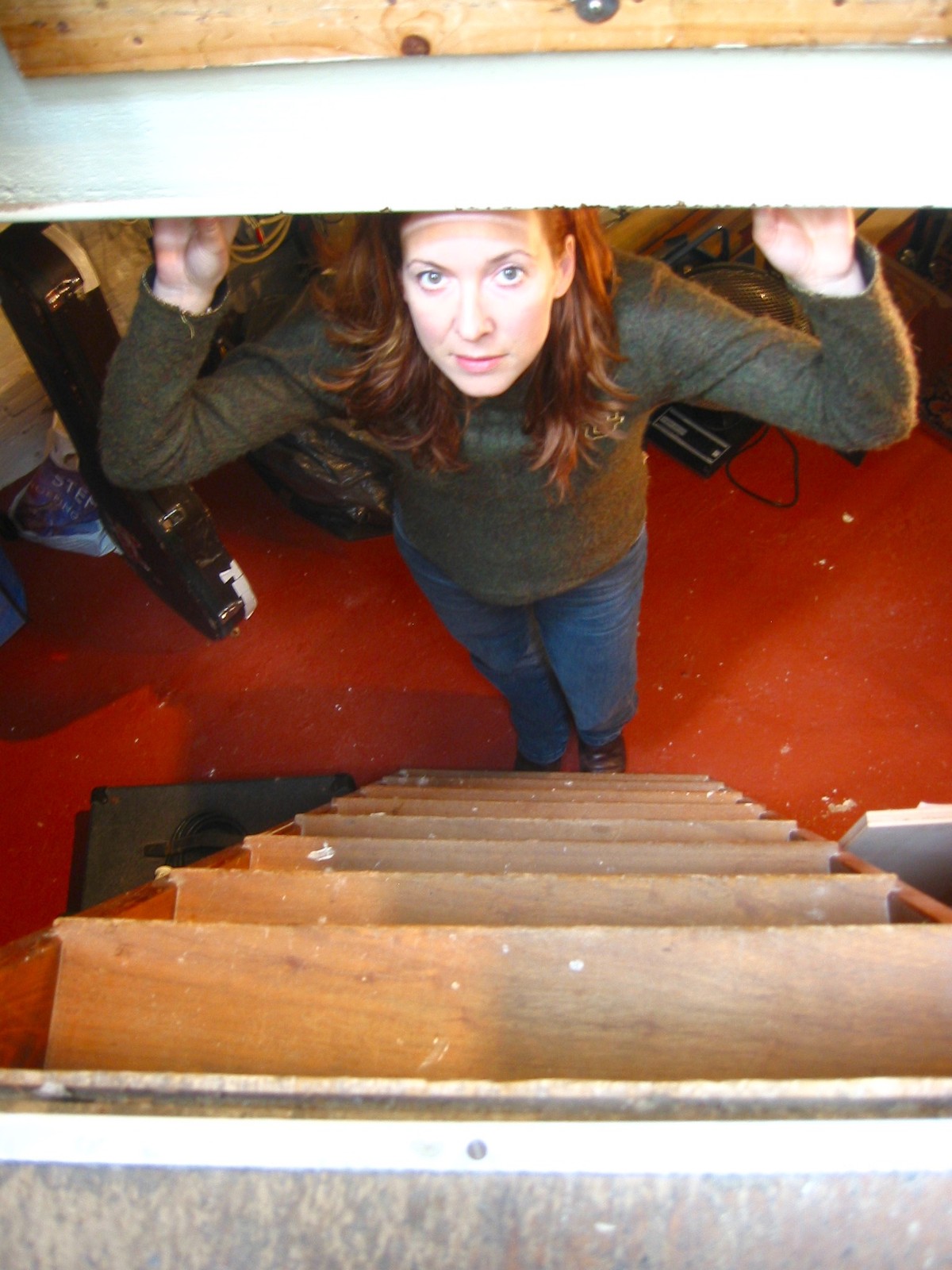 Now that you've bought a Macintosh G4 are you going to be using it for recording?

I'm not sure yet. Actually, when I started playing live with Solex I used backdrop projections, I went on my bike through Amsterdam with a camera on my shoulder and filmed the whole ride and I projected that during the show. Then my camera broke down and I didn't do it for a while, but now I really want to get into that again. I want to use Final Cut Pro, that's a video editing program, and so I want to use the computer more for film than music. I might use it for music as well, but I'm still very happy with the 16-track digital recorder.

And what kind of recorder is that?

It's a Roland 1680, it's one of the first 16-track digital recorders, and now they have only 8 tracks and 18 and 24 tracks. But it's very handy and it's got a lot of effects in it and I know how to work with it really well now so I've gotten used to it. 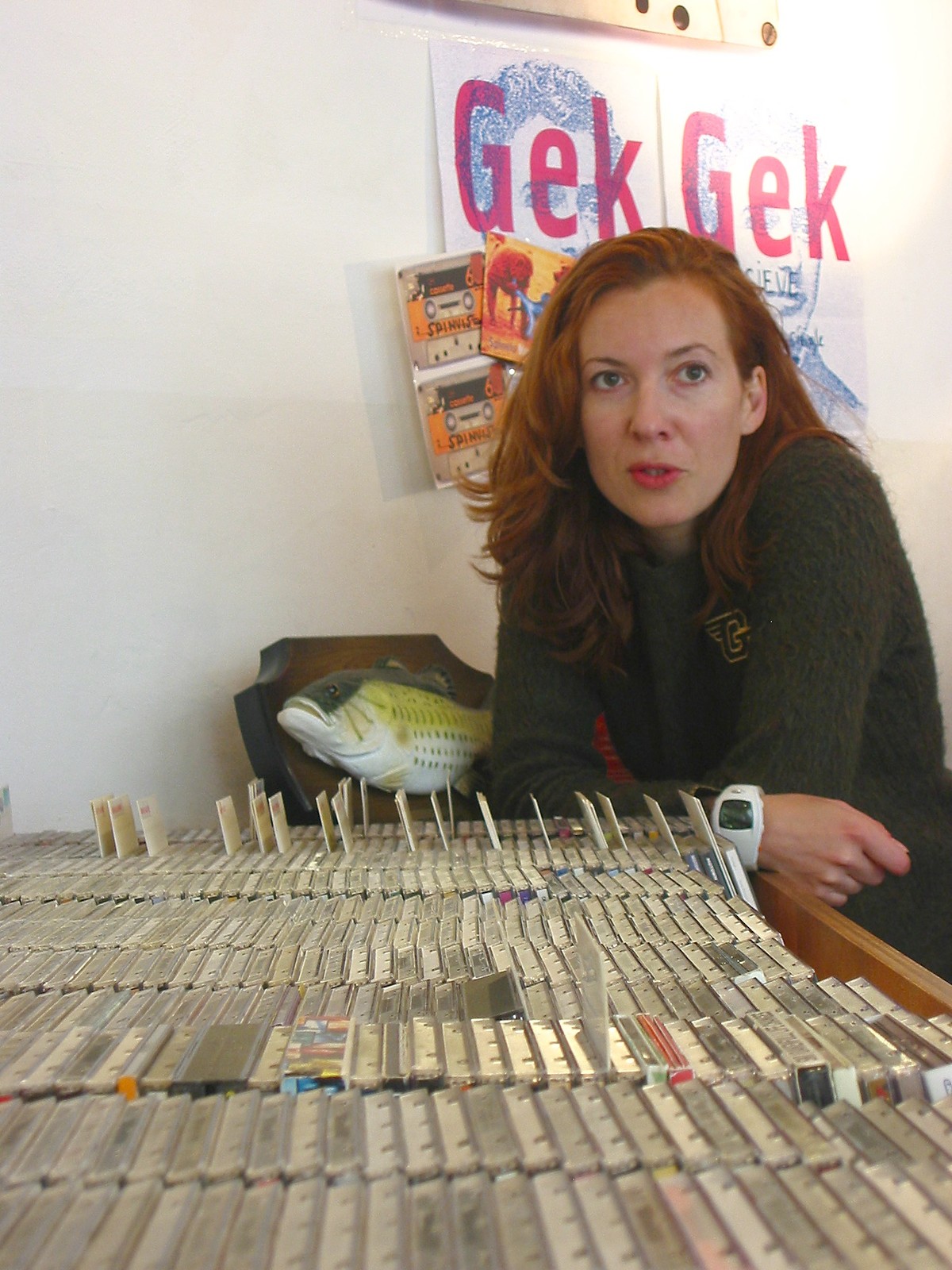 Is your approach when you're learning a new piece of gear to jump right in and play around with it?

Most of the time I just try to work with it immediately but then I have to get the manual after fifteen minutes anyway because I bump into problems. So in the end I read the whole manual, but I don't really start by reading the manual. It's also too abstract if you just read the manual and you're not working with it at the same time.

I read that you wrote forty songs for Low Kick and Hard Bop, is that right?

Yeah, I thought, "Well I'm really going to take my time for this one," because I didn't have much time for Pick Up, so I wanted to have the luxury so that I could make songs to fill the record. The idea was that I had a lot of options. And also I really wanted to add something with a new record. So you need a lot more songs so you can choose.

That's a lot of songs! Do you have a regular schedule that you follow to write that much music?

I don't really have a schedule, but I just go to the studio every day and so some days are really productive, and other days I don't...

If, by chance, you have not fallen off the face of the earth in the past couple of months, you've probably become familiar with journal of Mixerman, an anonymous diarist on www.prosoundweb.com who has...