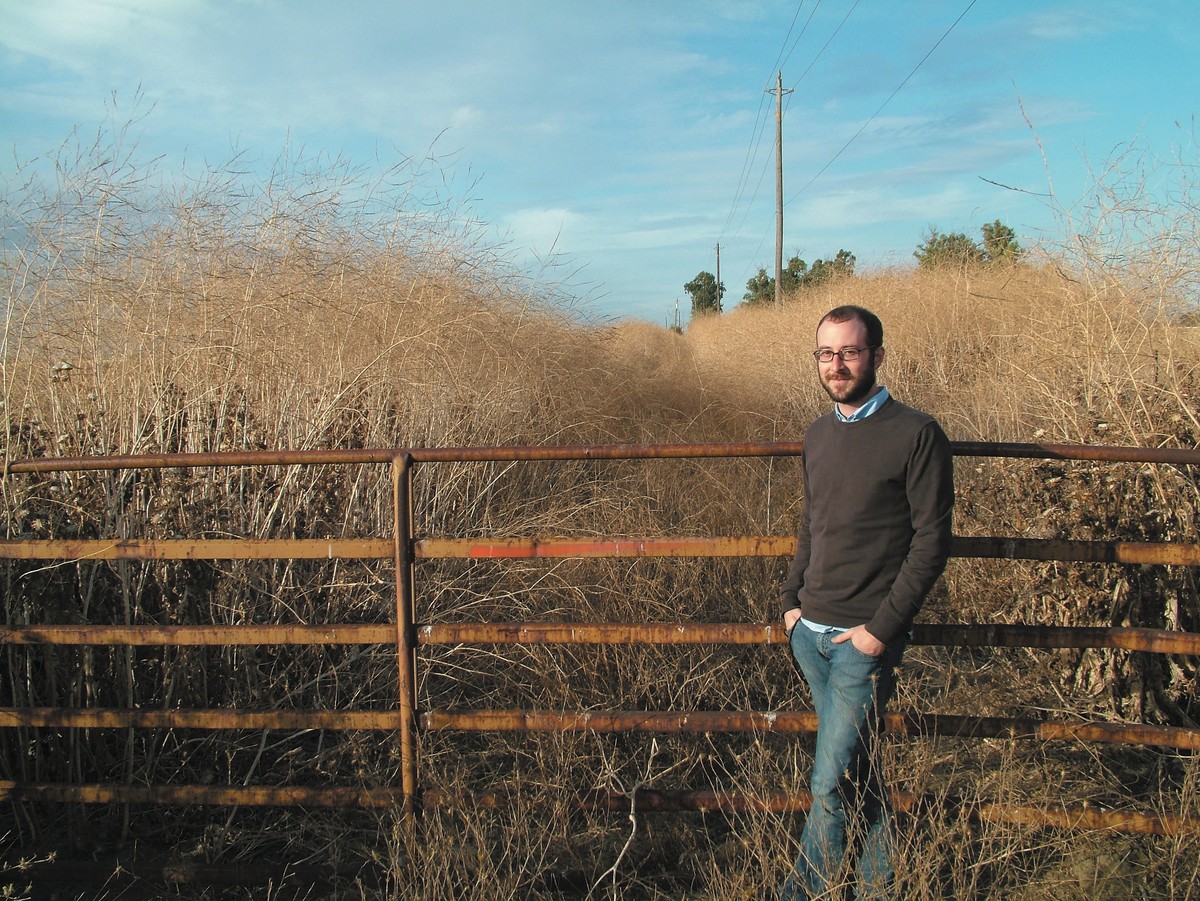 As I'm talking with Mike Mogis the afternoon before his sold-out gig with Bright Eyes at UC Davis' Freeborn Hall, it strikes me that, for him, balance means more than moving faders. In the past decade, Mike's successfully juggled the roles of in-demand engineer and producer, touring musician and owner of a solidly booked recording studio. More recently, he's added the titles of husband and father to the list. When I met up with him at UCD, his wife Jessica and daughter Stella Marie were both on the road with him. While I can't quite imagine how Mike balances all these commitments, he not only seems to take it in stride, but he seems to thrive on the balance between them.

Mike, along with his brother AJ, started recording music together at the ages of 11 and 12 with a Radio Shack mixer and a Tascam PortaStudio at their parent's house in North Platte, Nebraska. They eventually moved up to an 8-track and started recording local bands. Later came a 16-track machine, then some Tascam DA-88's, then Pro Tools. While they were going to school in Lincoln, Nebraska, they convinced some of the bands in the area to drive back to their parents' house in Omaha to be recorded in the basement by the "brothers Mogis." AJ and Mike eventually rented a house in Lincoln with a basement, and their folks got their basement back. Dubbed "Dead Space", the Lincoln basement became home to many of the Mogis' recordings, including those of Midwest indie bands like Boy's Life and Christy Front Drive (on Crank Records) along with Songs: Ohia (who drove down from Chicago and were on Secretly Canadian Records). During this time Mike, who was a business major, and his friend Rob Nansel, started a record label of their own in a bedroom in the Dead Space house as a school project. The label was called Saddle Creek and is now one of the more successful indie labels in the country. When Saddle Creek released the last two Bright Eyes records, Digital Ash in A Digital Urn and I'm Wide Awake, It's Morning on the same day earlier this year, both records were the number one SoundScan that week — pretty impressive for an independent label. While Mike has left the business side of Saddle Creek, he recorded and played on both Bright Eyes albums. In fact, he's engineered and/or produced much of the Saddle Creek catalog, including discs by Cursive, The Faint, Azure Ray and Rilo Kiley, who's 2002 album The Execution of All Things first hipped me to Mike's production talents. Since then, Mike and AJ have moved out of the basement and opened the solidly booked Presto studios, but we'll let Mike take it from here.

With your studio, Presto, there was no moment of, "Okay. Now we're going to build a studio." It just kind of gradually evolved?

Yeah, the last thing I actually did in the basement studio was this band from Belgium that nobody has ever heard of. Some of the older Bright Eyes stuff — like Fevers and Mirrors, was recorded in the basement, and that was the last Bright Eyes thing we ever did there. Cursive, a rock band that's on Saddle Creek — their Domestica record was recorded in the basement. That was the first rock record I'd ever recorded that I felt responsible for. A lot of this stuff was my brother and myself working on it together. There was a point that finally did come where we said, "Okay, let's take this seriously," and we decided to start looking around for spaces. The thing that really pushed it was that I bought a Studer 2" machine that I couldn't fit in the house. I had to leave it in storage. Now we had to find an actual space, because you can't tear that thing apart to fit it through a door. You either have to make a new door, which is what we talked about doing, but this was a house anyway and it was sort of a pain in the ass.

And your parents lived upstairs?

No, this was in Lincoln. My parents still lived in Omaha. This was just a house that my brother and I lived in.

So, then the next incarnation was Presto?

Presto, right. I couldn't think of a name, and the place that we found used to be a studio. A guy named Dave Snyder built the studio there and never quite finished it. It was actually designed by Fletcher from Mercenary Audio. I had gone on tour with Bright Eyes and came back from Lincoln about two months later — I was driving my car downtown. I always kept my eye on Dave's studio, just to see if he was doing anything and who would be recording there. So I drive by and in the window it said, "For Rent." So I was like, "Holy shit. That could be a good break for me." So I called the number and we had a lease in a couple of days. It was almost a fully built studio and it was such a perfect thing — and I had always liked Dave — he was a friend of ours.

That was about five years ago and now you're moving it?

No, it's still there. We haven't moved it yet. We're going to build a new place because Presto is in a flood plain and they're tearing out all of the street that I'm on and making a little creek that goes through. That probably won't happen for another twenty years. They've been talking about it for twenty years now, but it really became serious about three years ago where they said, "You're going to have to be out in six months" and we were like, "What?" Then six months would go by and we would never even hear from them, being the city — so we've been there. It's been good. The rooms sound all right, but there are some problems with them. They weren't built exactly to the specs that they were supposed to be. So, I bought this house in Omaha and behind it is a full size indoor basketball court — so it's five thousand square feet and the ceilings are thirty-something feet. Connected to that is an indoor swimming pool. It's all one big, L-shaped building — the guy must've liked to recreate. Connected to that is a four bedroom guesthouse. When I saw this listed, I thought, "That sounds ideal." I [thought] I could put a studio in the basketball court because you've got five thousand square feet and you could leave the pool — right now the pool is empty, but it could work.

Is it square? Could you skateboard in it?

You know, you could skateboard in it. It's kind of an L- shaped pool, though. I don't know if that's good or bad.

The rest of this article is only available with a Basic or Premium subscription, or by purchasing back issue #51. For an upcoming year's free subscription, and our current issue on PDF... 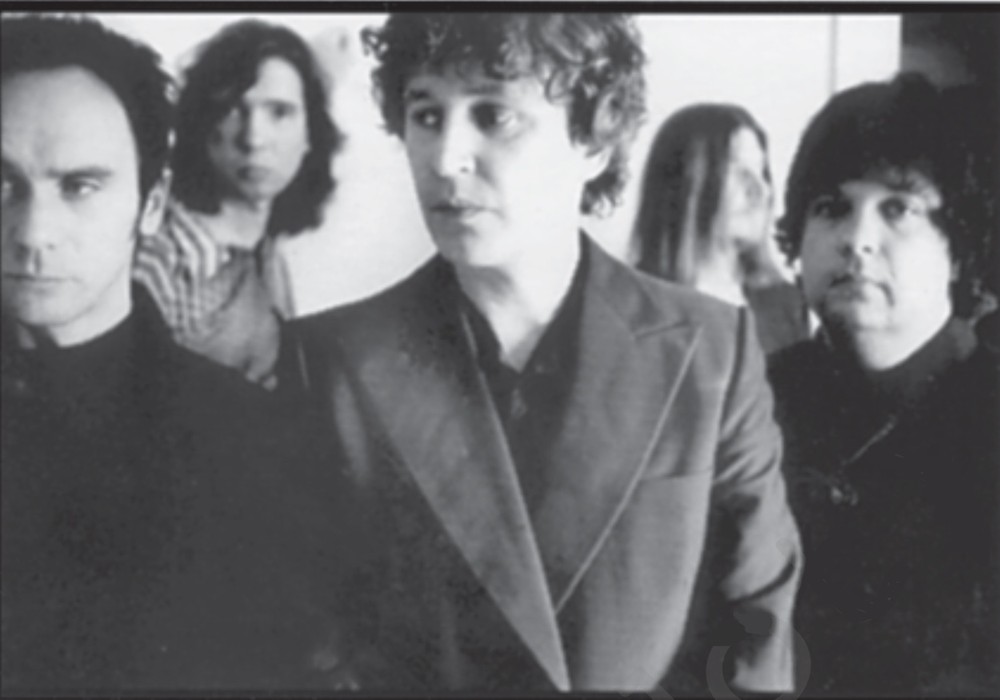 Gary Rhamy speaks in a booming radio voice, which must come naturally to someone who’s been in broadcasting for so long. He has been recording for over 40 years in Youngstown, Ohio, opening his... 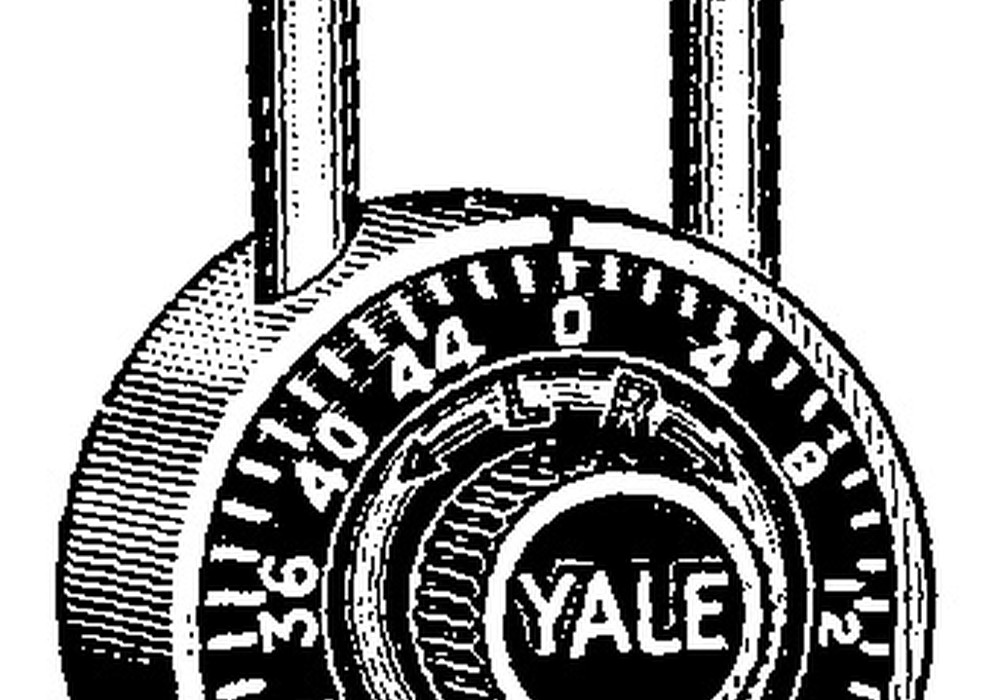