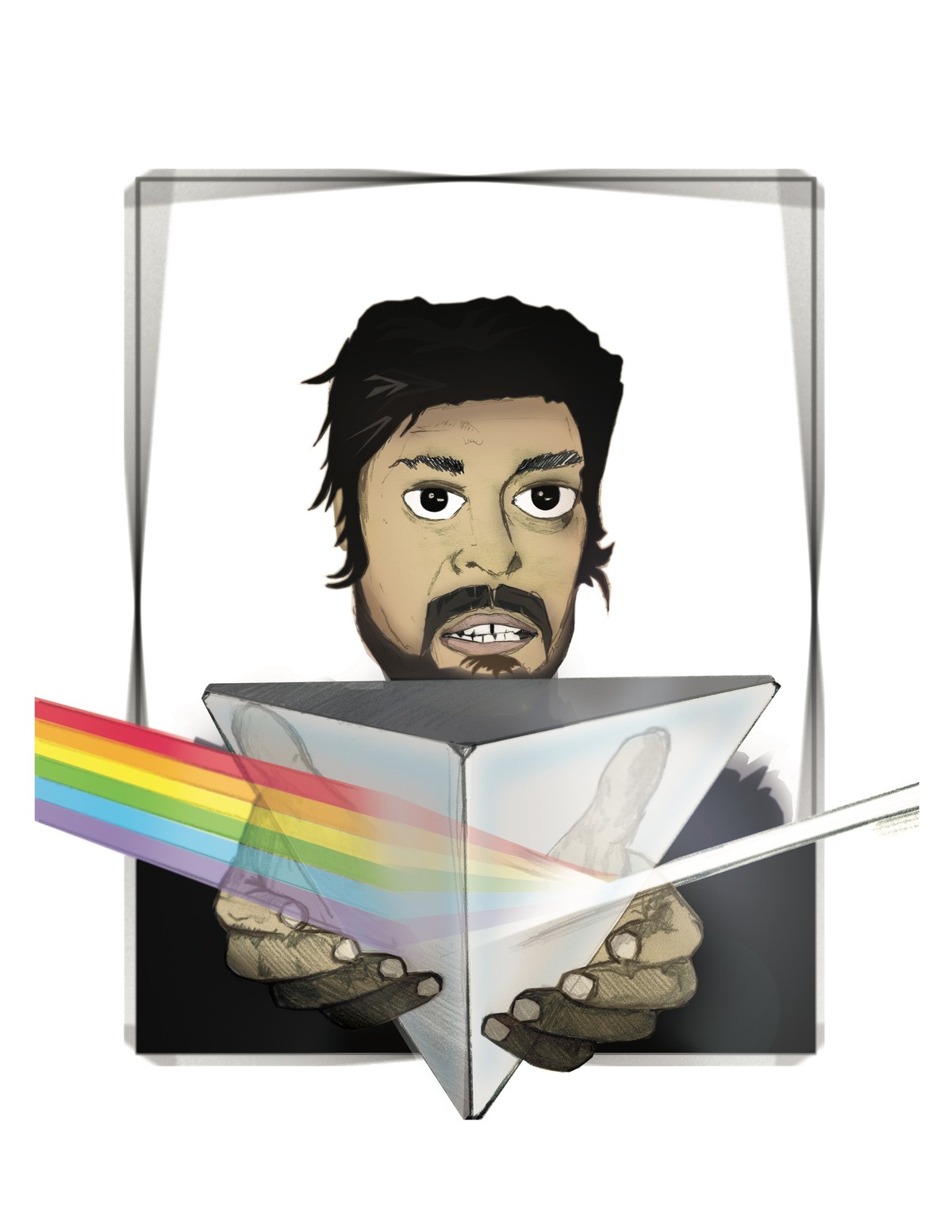 Alan Parsons got his start in recording through working for EMI in England. Initially he was dubbing tapes when he chanced upon an opening at the famous Abbey Road studios. After getting hired there, he lucked into sessions as a tape op/assistant on The Beatles' Let it Be and Abbey Road sessions. Mixing Pink Floyd's Atom Heart Mother eventually led him to engineering their classic, Dark Side of the Moon, where Alan's technical expertise and ingenuity combined with the Floyd's studio savvy helped to create one of the true milestones of recorded music.

Alan went from there to form The Alan Parsons Project with his manager Eric Woolfson, initially conceived as a possible one-off 'calling card' for his production/engineering talents but which soon led to a long career and many hit songs and albums.

John and I met up with Alan at his home in Santa Barbara. When we pulled up I could hear some music drifting out of the guest rooms above his garage, with a familiar slide guitar style. Alan turned to us beaming as he admitted David Gilmour of Pink Floyd had generously laid down tracks on a song for an upcoming Alan Parsons CD. I was able to sit in Alan's home studio with his collaborator P.J. Olsson and hear the whole song, a fantastic instrumental, which they were mixing in Nuendo. I also got a chance to admire a number of platinum records on the walls. We retired to Alan's home office for a chat while P.J. mixed another song and Alan's cats wandered in and out of the room.

Early on at Abbey Road you worked with Roy Harper on Stormcock?

I did the first ever session on the 16-track desk with Roy Harper in the number three studio. That was a good one. I was the first to actually get my hands on that board, the 16-track.

Was it working okay?

I guess they had a lot of technical staff there to ensure that.

Yeah, in white coats. It was really the first opportunity I had to do some engineering experimentation.

Who was producing on that?

I think it was just him. I don't remember anyone. Perhaps Peter Jenner or Andrew King — they would wander in and out...

Were they managing him at the time?

Probably. Those guys seem to have been involved with every Harvest [Records] act in one way or another.

I wasn't aware you worked on Pink Floyd's Meddle also.

I didn't! They gave me a gold album by mistake. [laughs]

Okay! So instead of sending you [a gold award for] Atom Heart Mother — they sent you Meddle?

I do know that you mixed Atom Heart Mother. One thing I've heard some people complain about was that they felt like the orchestra kind of lagged behind the band since they had the tapes done and played the orchestra over it.

It was a very difficult part — the brass. I mean you can hear how difficult... it was a stunning arrangement. It was, you know, I mean given today's technology of course you can tighten up every note and get everything lined up exactly, but yeah, it's not perfect.

But what records were in those days?

Being that it was such a long piece, did you mix it in sections and splice together?

Yes! Almost certainly that way. Anything that had a complicated mix like that — you would mix until you made a mistake, and then stop and then run back and, "That was good except this and so-so..." I did quite a lot of records like that.

On that song there's the weird talkback voices, like the "silence in the studio" thing. Where did those come from?

I remember it was Nick Mason's voice, "Silence in the studio." It was just a snippet that somebody picked up on and said, "Let's take that and put it in there." I don't think it has any conceptual significance.

Yeah. I was wondering if it was like, accidents and then you keep them...

Yeah, it probably was. Trouble is it's 33 years ago. My memory fails me on that one, I think! [laughs]

During the mixing, was Ron Geesin [arranger/co-writer with Pink Floyd] there or was it just you and the band?

I don't think Ron was around particularly for mixing. You know, I think his job was done. But I remember we had two completely separate gos at recording the brass. The first go was determined not good enough and we got the whole section back in again.

There are ways to conduct an orchestra in a such a way that you can pull them forward. It's one of the skills of conducting, actually. It's one of the things that makes you realize how difficult it is, really.

You've worked with Andrew Powell on orchestral dates. Have you used him recently?

Just the last album, which was The Time Machine.

You must be happy with his work.

Oh yeah. The album I'm doing now is much more electronic. It's a new direction

You heard one track that has got guitar all over it... that's an exception to the rule — most of it is synths and computer generated.

Yes. It's great. I actually feel that the formal process of mixing has gone away, it's just really mixing as...