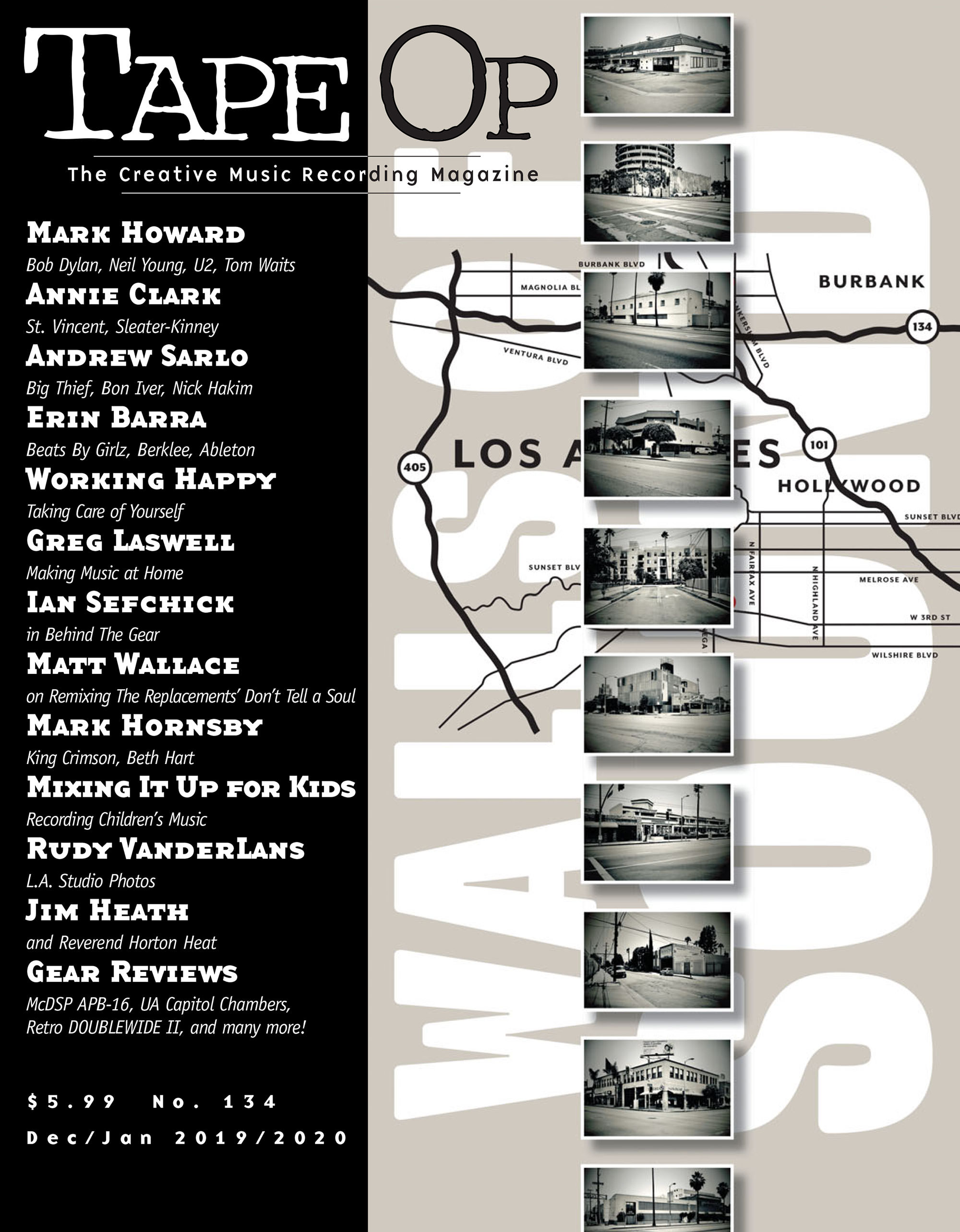 Larry is Tape Op's editor and founder; and his duties also include overseeing all the editorial for this magazine. But although I'm known as the "publisher," we always confer about what interviews we have on hand that will fit together well for upcoming issues. During the production cycle of an issue, both of us will come up with new ideas for photos and sidebars while I'm working on the design and layout. It's a fruitful,long-term collaboration.

During the final week of our production cycle for issue #133, we got word that our friend and Tape Op contributor Neal Casal had passed away from suicide. It was a difficult week to get through, but it instigated discussions between us and led to some of the focus of this issue.

Neal's death came just a few weeks after the death of musician David Berman (the Silver Jews), also by suicide, and the list of musical artists who have taken their own lives – both well-known and not so well-known – is getting too long. Contributor Justin Douglas had already submitted a piece, "Working Happy," and it felt like the right time to run it. It's the first article here, and I believe it's a good place to begin as you take in this issue. As we planned out the rest of the content, we found similar threads in the interviews we were running. Mark Howard discusses how he became physically ill from stress in the studio. Erin Barra notes how she feels happier understanding her role in helping other people with their music as opposed to pursuing a career as an artist. Andrew Sarlo discusses self-doubt, vulnerability, and how making great art can be very difficult. In his End Rant, Larry describes his struggles with feelings of frustration and anxiety when working on unattended mix sessions.

Even Annie Clark (St. Vincent), who most artists and producers would agree has had an enviable level of success, says, "You couldn't possibly judge me harder than I judge myself," at one point in her interview. Her take on life, work, and creativity is a good example of balance. As she points out, "I've learned the benefit – and you can speak to this too – of going, 'I am working these days. This is what I'm doing. Then these couple of days, I am not working.' If I don't specifically say I'm not working, I'll work all the time. Then I don't have things to bring into the work." 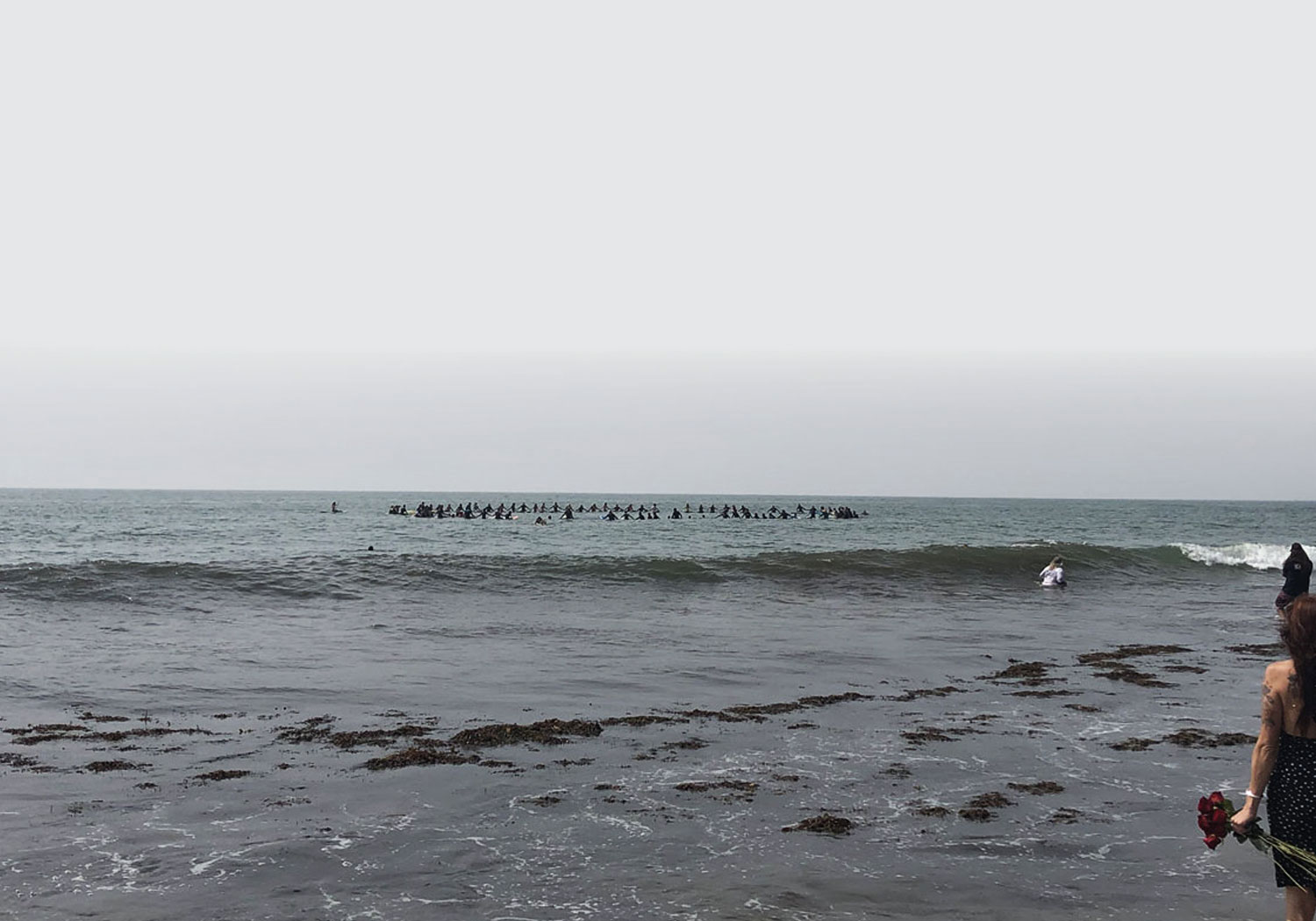 This issue of Tape Op is dedicated to Neal Casal. 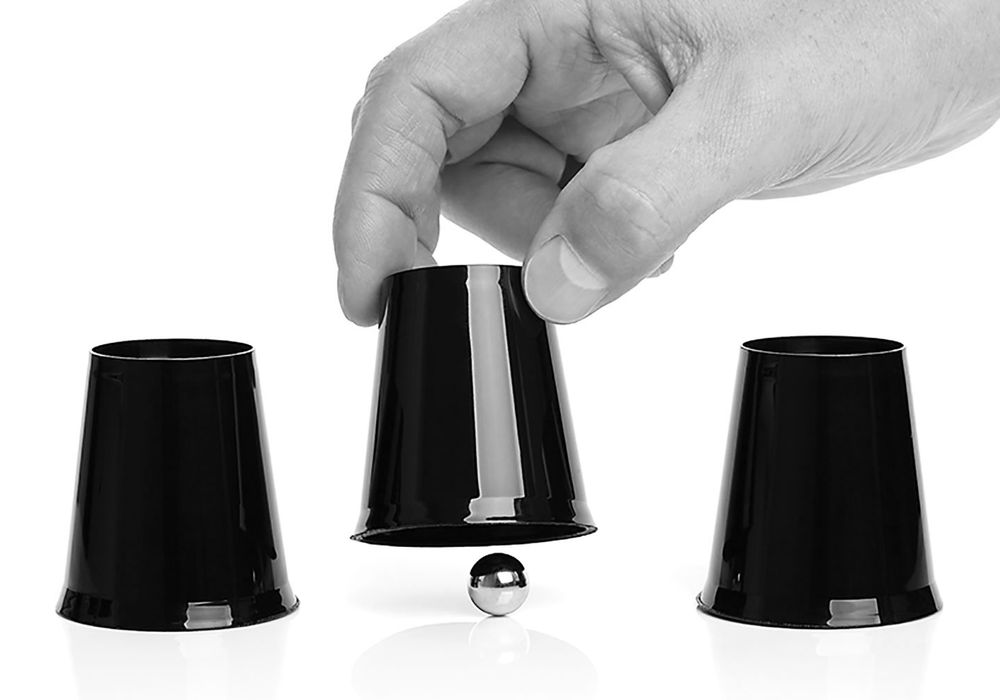 In issue #133 of Tape Op, I interviewed Andrew Scheps. "I take everything personally. I curl up in a ball," Andrew told me when we discussed dealing with mix revisions from clients. I've been...

Ever since I reviewed a silent, ionizing air purifier almost 20years ago [Tape Op #25], I've received countless requests to recommend an air cleaner for studio use. Just last month, I was asked this...

Anyone familiar with the iconic Roland Juno-6 or 60, will know and love the analog bucket brigade (BBD) chorus effect that is part of that instrument. Now that classic effect is available as part of a...

by PreSonus  |  reviewed by Ben Bernstein

I recently received the PreSonus FaderPort 16 Production Controller to review. Since the biggest difference between this model and the FaderPort 8 [Tape Op #119] is the additional eight channels, I...

The French brain trust at Arturia has done it again with MicroFreak; yet another brilliantly designed instrument that's intuitive, highly playable, and builds on some classic designs – but one...

by Vicoustic  |  reviewed by Jessica Thompson

Last winter, I set up an extra room in my house as a digitizing and restoration studio. I don't master in this room, but I still need it to sound good sothat when calibrating my tape machine,...

by Amphion  |  reviewed by Lars Fox

If you really think about it, choosing studio monitors is strange – they shouldn't sound like anything. They need to be capable blank slates. We base most of our decisions on monitors, but if...

by JBL  |  reviewed by Tom Fine

I wanted some small-format speakers for monitoring a transfer chain I set up to digitize a medium-sized pile of old NTSC videos. These videos weren't great quality in the first place, but I wanted to...

I have been the proud owner of the original Retro DOUBLEWIDE mono variable-mu compressor for several years now. It's a handsome, timeless, and classic-styled module that delivers character-filled...

by FreshBooks  |  reviewed by Scott McChane

Money and I just don't get along. Sound familiar? We're engineers, not accountants. Though it may be a tad pricier than QuickBooks Online, FreshBooks is very similar and a little dumbed down for us...

I reviewed the Aviom A320 & A360 Personal Mixer system [Tape Op #108] (quite glowingly) on these pages four years back, have been happily using that system ever since, and have been recommending...

Admission: I was first drawn to Heritage Audio's new Successor stereo compressor because at first glance everything about it screams "Neve" – metal knobbed 33609 and 32264a models are among my...

by Networx  |  reviewed by Garrett Haines

Many of you have run into this situation. You have audio cables that need to connect to jacks on the rear of gear and out to the front of a rack. I've drilled holes in blank panels, filed the sharp...

Ah, Neve EQ... the stuff dreams are made of. Famous for the 1073 and 1081. Fixed EQ points and basic controls. Warmth, silky smoothness, robust and solid lows. What if you could have all this in a...

We had this mic at Jackpot! Recording Studio for a while before I got a chance to try it out, so I dropped a line to our manager and Tape Op contributor, Gus Berry, to ask him what his impressions...

by BURL  |  reviewed by Larry Crane

As BURL's Mothership B80 [Tape Op #84] has gained popularity with serious recordists as a flexible system to build your own AD/DA converter interface, there's been need for more daughter card modules...

If you've been to Focusrite's website lately, you may have noticed that under the "Products" navigation menu, there is a "Focusrite Pro" tab. This tab brings you to into the realm of their RedNet...

The eight reverb chambers built under the parking lot of the Capitol Records building in Los Angeles are some of the most highly revered, and closely guarded, environments for generating natural...

In any discussion of large-diaphragm tube condenser mics, five models seem to get mentioned more than all others combined: the Neumann U 47, U 67, and M 49, the AKG C12, and the Telefunken ELA M 251....

by McDSP  |  reviewed by Scott McDowell

The most remarkable thing about McDSP's APB-16 is just how simple it is to use. One of their ads says, "The Future is Here," and they're not wrong! It really feels like Colin McDowell and his team has...

Hey, look! Unique low-latency plug-ins from Apogee Digital, the same folks that have brought us such stellar hardware interfaces over the years. Though it may strike some as a late entry into a...