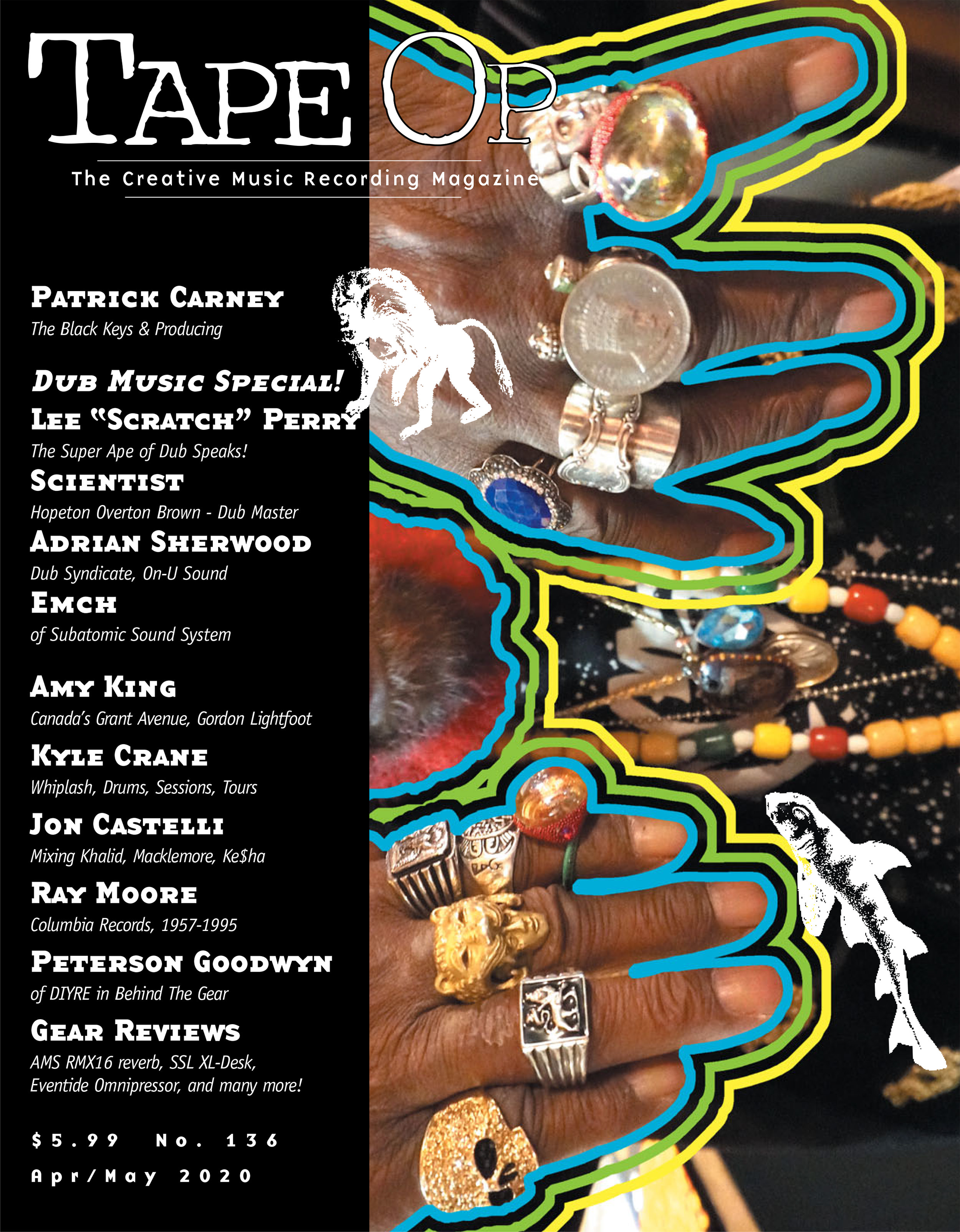 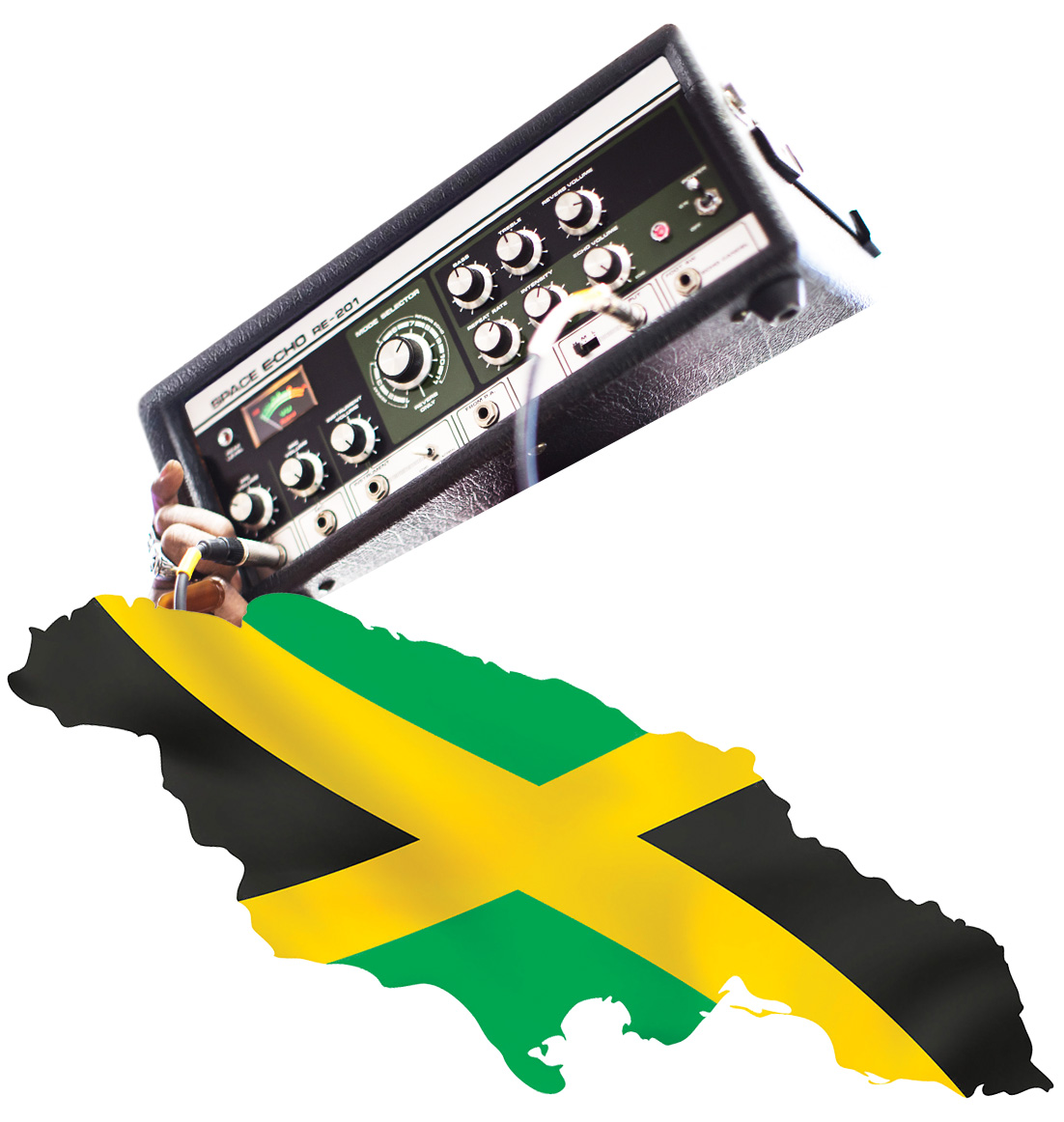 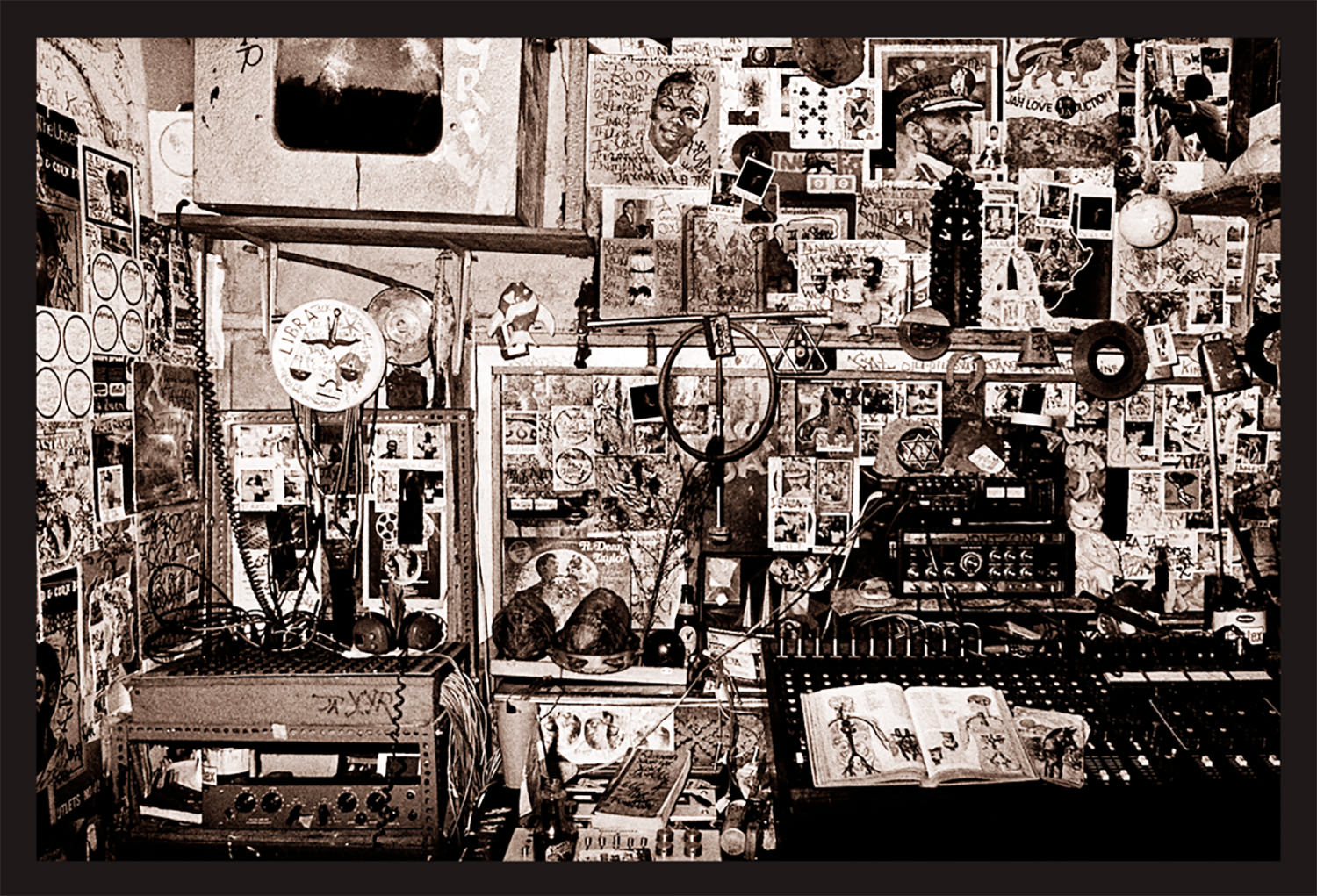 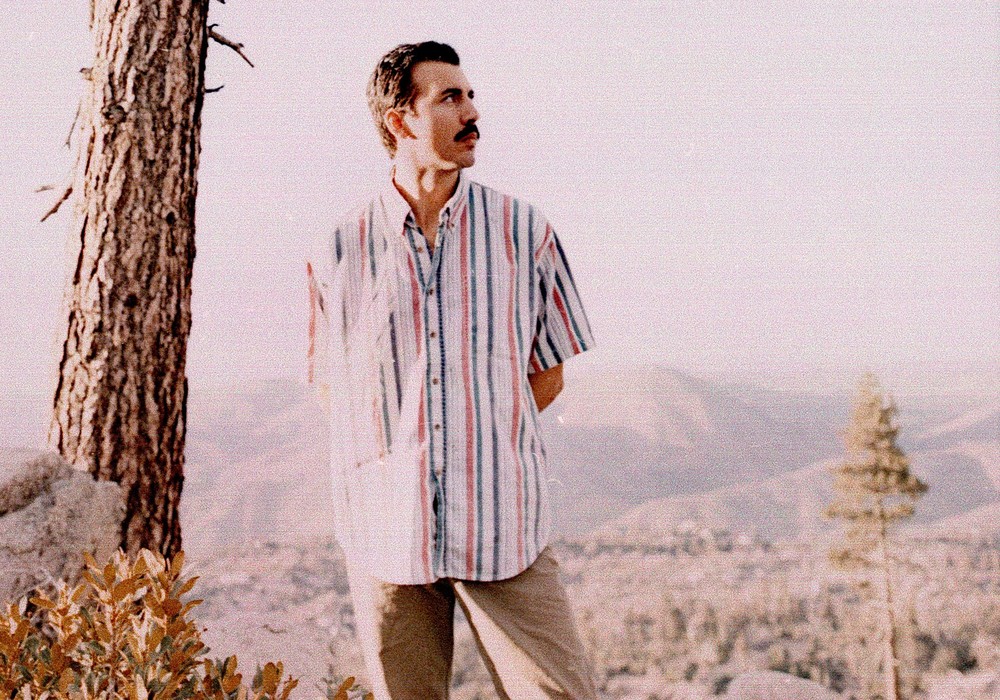 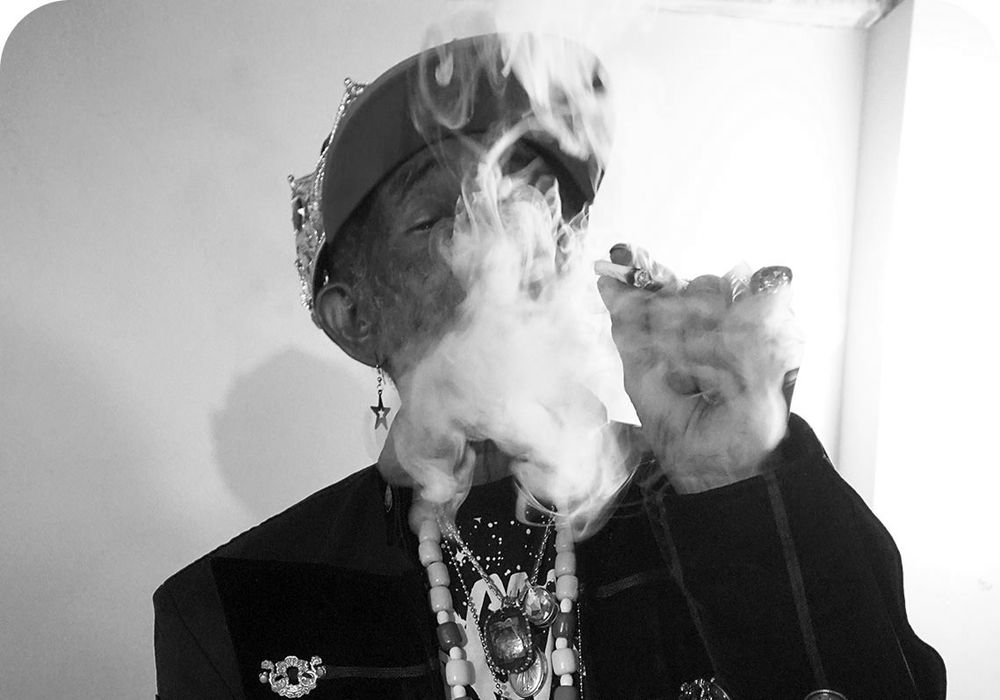 Lee "Scratch" Perry The Crocodile, Seattle, WA, 2019. by GS. Our heroes are flawed. Our gods will let us down. But there is no substitute for music that resonates with the soul when the listener...

In 2014, I wrote about Li-ion batteries and brushless motors revolutionizing the cordless power tool industry, and I mentioned a few of my favorite tools from Bosch, Ryobi, and Milwaukee [Tape Op...

Chameleon Labs has been around since the early 2000s, when they made their mark with their popular inexpensive British-style mic preamp and EQ, the 7602 [Tape Op #51]. John Baccigaluppi reported in...

"Why did the producer cross the road? Because that's how The Beatles did it!" I forget who first told me that joke, but if you can relate to it the way I do, you're going to want to check out the new...

The UAD VT-737 is a recreation of the renowned Avalon Designs 737 tube channel strip [Tape Op #28]. At a glance, the basic features of the channel strip include a preamp section with +45 dB of gain, a...

by EUMLab  |  reviewed by Scott McChane

Not everyone needs a click track, but even the best of musicians can struggle at slower tempos on a Tuesday morning in an unfamiliar environment with headphones strapped on. If the band is tight, I...

by Steinberg  |  reviewed by Scott McChane

A few weeks ago at the airport, I noticed a Best Buy vending machine ready to dispense various electronic goodies like laptop chargers, headphones, lightning cables, and an audio interface. I'm sure...

by Kazrog  |  reviewed by Andy Hong

I'm sure you've read countless interviews and reviews in Tape Op mentioning how analog gear can impart "depth," "weight," "sheen," or that elusive "glue" to a track or a mix. Much of the time, these...

In my experience, germanium circuits are not for the faint of heart. Not for playing it safe. Not for those seeking clarity, or wanting to retain transparency. This type of design is for the engineer...

Arturia expands its AudioFuse line of USB audio interfaces with the 8Pre, a versatile single rack space unit eight input preamp/audio interface that has up to eight channels of ADAT I/O, plus USB-C...

I've been using the same nearfield studio monitors for almost ten years now. My main pair is no longer in production, and my alternate pair is from a company that shut down – and I've been...

I first met Bryce Gonzales about five years ago through our mutual friend and pillar of the Los Angeles music community, Jonathan Larroquette. Jonathan is a longtime manager, fixer, and fixture at...

Described as a "Dynamic Stereo Width Maximizer," SideMinder was developed by Jeff Rippe, former president and chief engineer of Rocksonics, and current mixing and mastering engineer at Raising Jake...

A huge part of Eventide's identity lies in their lineage in modern recorded music and the resulting imprint these contributions have left on the landscape of record making. Imagine your record...

This book, subtitled Stompbox Effects for Creative Music Making, is a welcome guide to how the conversation around instrument pedals and recording has evolved over the past few years, especially with...

by Tascam  |  reviewed by Dylan Ray

The decade that had the most impact on my musical growth and development was the '80s; it was a ripe and fertile time for new recording technologies and techniques. Many artists seemed quite intent on...

GIK Acoustics is known for its beautiful, effective, professional room treatment solutions, so you may be asking why an acoustics manufacturer of their stature would bother to offer foam panels at...

Built for the 500 Series format, the Avedis E12G has 12 bands, instead of the customary ten found in many graphic EQs. The additional frequencies provide for 12 kHz (filling the gap between 8 kHz and...

With the release of the new Apollo x4, UA keeps the hits coming with a revised and expanded desktop interface utilizing the recent conversion upgrades found in its rackmount sibling "x" range. At a...

by u-he  |  reviewed by Vince Chiarito

u-he's Satin is a "tape simulation" plug-in unlike any other that I have used. It's not an exhaustive emulation of a specific analog machine, nor is it a simplified saturation box. Instead, Satin aims...

Leapwing Audio, makers of the exceptional DynOne dynamics plug-in,now approach stereo manipulation with the release of StageOne. With three distinct uses, this plug-in is beneficial in mixing and...

Chase Bliss pedals have become somewhat of an obsession for me as of late. Hopefully, it‘s healthy – I can't tell anymore. Ostensibly a two-channel micro-looping delay, M O O D is Chase...

Andrew Roberts started Purple Audio and came out with the MC76 limiting amplifier in 1997. Informed by Andrew's years as a tech, the MC76 implemented the classic UREI 1176 Revision E compression...