We've seen a lot more documentaries come down the pike lately, and thanks to a multitude of cable channels and video streaming we have ready access to many of these films. And, lucky for us, a lot of them are about music! This one, The Wrecking Crew, is one of the most important, in my opinion.

As most of our readers likely know, the Wrecking Crew were a loosely-labeled bunch of Los Angeles session musicians during the '60s who played the instruments on hit songs for the likes of the Beach Boys, Frank Sinatra, Nancy Sinatra, Sonny and Cher, Jan & Dean, The Monkees, Gary Lewis and the Playboys, The Association, The Mamas & The Papas, Herb Alpert & the Tijuana Brass, Ricky Nelson, Johnny Rivers, as well as becoming Phil Spector's "Wall of Sound." Over the years Tape Op has featured interviews with Larry Levine, Carol Kaye, Bones Howe, Snuff Garrett, and The Byrds' Roger McGuinn. All appear in this film, and, during the course of this documentary they, along with many others, tell the story of The Wrecking Crew. At one point in the film, various folks respond to the question of how many people were considered part of the Crew. The answers, unsurprisingly, are all over the map.

Director and instigator, Denny Tedesco, began this film in 1995 when he realized his father, famed guitarist Tommy Tedesco, was diagnosed with terminal cancer. It may have taken many years, but the film is a labor of love in many ways. I've done events with Tommy before, and he's a great guy, so I dropped him a line. 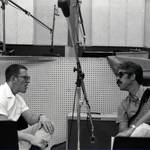 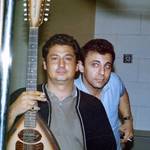 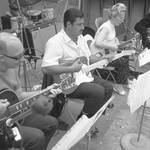 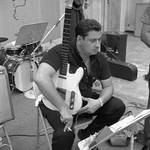 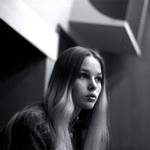 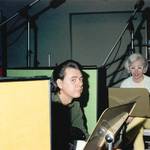 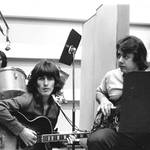 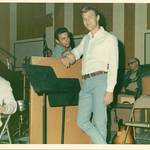 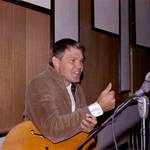 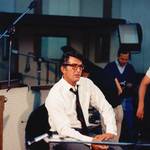 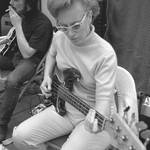 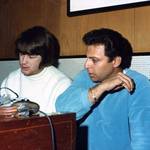 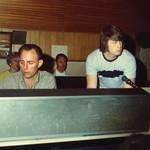 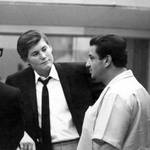 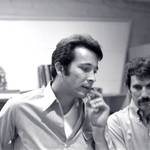 What are your memories of visiting studios with your dad?

I only have a few memories. I must have been 5 or 6 when he would do the Green Acres TV show every week. One week the family was going away on a vacation, and they decided to go to work with Dad and leave from there. My memory of composer Vic Mizzy is still etched in my mind. He was conducting with such dramatic movements with his arms that I thought it was the funniest thing in the world. I had no idea what he was doing. But Dad never took us to work. He was gone all day. I asked my Mom a question about certain dates, and she said Dad's comment was, "A plumber doesn't take his wife to work." It was all business.

When did it become apparent that the story of this film had to be personal, and not just about the players and the times?

We had cut 30 minutes of the film when a friend, Grady Cooper, asked me why I was cutting it this way. His comments were stinging. "Any one of us editors in the building could cut this the same way. You have insight that none of us have, and you're not going there." And I wasn't. My ego was getting in the way — I wanted to be known as the "director" of the film first, and not the son of the musician. We talked about it with Claire Scanlon, our editor, and I started messing around with a VO [voice over] at the beginning. It was the best advice anyone could have given. That personal side of the story added another dimension to the film that viewers could relate to.

Obviously editing this material would be difficult. How did that process work?

Claire was kind enough to give us a month to play around before she went onward. In that time, I was still trying to find money. Then we decided to just go for it and borrow money to start cutting. Claire wasn't available, and I had to hire someone else — that was a disaster. He wasted not only two months of my time, but so much money. I always felt ripped off. I had to walk away. Claire became available after that, and we started cutting again. It was great. We put our heads down and went for two months. Claire would rough in an edit and we'd discuss it. Then I'd remember something from another interview that could work, and vice versa. We would argue about certain things, but I had to be very convincing to win one over Claire. It made me a better director and storyteller. The true test was the test screenings. What amazed us were laugh points that we didn't even know were there.

These songs evoke strong memories with most viewers. How did you decide how long a track could play before going back to interviews and dialog?

That is just the feeling between Claire, myself, and Bob Bronow, our sound mixer. You start feeling when you need a break of talking heads, and what is playing at the moment either works or doesn't.

I've interviewed Snuff Garrett before, and he's got a mouth on him! How do you edit out all of his swearing?

I didn't. I got a PG rating because of my father swearing and smoking, plus Leon Russell and Snuff's swearing. I'd rather have a PG. These guys aren't choirboys! They're musicians!

At the end of The Wrecking Crew it's obvious that this was a certain time and place, and that something like it will never happen again. But the good thing is that we have all this wonderful music. And now we have a film to honor the musicians and show us who was really there behind it all.