The Ocean Blue have been making dreamy pop albums since the late ‘80s. Their new release, Kings and Queens / Knaves and Thieves, is a perfect example of a self-recorded album that works in the best ways. When they came to Portland to perform, main songwriter and singer David Schelzel dropped by my Jackpot! Recording to chat about the records they made in the past and how they work together now.

The Ocean Blue started playing in ‘85 or around then?

It's a little confusing. We met when we were in junior high, which would have been in the mid ‘80s. We made music together for a long time before we ever really played out. I think our first live shows were 1987. We got a manager that year and started playing out for the first time. Then, in 1988, it led right into shopping for record deals. We had made some recordings that caught a lot of peoples' attention. 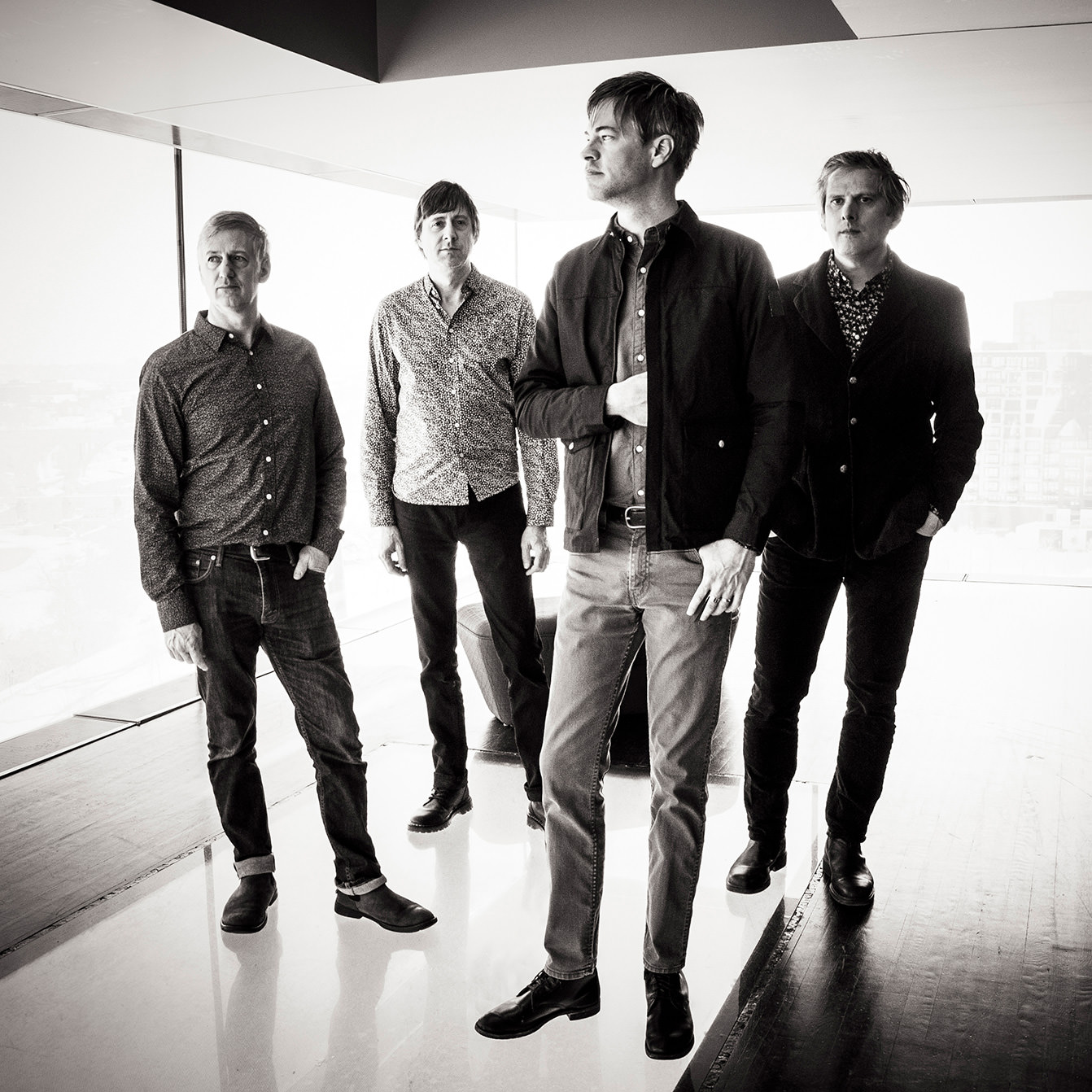 Did you do them locally? Did you guys grow up in Hershey, Pennsylvania?

We did. Our drummer lived a little bit outside of Hershey, in a town called Reading. He had a pretty good (for the time) home studio. I think he had a Tascam 8-track machine. He was really into recording. I think a big reason he was interested in what we were doing was just to be able to make records, so it was good.

So, you shopped those around and Sire Records picked you up?

Yeah. I realize now how super fortunate and lucky we were. We had a lot of interest from major labels. I think there were six or seven labels that came to see us play at a club in Lancaster called The Chameleon, where we recently played, at a different venue, the other night for our record release show. But Sire was really where we wanted to be. So many of our favorite bands were on that label. [Label head] Seymour Stein himself came and saw us and was super excited about the record. He gave us an extraordinary record deal, a commitment of three records with options for more. We knew that if we were going to sign with Sire, we'd do at least three records and could develop as young artists. It was a great time.

You were sent to the UK and worked with John Porter?

I know you guys were inspired by The Smiths, whom he'd produced.

Oh yeah, huge Smiths fans. It was nuts. Seymour suggested we go to England to make the first record, because we were so influenced by English bands. We were super green.

How old were you at that point?

I was 20; The other guys were 19 and 18. We had never been in a major recording studio. I was, and remain, a pretty weak singer and guitar player. But John Porter was amazing. He's a sweetheart of a man. He loved our music and kind of nurtured us around. He was a perfect first producer to work with, very patient. We worked in Matrix Studios, which is the same studio where "How Soon is Now?" and a lot of great Smiths tracks were recorded. John would show us, "Oh yeah. Johnny [Marr] played through this amp. This is how we created the tremolo effect." It was pretty dreamy. I learned a lot about singing from John. Singing live is much different than if you're going to try to capture a vocal track. I learned even more about recording guitars, and the concept of double-tracking guitar.

Or just breaking different parts into pieces for different sections so you can really focus.

Exactly, like, "We're going to do this little noodley distorted thing through this Fender Bassman." I'm like, "That sounds terrible, John!" Then he'd fly it into the track and it would be a brilliant little thing.

Was he working on coaching you on vocals; like enunciation, phrasing, and meter?

Yeah, he did. I think it was mostly just trying to get me comfortable as a singer, to try and forget about what was happening and be able to be myself. Also working with the technology of punching in and comping. I had never done anything like that. For a weak singer like me – who can't just get up and sing a couple takes and it's done – it was really helpful to understand that process, and how to work with headphones and mic technique. He really coached me through all that. We weren't an easy gig for him, I don't think.

Gary Rhamy speaks in a booming radio voice, which must come naturally to someone who’s been in broadcasting for so long. He has been recording for over 40 years in Youngstown, Ohio, opening his...