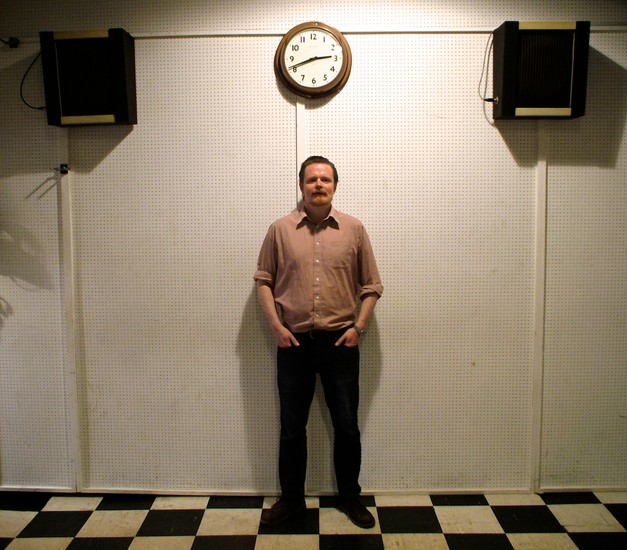 In issue #15 we ran a rather brief interview with Liam Watson about his London-based Toe Rag Studios. In the following 12 years I always remarked that Tape Op needed to revisit Toe Rag and chat with Liam again, as his profile has only grown larger with well-received albums by The White Stripes and James Hunter coming out of this 8-track, analog-only, retro-leaning (and looking) studio. So revisit we did, and Liam proved to be a lively gentleman. His studio was nothing short of fascinating; it is a special place, one that engenders a different way of working. Liam's attention to songwriting, playing, vibe and feel puts him in a classic producer's role. Toe Rag has seen sessions by Billy Childish, Hugh Cornwell, The Cribs, The Datsuns, Holly Golightly, The Kills, Madness, Pete Molinari, Supergrass, The Ettes, The Television Personalities and The Zutons come through its doors. Many more are to come, for sure.

What started you on the quest in 1991 to build a studio like this? Had you worked at other places?

No, not really. If we go back to when I was a little boy — I've always been interested in music and my parents had Beatles records and other '50s and '60s music. When punk happened in 1977 I was a little bit too young to be really involved, but by the time I left to school I'd learned to play punk music on the guitar and I started playing in bands. When people started to take punk a little too seriously, and the music wasn't so good either, I started getting more interested in '50s and '60s music. I had bands and we wanted to record. I started to wonder why certain records sounded like they did. I found out the older records were mostly recorded using 4-track whilst the new records were recorded using 24-track. If I was going to be recording with my band, I didn't want to do it on 24-track, so started looking in the back pages of the music papers for a studio that had 4-track. I didn't find any as they didn't seem to exist anymore. We found an 8-track studio that (looking back) wasn't very good — set up in a garage with no control room and pretty bad sounding. This led me to be more interested in finding out how things worked. I started with old reel-to-reels I'd get at jumble sales and experiment. I'd start talking to other people in bands that had more experience, like Billy Childish; his bands in the '80s — like Thee Milkshakes — were quite inspiring. I would get one of their records and it'd be, "That's more like it!"

Well, it sounded like the band when you'd go and see them live. Sometimes I'd get a record by a band I'd enjoyed at a gig only to be disappointed with the sound. That's what made me get into my home recording. It wasn't unusual in the mid-'80s for a pretty straightforward garage/rock'n'roll/punk group to release a record that sounded like A Flock of Seagulls complete with a "Born in the U.S.A." drum sound. You didn't hear that on a Milkshakes record and that was definitely part of what inspired me to get more into recording and to work out how to do things for myself. By 1990 I had more equipment and thought I'd got alright at recording in my flat, then at the end of 1991 my friend Josh Collins proposed renting a warehouse space where I could set up and have a go at doing it more professionally. Josh invested some money to help get things started with the agreement that if the studio broke even and was self supporting within the first year then I was on my own, if not then at least we'd given it a go. Luckily things worked out, and I've been going even since.

Yeah, 20 years! The studio's been evolving for quite a long time now. I was speaking about this the other day with Brian Gibson [former Abbey Road maintenance tech]. He's been working in studios since the '60s and he said, "Well, a studio is never finished. It's always evolving." Which is right! I just rewired the patchbay last January and, fuck me, that was a pain.

With some of the older equipment you've got different impedance loads, as well as things that we don't experience with the more modern recording equipment too, right?

Yes. I've calibrated everything to the 200 ohm standard. What is a bit of a pain in the ass is all this standard 600 ohm stuff has to be padded down by about 8 to 10 dB to interface with the EMI desk properly. I don't really wanna think about the loading when I patch something. But that's why I rewired the patchbay using transformers and lots of other stuff between the gear to match it all.

Well, it's a bit too late to start a restaurant or whatever. I enjoy doing this. I don't...

Mike Patton keeps busy — that’s for sure. Since his early days with rock band Faith No More (pioneering the rap-rock genre with their seminal hit “Epic”), through the...