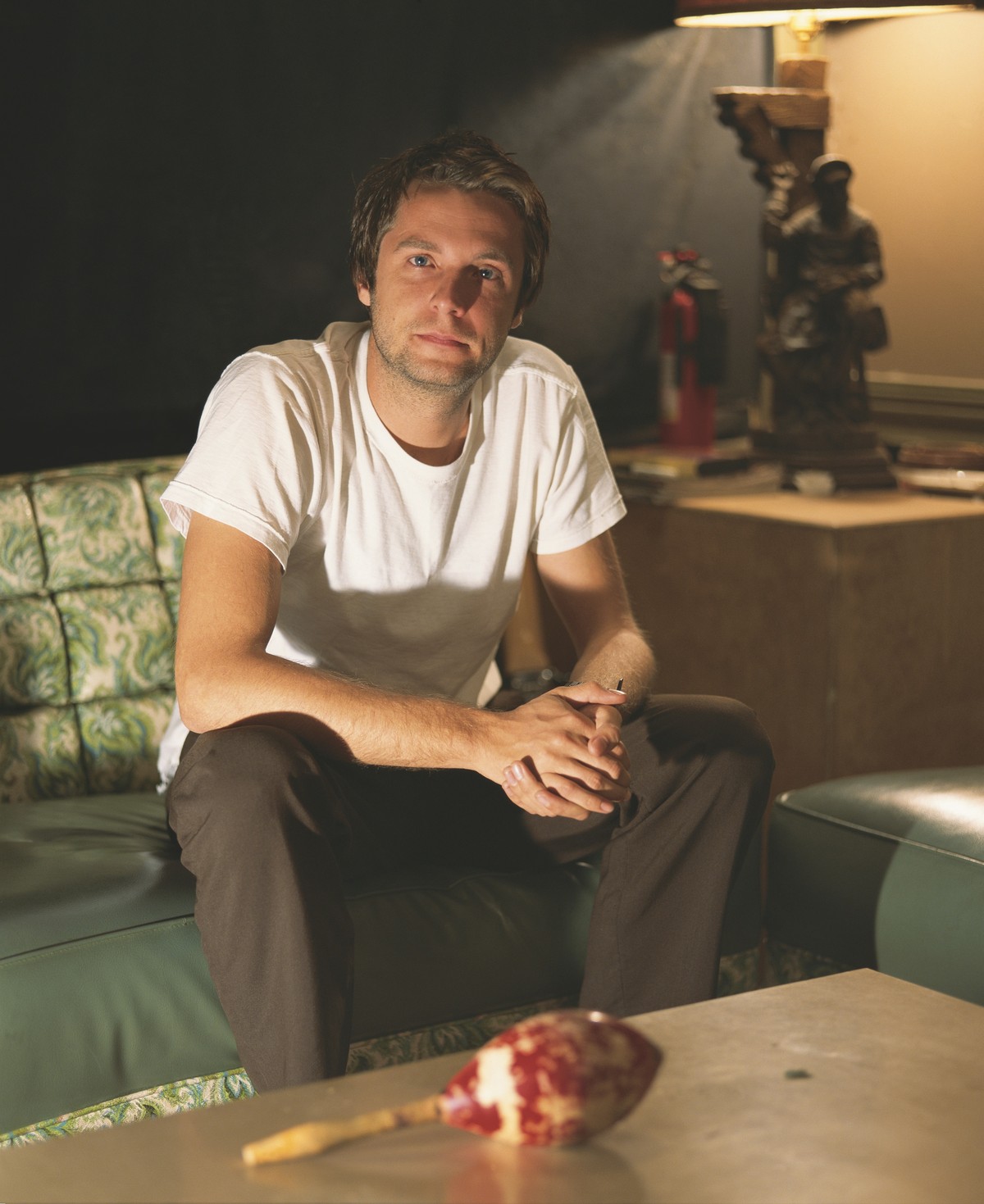 Eagle Rock, California, is just a short drive due east from Hollywood, but culturally, the distance between the two is immeasurable. There is a small block in Eagle Rock with three unassuming storefronts that house three different recording studios: Dave Trumfio's Kingsize (re-located from Chicago), a studio run by Manny Nieto, and The Ship, a collective-run studio founded by Aaron Espinoza and friends. The low-key, almost invisible locale gives the area an anonymous identity, creating fertile ground for creativity.

Espinoza, frontman for the band Earlimart, is also making a name for himself behind the console. In addition to recording Earlimart's new album, Treble & Tremble, on Palm Pictures, he has worked in his studio with The Breeders, Elliott Smith and The New Folk Implosion. He is also slated to work on the new Scott Kannberg/Preston School of Industry (ex-Pavement) record as soon as he can find time when he's not touring with Earlimart.

Aaron started out recording like a lot of engineers these days... in his bedroom. The first two Earlimart records were recorded in his home, dubbed "The Filthy Whore".

"After recording a bunch of my friends' bands for free, I finally got the courage to ask for $100. That was one of the hardest things to do." He continued to record his friends' bands, as well as the first two Earlimart records, but soon came to realize that a larger space was needed to make more "legitimate" recordings. In 2000, Aaron and the other members of the collective found their current studio digs and named it "The Ship". It is a 1000-square foot space with high ceilings, seemingly perfect dimensions for a small studio. Aaron bought a Soundtracs console and found a MCI 2" 16-track on eBay for $900, but all the wires to the remote had been snipped.

"We were soldering for so long," he told me, drawing out each word. Still, it was a bargain. They then spent the arduous hours required for getting a space conducive to archiving music.

"I didn't really know how the studio should be constructed, but I built a few walls and called it a studio. I think all musicians have been carpenters at one time or another, right? When we got the space, it had been home to a bunch of pigeons for a long time, so I was down on my hands and knees scraping pigeon shit off the floor forever!"

Once the studio was up and running, everything seemed to work itself out. There is always the dilemma of how to keep a studio afloat during down times when the phone never seems to ring, but The Ship has never been in jeopardy of closing its doors. "The studio, being a collective, makes it possible to survive every month. There are a couple of bands that rehearse here, and I'm not the only engineer. So we can all do lots of projects without having to worry about the rent."

Another important factor is that that The Ship has not placed itself in grave financial danger by purchasing lots of very expensive equipment and running up a huge debt. This enables them to keep their rates low.

"Having a cheap studio is important to me. If the band is paying too much it takes the fun out of it. If you have someone watching the clock the whole time... you know, sometimes you gotta spend half an hour trying to fuck up the keyboard sound. I like to try out things with bands and being a cheap studio lets me do that. It takes time to be creative. You gotta plug in pedals, EQ things... I don't have a box that says, 'weird fucked up distorted vocal sound.' The technique depends on the delivery of the singer, their particular vocal tone, and lots of other factors."

Aaron continued to record his friends' bands, including Irving and Pine Marten. But soon thereafter, he began getting requests from more recognizable artists. When Aaron was contacted by Kim Deal (Breeders, Pixies) to record demos of some new Breeders songs, he had to repress his excitement and act unfazed. "We were playing in the live room and I'd have to act cool because...

If you spend some time around Trey Spruance, it's not uncommon to hear him expounding on Islamic theologians, geopolitics or holes in the Big Bang Theory. Yet Trey is better known not for his...

Teetering stacks of cassettes and CDs line every wall, occasionally broken up by whimsical relics, such as the bust of Elvis lamp and vintage board games. There are a lot of ideas that live in this...

Phill Brown has had a 30 year long career as an engineer, something most of us are barely even capable of imagining. And not only has he been working for a long while, he's worked with some of the...