Ade Fenton is a creative, masterful cutting-edge engineer, producer, DJ, and composer based in the UK. He has worked with Gary Numan on his past four studio albums, Savage (Songs from a Broken World), Splinter (Songs from a Broken Mind), Dead Son Rising, and Jagged, as well as having worked on many of Numan's live recordings. His sonic work is spacious, sometimes dark and haunting, and frequently soaring.

How did you meet Gary Numan, and what is your working relationship like?

We met through a mutual friend 15 or 20 years ago. I had quite an established career as a DJ, playing the DJ circuit, and had a couple of techno labels. I always loved listening to music, going back to Cabaret Voltaire and all sorts of weird music. I hadn't thought at the time to make non-dance music. I started making tracks and playing them for Gary. I think he probably expected it to be crap. He didn't get what I was doing in the techno world at all, but he quite liked these. When he was writing his album Jagged, he had me produce one of his tracks. He ended up really liking it; he signed me up for the album, and we've worked together ever since. We have a fantastic personal and professional relationship. I guess with people who work together as friends it sometimes gets in the way, but it actually helps that he trusts me personally and professionally, and likewise. He knows that if I have a problem with something, or if he has a problem, we'll go with whatever is best for the album or track we're doing. It just works. A couple of years ago we had a little bit of a break with one another because I was working on a project. When we got back together for Savage, we both felt like it might be tough to get back into the swing of things, but it was just ridiculous. From day one it was fantastic. We spend very little time in the studio together. One of the main reasons is because he's in Los Angeles and I'm in the UK, but with technology the way it is now, we'd be swapping arrangements in real time with high-speed internet. We'd use FaceTime, Dropbox, and figure out in two minutes if we liked something or not. It really is like being in the studio together. We got together for the final two weeks of the album to tweak and keep on improving it, but most of the time we actually did work remotely.

Do you prefer to work in isolation in the beginning?

Absolutely. I think a lot of that comes down to trusting one another. I know we have a very similar take on music. I know what he wants, and he knows that what he's going to get from me is going to be 95 percent right. When we go off track slightly, having that ability to just be completely honest with each other is really important. That isolation is crucial. I'm very much an experimentation person when it comes to electronic music; it allows me to be a producer, going along in my studio, and make wonderful noises. I don't think that he's got the space to do that anymore, so he lets me do it.

Gary was saying he'd send over MIDI files to you. He'd trust you to replace the beats and sounds?

Yes, that's right. He writes most of his tracks now in Omnisphere, which you can do loads with. He'd give me MIDI files, with all of the vocal melodies and chord progressions. That would be a basic guide for how he wanted the tracks to sound. Then he'd say, "Hey Ade, you can do whatever you want to now." I'd use those as a guideline to start experimenting with analog synthesizers, and all sorts of other things, to see what sorts of sounds I could come up with. He draws the map, if you like, and then I follow and elaborate on that quite heavily.

So when it comes to mixing, did you guys mix together in person?

We used a mix engineer named Nathan Boddy. We used him on the last three albums, as well as Savage. I have a very, very close relationship with Nathan. He's far more confident at mixing than Gary and me put together. I would give Nathan a full Logic project, which sometimes contained 80 audio tracks that had been approved by Gary, and Nathan would send Gary and I back... 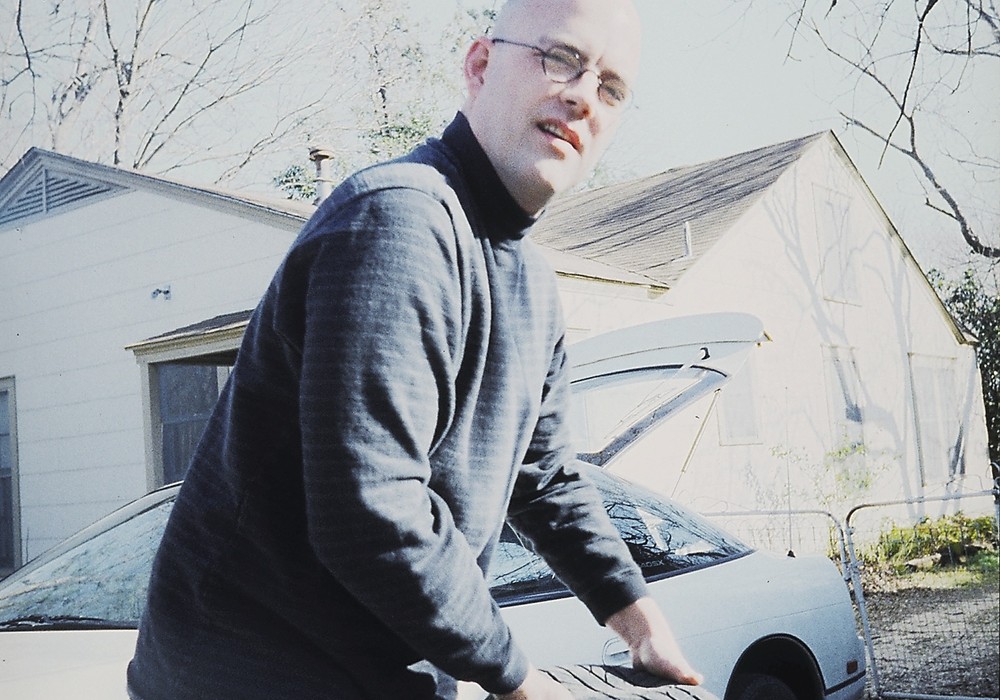